[Part one can be found here]

With both sides having won on one flank, Gnaeus recalls his victorious cavalry, sending them back round the rear of his army to confront Hasdrubal and his hordes.  The Roman centre is under severe pressure and the triarii are having to be committed forward, which means that they will need reinforcing if they are to hold Hasdrubal off. 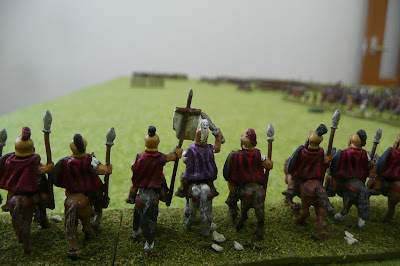 View of the field. 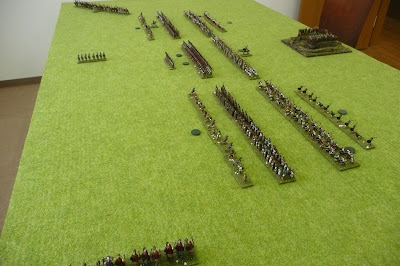 Hanno and Hasdrubal now have victory within reach, but it will require a concerted effort.  The infantry oblige, scoring four hits along the line, with most of them in the centre where the veteran legionaries continue to bear the brunt of the Punic fury. 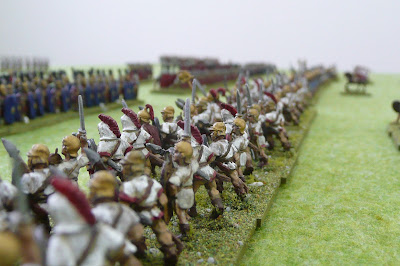 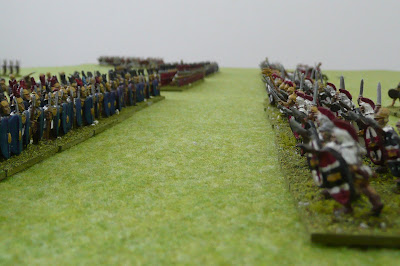 But these farmers are made of stern stuff, and it will take more than a few hill-tribesmen to send them on their way. 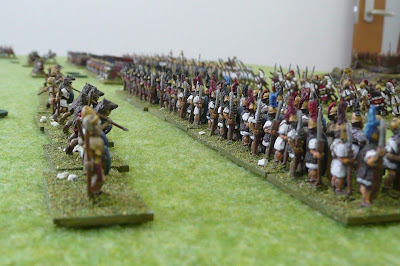 All examples of Roman stoicism aside, the situation is dire for Scipio.  His centre is almost entirely spent and it has nowhere to fall to back due to Hasdrubal's presence in the rear.  The men there have no choice but to hold their ground and take the fight to the enemy, whose right is also becoming dangerously spent.  The question is, who will break first? 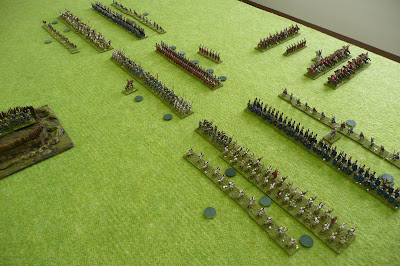 Turns 6 and 7.
Hasdrubal engages the Roman reserve - comprised of triarii and blown horse from the right - and scores another two hits.  He is proving to be a commander of genius! 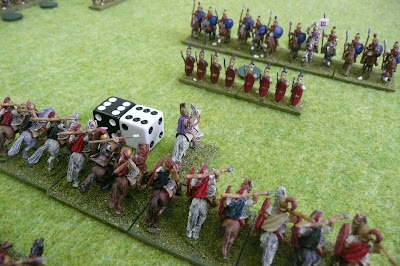 The Roman centre begins to crack, and a unit of legionaries shatters.  Is Gnaeus going to be defeated? 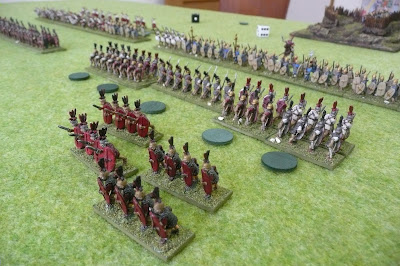 But Gnaeus will not countenance a loss, and continues to exhort his men on to greater deeds, as is right and proper for a Roman.  And it is not false hope: the battle is still in the balance. 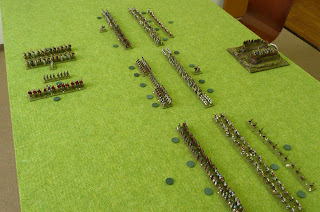 Spent zones everywhere!  First hit will cause a shatter. 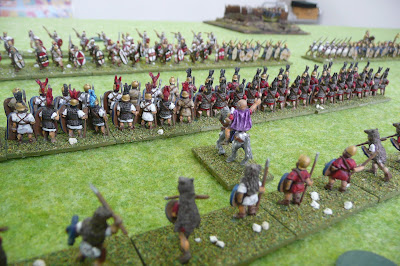 And Scipio's personal intervention turns the tide: his men - the men of the left centre - break through, and the Punic army dissolves! 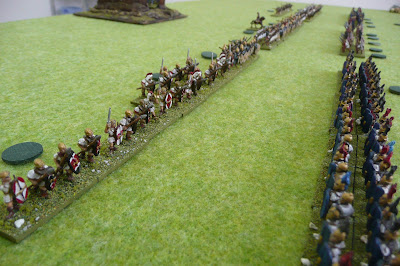 Two hits, and then they run! 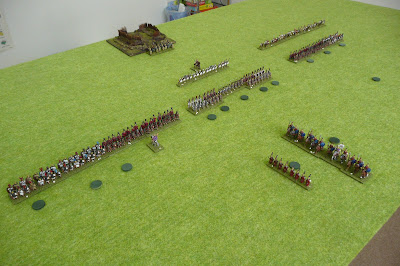 Well, not entirely dissolved - there are still five Punic units left on the field, but surely they will depart soon enough. 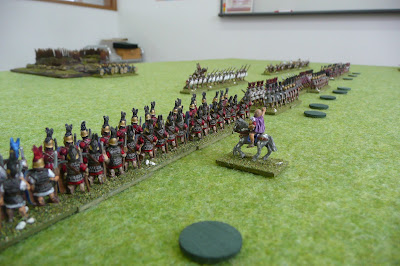 Scipio praises his men (and thanks his lucky stars).
Turn 8.

This Hanno character does not know when to give up.  His men attack again.... 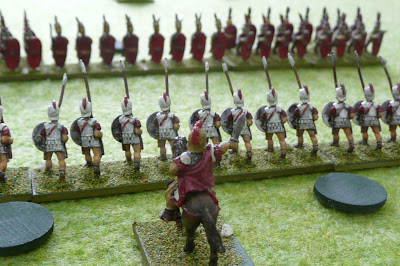 ...and they've have put the fear of Capitoline Jove into the Roman veterans.  Three hits are scored, three units are shattered, and the centre falls back in near panic.

The exhausted troops of each army try in turn to finish those of the other off, but neither side can force the shatter that is needed. 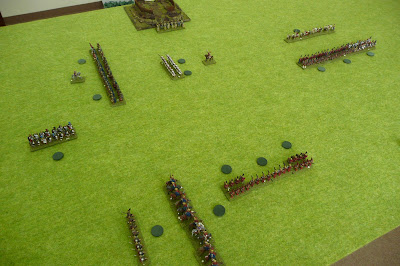 The Carthaginian reserves venture out from the camp to support their brethren, and the veterans turn back to the fray, but it is a stalemate.

Finally, dusk falls, and the Romans pull back, allowing the Carthaginians to return to their camp unmolested.  It is a draw, and Hanno has shown himself to be an inspired commander in beating the odds to claim a share of the field.
Posted by Prufrock at 1:50 AM