Now that my second Late Republican era Roman army is painted up thoughts have naturally turned to getting them to table, so last night I set up Pharsalus, using the Strategos II scenario for Lost Battles.


The battle started dramatically as the Pompeian cavalry charged their Caesarian opponents and immediately crushed them. The attack was so swift Caesar's carefully selected 'fourth line' of legionaries could not come to the support of the cavalry in time.

(Pompey took a risk in charging from distance and using almost all the army commands in paying for three combat bonuses. On this occasion it came off splendidly).

Pompey advanced his left centre and centre off the hill to link up with the victorious cavalry while keeping his right in place to see if he could tempt Mark Antony to advance and so break up the solidity of the Caesarian line.

(If Antony advances out of the line Pompey will gain two significant advantages: a) Caesar's veteran legions will not be able to use their ability to slide across the field to relieve one another, and b) Antony will be attacking uphill.)


Caesar's men were left with no choice but to make the best of the situation. The Caesarian 'fourth line' swung into action and began to drive into the victorious (but now disorganised) cavalry. Who could blame the horsemen for feeling that they had done enough fighting already?

(By using commands judiciously and giving combat bonuses to the key attackers wherever possible, Caesar was able to begin wearing down the Pompeian forces).


For the next while the infantry lines engaged each other while Caesar's fourth line veterans slowly forced back the Pompeian cavalry.

The fighting was attritional, with both sides taking casualties and exhaustion beginning to take its toll.

The Pompeian cavalry eventually broke, and with his own position becoming increasingly precarious, Caesar ordered the victorious troops forward at the double to relieve pressure on the main infantry line.

(Caesar used the once-per-game perk of a brilliant general to reverse the turn order and get his fourth line into action again immediately, this time against the light troops harassing Caesar's exposed flank).

As the infantry units began to break, Pompey's position on the left became increasingly exposed. But with Mark Antony shuffling troops away from his own section of the line to reinforce the centre, the great man sees an opportunity to move to the right and advance his fresh troops down off the hill.

As if the gods approved this move, Caesar was wounded trying to steady the line just after Pompey's departure.

(As a result of this wound Caesar will not able to contribute any further command resources to the battle - note that the way I have done this is not strictly as written in the rules!).

Pompey is now outflanked and his left is soon in full retreat. His legionaries in the centre and right have not yet given up, however. The Caesarians in front of them are wavering: Antony desperately tries to muster his strength, but the reinforcements he sent right earlier are nowhere to be seen.

The Pompeian centre crumbles under pressure from three sides, but in the time this takes Pompey destroys Antony's command. There is no one left to oppose him, and with a third of his force still intact Pompey marches towards Caesar's camp.

The battle is inconclusive. As for whose cause is most damaged, much will depend on the severity of Caesar's wound...

It is a clear victory (in game terms) for Pompey.

A very interesting and quick playing Waterloo simulation arrived in the mail the other day. This is from an outfit in Finland, U&P Games, and comes highly recommended by Phil Sabin. Besides looking rather pretty, the game ships to Japan for a very reasonable price.

(Edit, see here for a review of the game by Steven M on his blog). 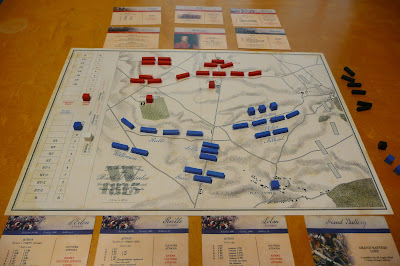 And while we're talking boardgames, I've just finished prepping a solitaire print-and-play game called "Roman Conqueror" from Berserker Games. It took quite a while to do; I put the counters (and there is a decent number!) onto the cardboard I use for my miniatures bases. Next time I think I'll follow the designer's instructions instead of trying to produce materials fit to survive a nuclear war! 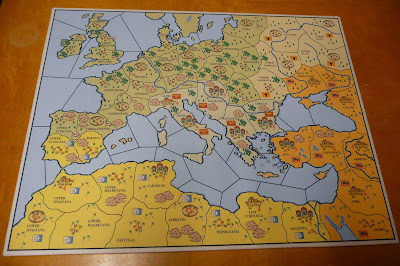 Anyway, more on these in due course.

A host of Romans

...and the painting is finally done. 16 units of 18 - with a few other bits and pieces as well - just waiting to have bases flocked. There aren't many better feelings in wargaming then getting an army off the painting trays! 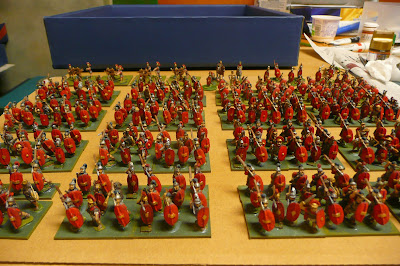 Right, time to sit down with a beer and listen to a spot of cricket...
Posted by Prufrock at 12:35 AM 25 comments:

Now doing the final touch ups for my second army of RCW Romans. Last batch of figures (37 Donningtons) has been painted using the super quick brown undercoat method, and it's just a case of checking belts, scabbards, plumes, helmet cheek guards, and other bits and pieces and making sure that the various paint jobs match OK.

I say "just", but it's still taken three or four hours work! 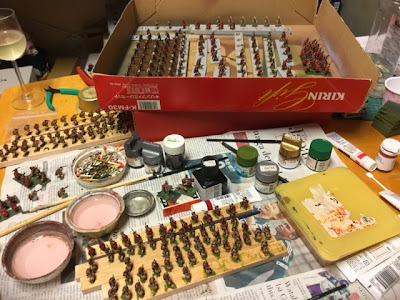 Next post should be one of relief that it's finally over!
Posted by Prufrock at 12:29 AM 5 comments:

A nice little something in the mail...

Had a couple of packages arrive today. One from Simon Miller (and brilliant it is, too): 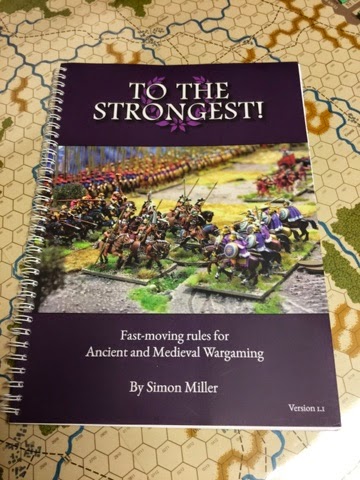 And another from Donnington miniatures: 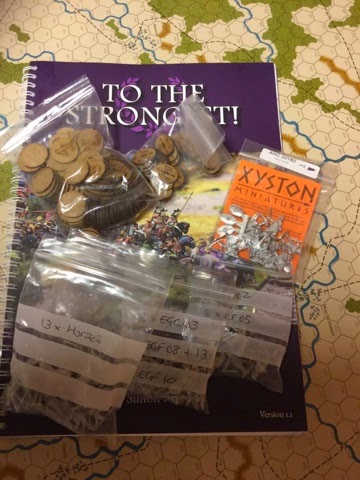 Looks like I'll be able to get those RCW Romans done after all!

Have a day off today so decided to set up Waterloo using SPI's Napoleon's Last Battles. 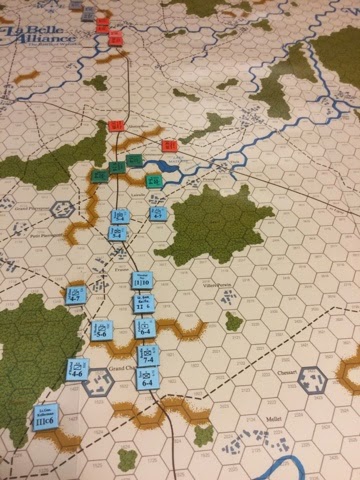 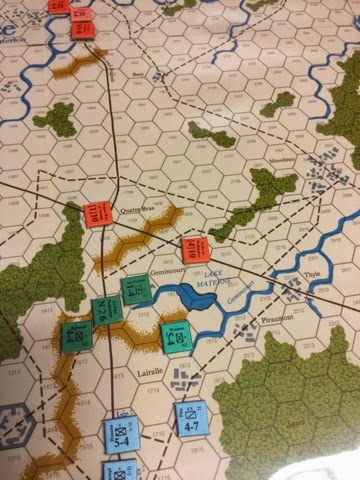 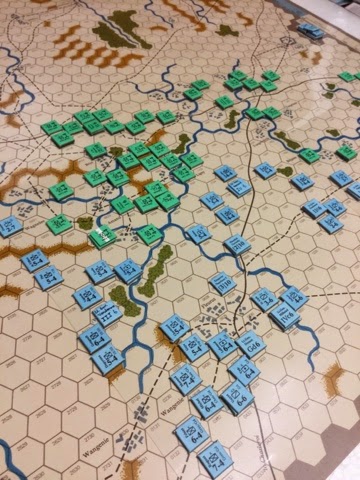 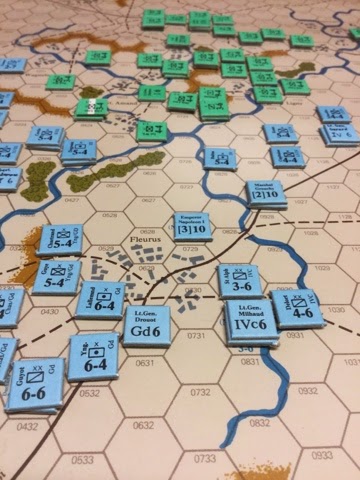 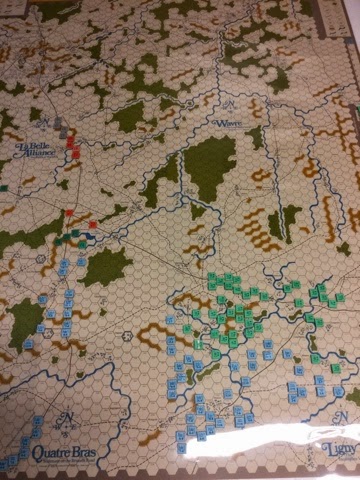 Well, after my little armour disaster (and subsequent repaint) the camel cataphracts are finished. These figures are Essex 15mm and something else (Tabletop?) that all came in a TMP deal, and I thought I would get these done as generic 'heavy camelry' types (+ their scout...) for, perhaps, Commands & Colors: Ancients, or To The Strongest! scenarios. I think these are actually Sassanids or Parthians, but as far as I'm concerned (or until I take the time to read something on the subject!), a camel is a camel and I'll use them as whoever. 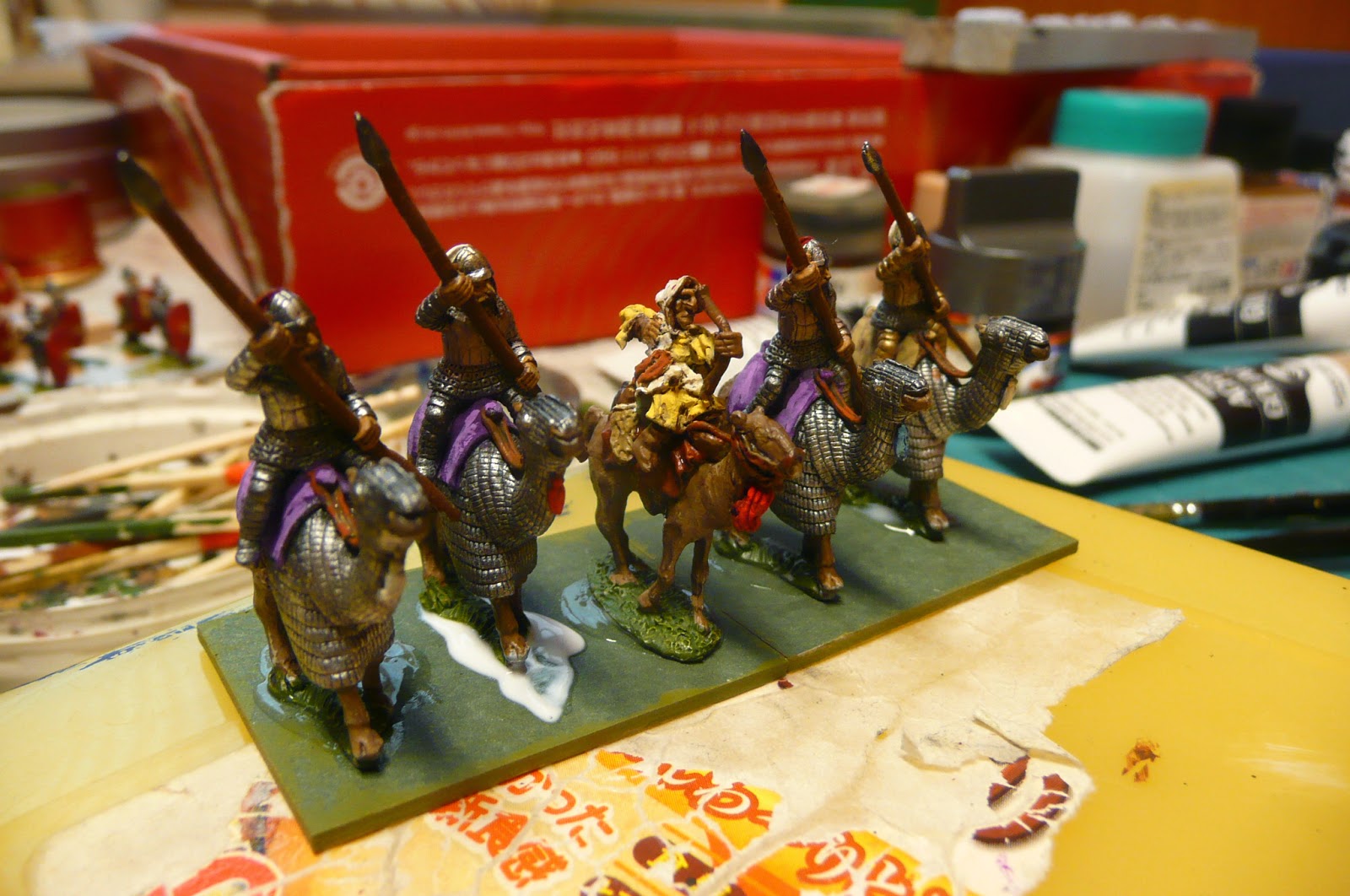 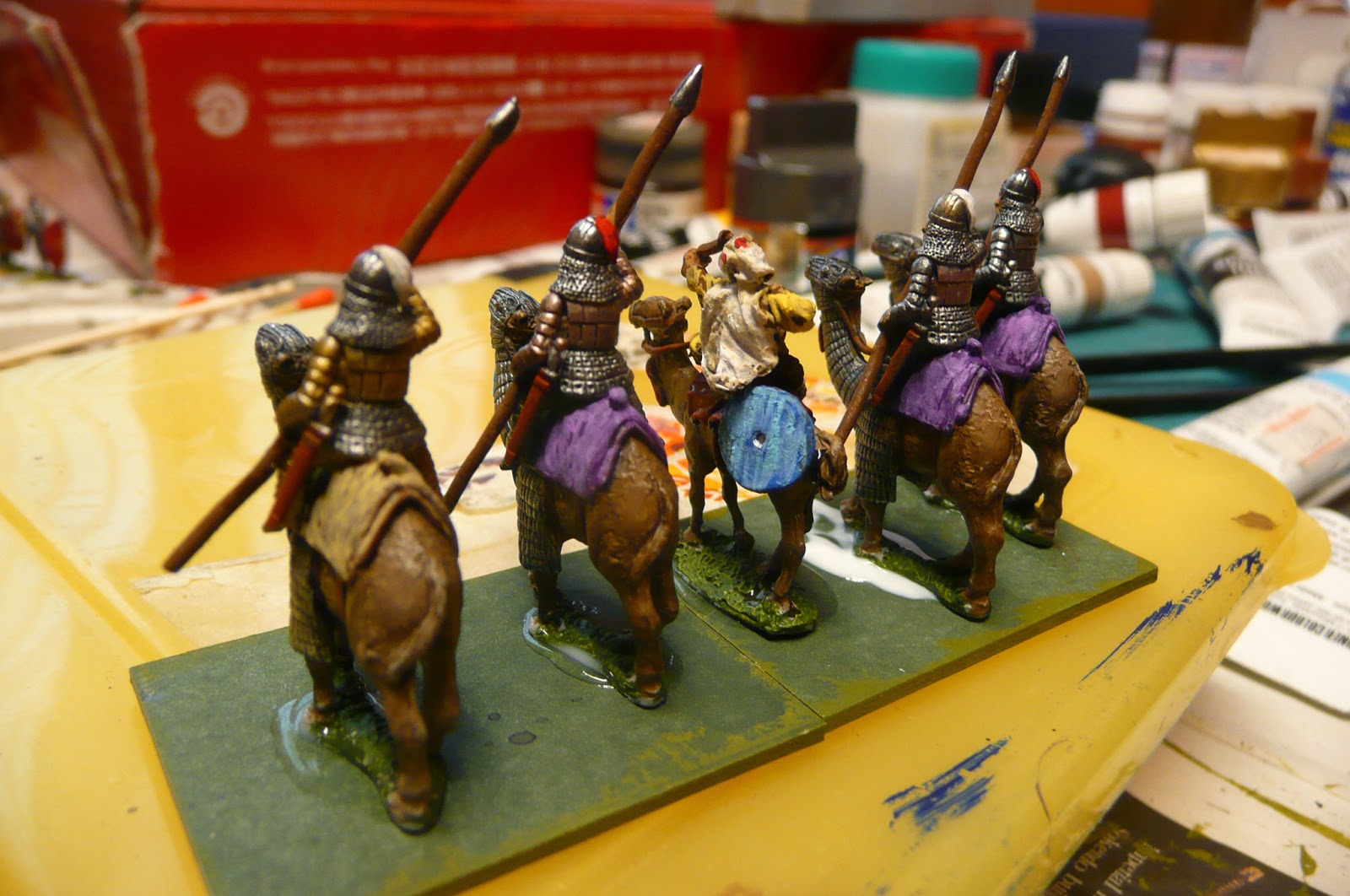 These were a little fiddly to paint because I couldn't get the thin Essex bases to sit firmly on either two-sided tape or blu tack and had to keep picking them up individually. Next time I do Essex mounted I think I'll just glue the damned things down to avoid this problem!

Anyway, good to have something more done, and for all my muttering I do actually like the figures, too.

Stuffing up cataphract armour since 2006...

Well, I've done it again: gone and stuffed up painting cataphracts! You'd think I would have learned by now not to try anything fancy, but I did, and it looked like rubbish, so I'm having to redo part of the armour.

Next time I hope I will remember: dark iron, dry brush with silver and then leave it alone, for goodness' sake! 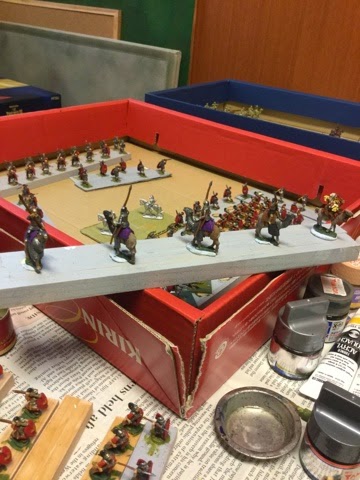