It's nice to be back in Japan.

I've just returned from a month in New Zealand visiting my parents and attending my sister's wedding. It was not a planned visit, but the old man got some bad news about his health recently and my wife and I thought that it would be good if I went back to spend a bit of time with them and give a hand where I could.

Thankfully, the old man is doing much better than the initial prognosis suggested. They were told he had an inoperable brain tumour but when they sent him up to Wellington for a biopsy the doctor who was going to do it turned out to be a German chap who had only been in the country for three weeks; he took a look, said 'blow the biopsy, I'll take the whole thing out' and, bless him, he did. The old man's not quite in the clear yet - there's another one in his lung to take care of as well - but he's looking good and there's a lot more hope for him than there was five weeks ago.

While I was over there I helped the folks to 'rationalise' some of the items they had about the place or in storage. I did the same to my books and LPs, which gave me a good chance to look over what I have there. It would be nice to be able to put the books up on some shelves again and crank up the old record player! Still, one day...

In other good news, my wife and kids came over for the last ten days or so of my visit, and it was great for them to be able to experience a bit of the Kiwi lifestyle without being overly busy. They enjoyed it, and my parents loved having the chance to get to know their Japanese grandkids better.

To top it off, on returning here I found a couple of wargaming books from the Book Depository plus a box from a TMPer who was looking to get rid of some 15mm Byzantines had arrived. I now know why the shipping for the figures was reasonably hefty: it's a massive haul! There are Late Romans, Assyrians, and all kinds of bits and pieces in addition to said Byzantines. Here is a picture of them as I start to sort them out. 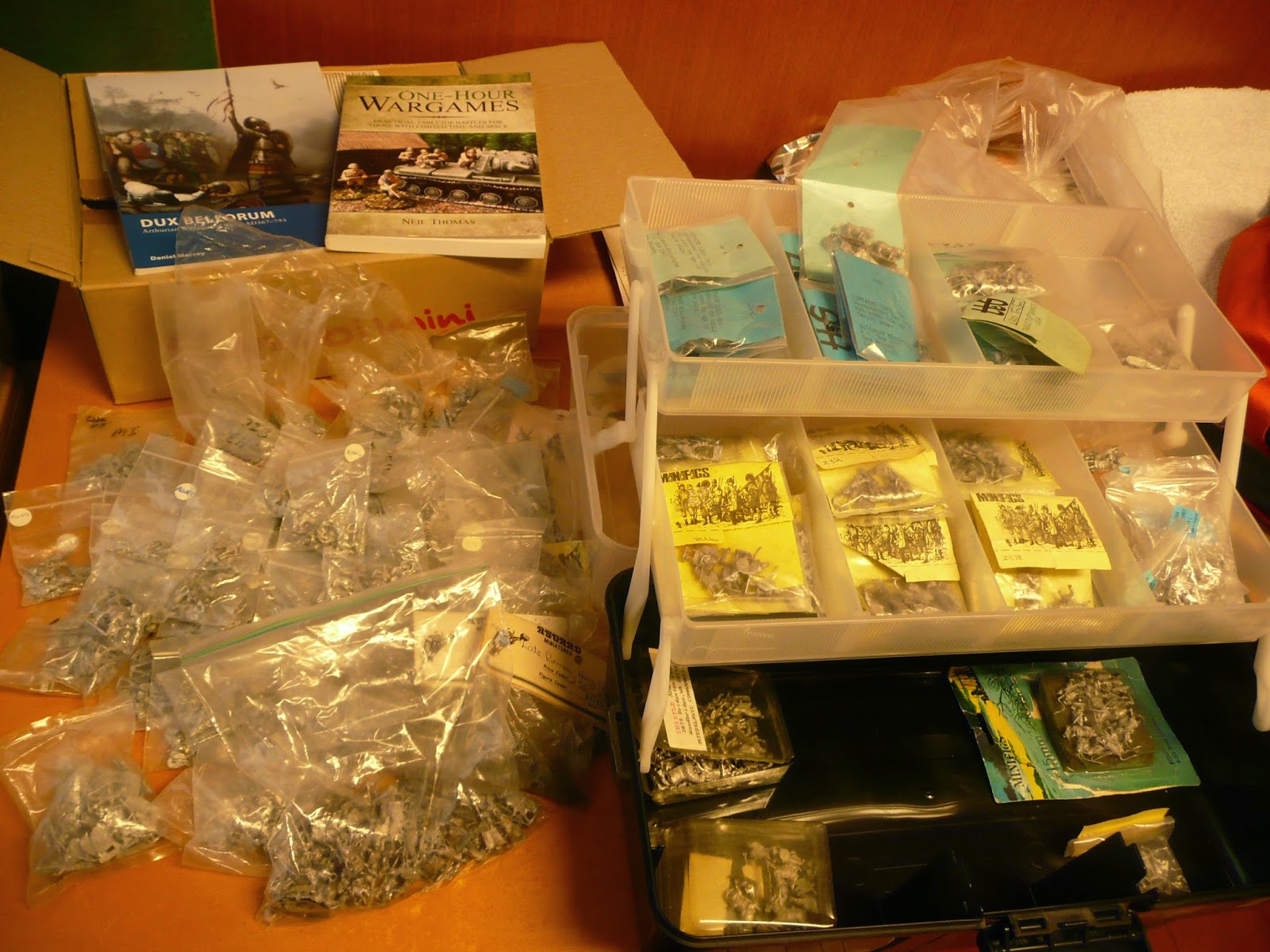 The box was chock-full of Tabletop Games, Minifigs, Asgard, Viking Forge, Essex and various others figures I'm not yet sure of the make of. Happy days!