History of the World (part 1).

The other week I saw advertised a new edition of the classic boardgame 'History of the World' made famous by Avalon Hill. I snuck it into the house like a seventeen year old returning from a night on the beers and let it blend into its surroundings until the time was right to unwrap it and get it to table.

Sunday last was that night.

With the den to myself and the cricket on, I decided to give it a try.

The Sumerians were the first empire to establish themselves. Getting on their asses they spread from Tigris into Zagros and the Levant. Dominance of the Middle East along with a capital and a monument entered twelve points into the ledger for the blue team. History had begun! 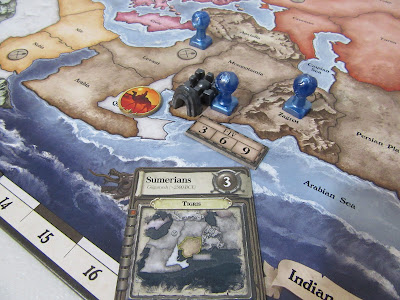 The second empire to emerge was that of the Minoans. Avoiding conflict, these hardy seafarers settled Mauretania and Anatolia. At home they built a palace at Knossos. Some chroniclers considered this to have been a minor tear, but others thought it was bull. At any rate, the gold team had points on the board. 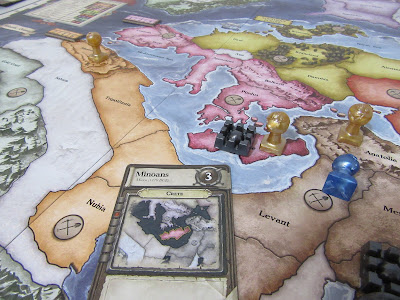 The Hittites then arose, pouring forth with their iron weapons to wipe the Sumerians from the face of the earth and they almost succeeded.

In China the Zhou asserted their supremacy and cultivated a satellite kingdom on the banks of the Indus. 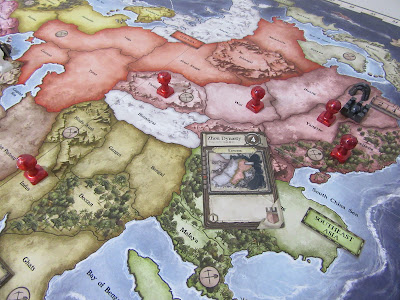 And so ended the first epoch of recorded history, and in a neat touch of verisimilitude, I forgot to record the scores.

Era the second commenced with the rise of the Persians. Alongside their white team legacy Hittites, they dominated India, Southeast Asia and the Middle East to win masses of points. Sadly for the Zhou, their erstwhile satellite kingdom became just another satrapy. 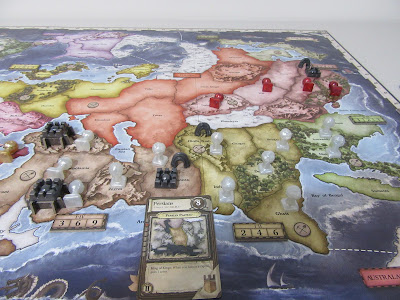 Next it was the turn of the Celts to rampage their way across Europe, Eurasia and Persia. It looked impressive, but with Eurasia terra incognita at this stage of the History, they did not get as impressive a pay-off in points. 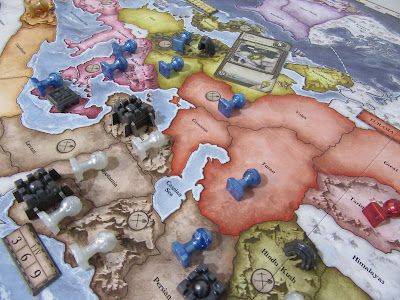 The Mauryans subdued India and ventured into Southeast Asia. Two crucial battles were lost, but team red have control of the east. 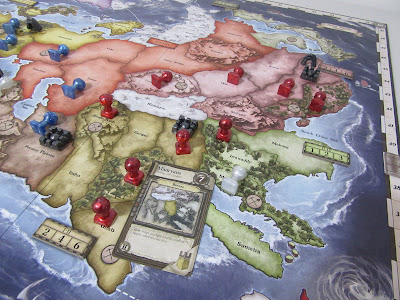 But then came the Romans, and they smashed everyone - almost as if it was destiny! Northern Europe, Southern Europe, North Africa and the Middle East all trembled before the tramp of the Roman caligulae. A few indomitable regions held firm, however. 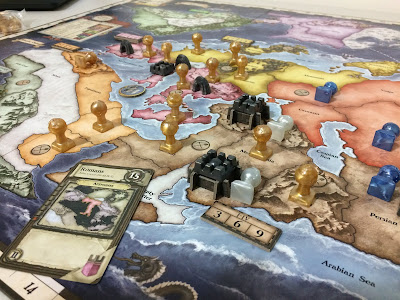 And with team gold in ascendancy (IIRC) epoch two concluded.