I've had a strange wargame restlessness over the last week which manifested itself in a hobby room clean up and then the taking down of games from shelves, the opening of them, the furrowing of brows, and then the putting of games away because for one reason or another they weren't quite what I was looking for just at that moment.

After doing this over several nights with Sword of Rome, Sekigahara and Caesar XL, I finally hit upon Solitaire Caesar as the possible cure for the malaise.

Solitaire Caesar is one of those games that I wish I had designed myself. Simple map, simple rules, simple set up and engaging game. You start off controlling the city of Rome around 300 BC and, over the course of seventeen hundred-year turns, look to expand throughout the Mediterranean region and fend off attacks by the various game-controlled barbarians.

Each turn you get a different but set number of talents which are used to recruit armies or build cities. After you have done your turn (ie, turned fertile areas into deserts and called it peace) you roll to see which barbarians attack and in what strength. Once the barbarians have done their thing you tally up how many cities you control and note it down. At game's end you compare your total city score against a table to see how well you did.

I said that it was one of those games I wish I had designed myself, but the reality is that I couldn't have designed it, because the simplicity is the result of good research, extensive playtesting and clever design - all things which tend to be absent in my own rules-writing.

The great strength (or weakness, depending on how much of a control freak you are) of the game is that it relies heavily on the dice, and so the game is more about creating a story than plotting a foolproof path to Mediterranean conquest.

Anyway, after all that lead up, Rome Prufrock style was a bit of a disaster: I lost control of the eternal city somewhere around 150 AD and Byzantium a century later.

So, not so much a solitaire Caesar as a solitary one!

It was a nice little gaming interlude and just the thing I needed. The game has actually given me a couple of ideas for future projects, but these, knowing me, will likely never come to fruition!

Here are a couple of shots of the game (note that while my version is print and play, there is now a proper boxed edition available from White Dog Games):


Inevitably, given the title of this post, we will finish with a little bit of William Butler Yeats from the poets.org website (about time we got some culture on this blog!).

It's been one of those weeks. Thank God it's a Friday! 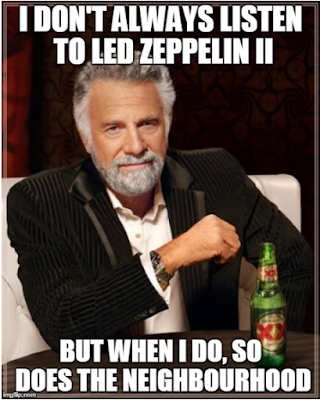 Crossfire with the boy

I set up a table to relearn the Crossfire rules the other night and while doing so I had a visit from the boy wanting to join in. 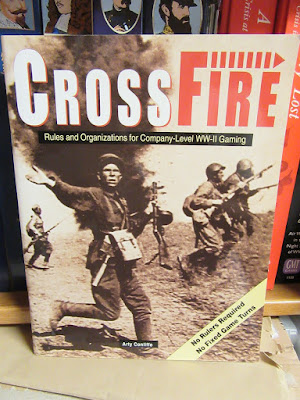 He played through a few activations, killed four of my US squads, and then left!

I think I've got back up to speed with the rules, anyway. I really need to scrape together some better terrain though, and to finish painting the 1/700 buildings.

Friday was a public holiday and to make the most of getting a day off work I popped up to Kobe to see boardgame mate Pat for a game of the SPI World War I classic Soldiers and a taste of his sangria mix.

Soldiers was not a game I was familiar with, but I can see why it is so highly rated, despite it being more than forty years old.

The rules are clear and easy to grasp, and the scenario we played, Le Cateau, was a real wargamer's situation: British on defence, needing to find the best way to defend a wide front against a numerous and determined enemy; Germans on attack, needing to both exit companies from the opposite board edge and inflict a certain number of casualties to claim victory.

We got through two games, but only touched on the tactical possibilities available to both sides. It was an excellent choice of game for the day, and if the sangria led to some less than optimal decision making in the second game, it probably enhanced the simulation value of the exercise!

Here are a few of Pat's photos from the first game (during turn 1, and well prior to the sangria taking effect). I should note in passing that the photos do not do the map justice: it had a lovely antique look to it: there was nothing garish or overstated, and the whole effect was evocative but restful. It was a joy to play on.

As it turned out, the British won both games, but the first one in particular was very close indeed. There were a number of crucial actions which could have won or lost the game for either side, and we were both left thinking about different strategies to employ, which is surely one mark of a successful wargame.

On that note, while it was only a game for us, the huge slaughter depicted did give one pause for thought about how appalling it must have been for the poor chaps actually involved in these actions and others like them.

It's certainly a game I would play again.

Many thanks to Pat for a fine day's convivial play, and some excellent beverages!
Posted by Prufrock at 11:39 PM 12 comments: