Following on from the smash hit Michael Jordan / Chicago Bulls basketball showcase The Last Dance, Netflix is returning to its sports documentary format with a blockbuster new series due to be broadcast by the streaming giant mid summer.

Accessing raw behind-the-scenes footage of Bevan gleaned from six months’ worth of unprecedented no-door-unopened filming, the documentary makers juxtapose scenes of visceral game play with unvarnished interviews featuring friends, opponents, celebrities and board gaming legends to tell the sports story of the decade.

We called him Ear Bevan because, man, he just heard about everything before anyone else, you know? Amendments, expansion tweaks, QRS adjustments, rule changes, scenario conditions, VASSAL protocols, you betta believe he would hear about it and use it before any other cat. He heard it and he brought it and that was that. Ear Bevan, m*****f******. Brian Malmouth


In the ten-part docuseries nothing will be out of bounds. From Bevan’s (in)famous eccentricity to the barely-contained controversies that threatened to cancel his historic record attempt before it even began,‘Ear Bevan’ will be exposed as he has never been exposed before.

He gave you nothing. We all know how he used to put 'Greetings' into the text box instead of 'Hi', 'Hello', or whatever, but there was more to it than than. Subtler stuff. Not many people know this, but he would type 'GG' after a game (for 'good game' - editor) win lose or draw. It was like his – I don’t quite know how to put this – sign off. He was just an intimidating presence. Dayne Kerr


Deep coverage is the intention, and early promotional material indicates that fans and viewers will be shocked by some of the revelations. You thought that Maximus was his real middle name? Not true. Watch the series to see which movie was the inspiration behind it. You thought that he probably had an interesting back story? Uh-uh. Captivating details about the dullness of his personality and numbingly ordinary suburban upbringing will emerge over the duration of the series. How this guy became what he became will surprise us all.

The thing was he thought he was the best, but I was pretty good too. The first semi in ‘08 I had his measure. I was up like four banners to one with just two needed and I thought I could rile him a little and have some fun. You know, play him a bit, get some payback. So this one game I called him 'Minimus'. Just typed it in and waited. Well, I was two banners up when I said it. I never got another banner all match. He just went to another level. That’s the kind of player he was. Now, looking back, I sort of wish I’d just called him 'Bevan', or 'Ear', or just typed ‘your turn’. Toppie Buller.


Indications are that this will be a warts-and-all treatment of its subject. His Earness’s hoarding problems will be addressed, including the rumours that this was the reason he almost walked away from the game after his breakthrough ‘07 season.

The intense highs and lows of the period promise electrifying viewing.

Know what he said to me after that game? 'Nxt time, call me Divi Filius Minimus :) GG.'  Toppie Buller.

I didn’t have a hoarding problem; I had a storage issue. Gerald Maximus Bevan

The Last Dice: the new series documenting part of the career of a man who was so good he is almost a myth. All we can say is, 'don’t myth it'.

Now that NZ has come out of full lockdown and into a 'managed' normal, it was a great relief to see that my favourite (though sadly only) secondhand bookshop in driving distance has reopened. It was only right, meet and good to go there and splurge in votive thanks as soon as I was able.

Fortunately, there were three cracking coffee-table hardcovers with Prufrock written all over them:

All three have some sort of sentimental value for me, and were swiftly snaffled. The first because it's a classic that I did not have in the collection, the second because I used to read it at my grandfather's house (and he'd fought in some of the places and actions depicted), and the third because I remember looking it over admiringly at the library as a youngster.

A good lunch-break's work, I think. 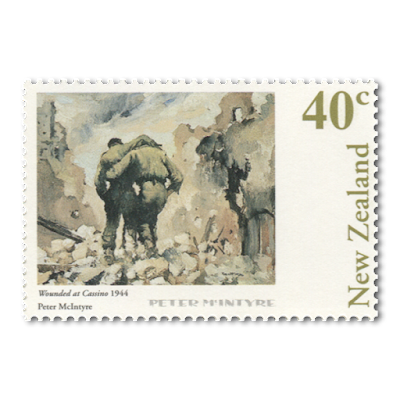