With Gnaeus Cornelius Scipio Calvus working his way down the coast, Hanno, in command north of the Ebro, sent for assistance from Hasdrubal.  The two armies combined in the autumn of 218 and attempted to bring Scipio to battle near the town of Cissa, inland from Tarraco.

Scipio perceived that he had an advantage in both numbers and quality, and decided to accept battle.

The forces were as follows:

In Lost Battles terms this equates to a fighting value of 79.

In Lost Battles terms this army has a fighting value of 65.

Clear, but Hanno has a fortified camp in his central rear zone.

Hanno has the first move.

Hanno deploys out of his camp. 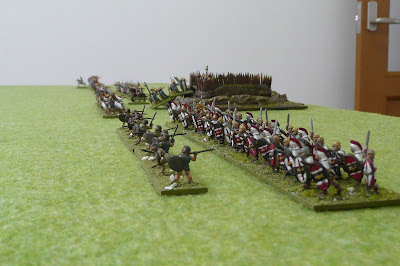 The cavalry are split one unit left and two units right, with Hasdrubal accompanying the stronger wing.  The veteran infantry are in the centre. 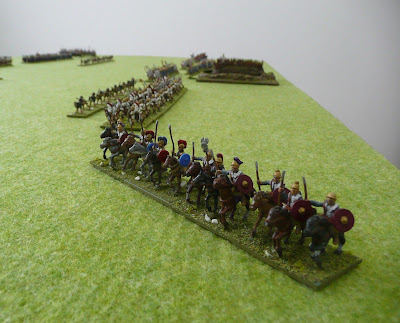 Scipio responds by deploying his veterans in the centre also, but he keeps the triarii in reserve.  He splits his cavalry to match Hanno's - two left and one right.

The cavalry engage on the Punic right, and Hanno and Hasdrubal are clearly apprehensive about the coming fight. 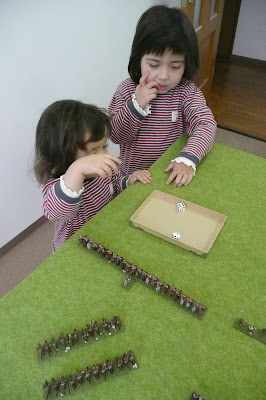 They need not have worried: Hasdrubal draws first blood with a hit on the equites!

Elsewhere the lines close to contact.  The Roman cavalry have less success than their Punic counterparts, but the velites skirmish effectively. 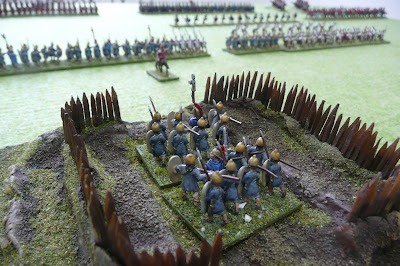 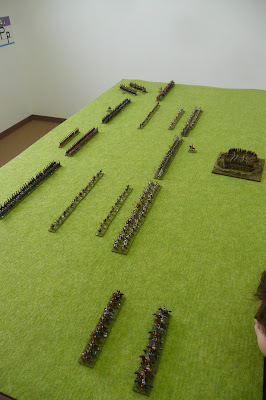 Hanno nominates the lead cavalryman as the Punic left gears up for the fight, but the presence of their grim commander serves only to terrify the poor men, and they make no impression on the enemy. 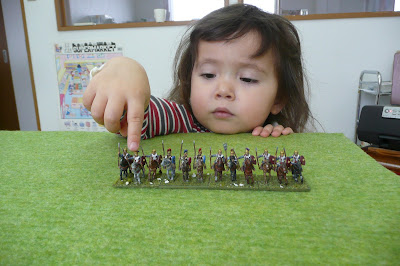 Despite the difficulties of the cavalry, a flurry of hits on the veteran legionaries in the centre does not bode well for Scipio's chances. 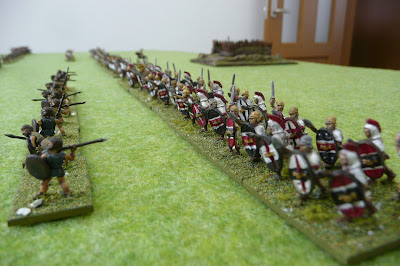 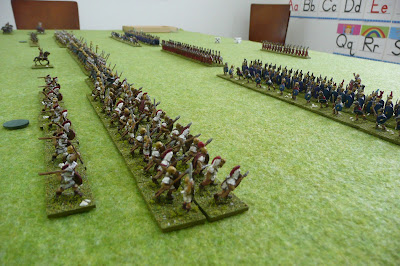 View from the Roman left. 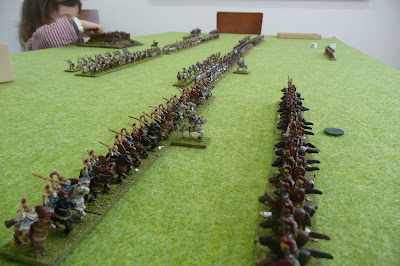 The legionaries drive off the Punic light infantry, but make no headway against Hanno in the centre. 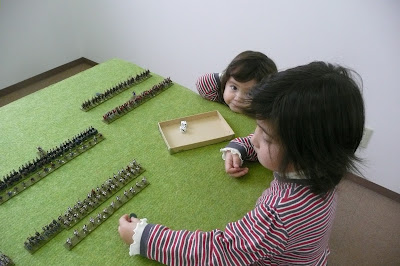 Rueful marker placement as the legions get into their work. 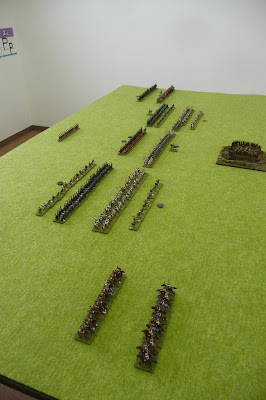 The situation is even as turn three draws to a close, but the Roman right has not yet made its attack.

The attack, when it does come, is devastating.  A double hit is scored, and the Carthaginian left is shattered!! 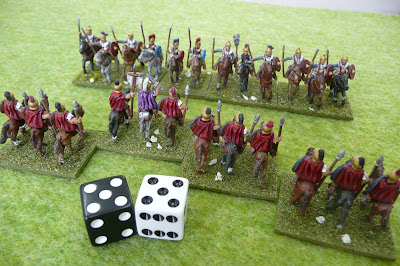 Hanno's men redouble their efforts, as time is now short.  They continue to apply pressure in the infantry fight... 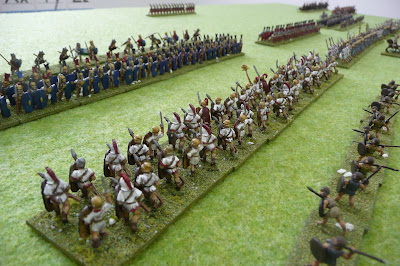 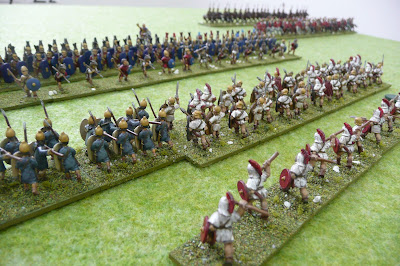 Hasdrubal leads his horse in again for another charge, and they meet with success. 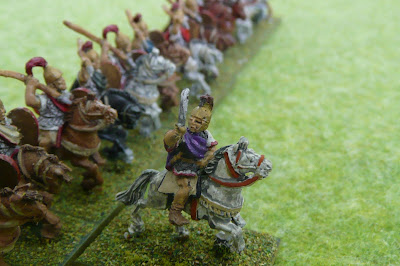 Three hits are scored, and the equites of the Roman left are shattered!  The Roman rear is open to Hasdrubal and his command. 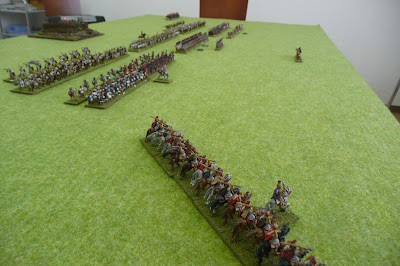 To be continued...
(the second report is here)
Posted by Prufrock at 12:52 AM