Am now a quarter of the way through the Pompeians (or, as required, the blue army). Still need to be flocked, obviously. 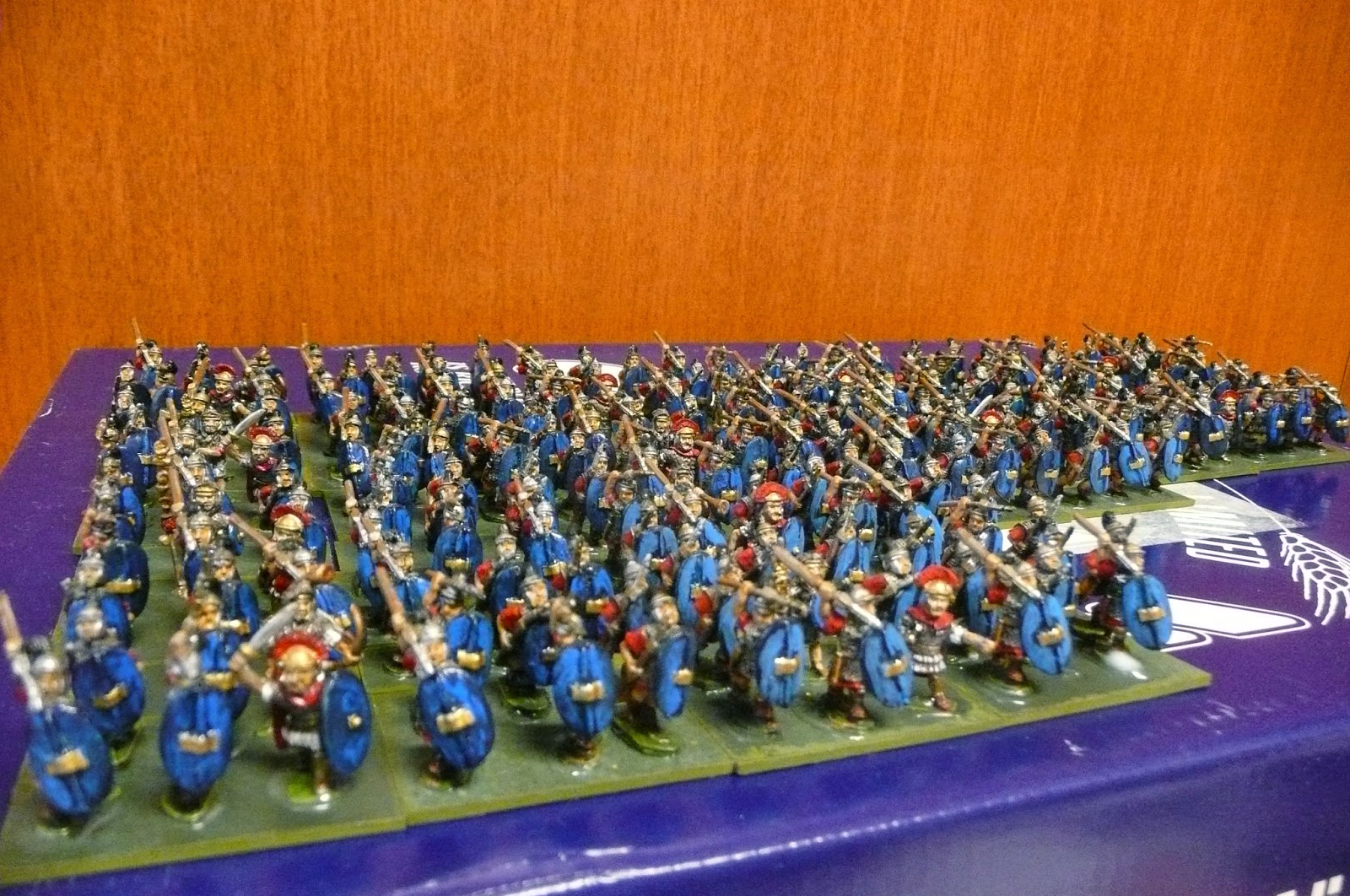 This is what's left to complete the blues. I hope to take advantage of my recent good run and get through them before I take off for NZ next week, but that may be a little optimistic. We'll have to see how the stocks of gin and soda water hold out! 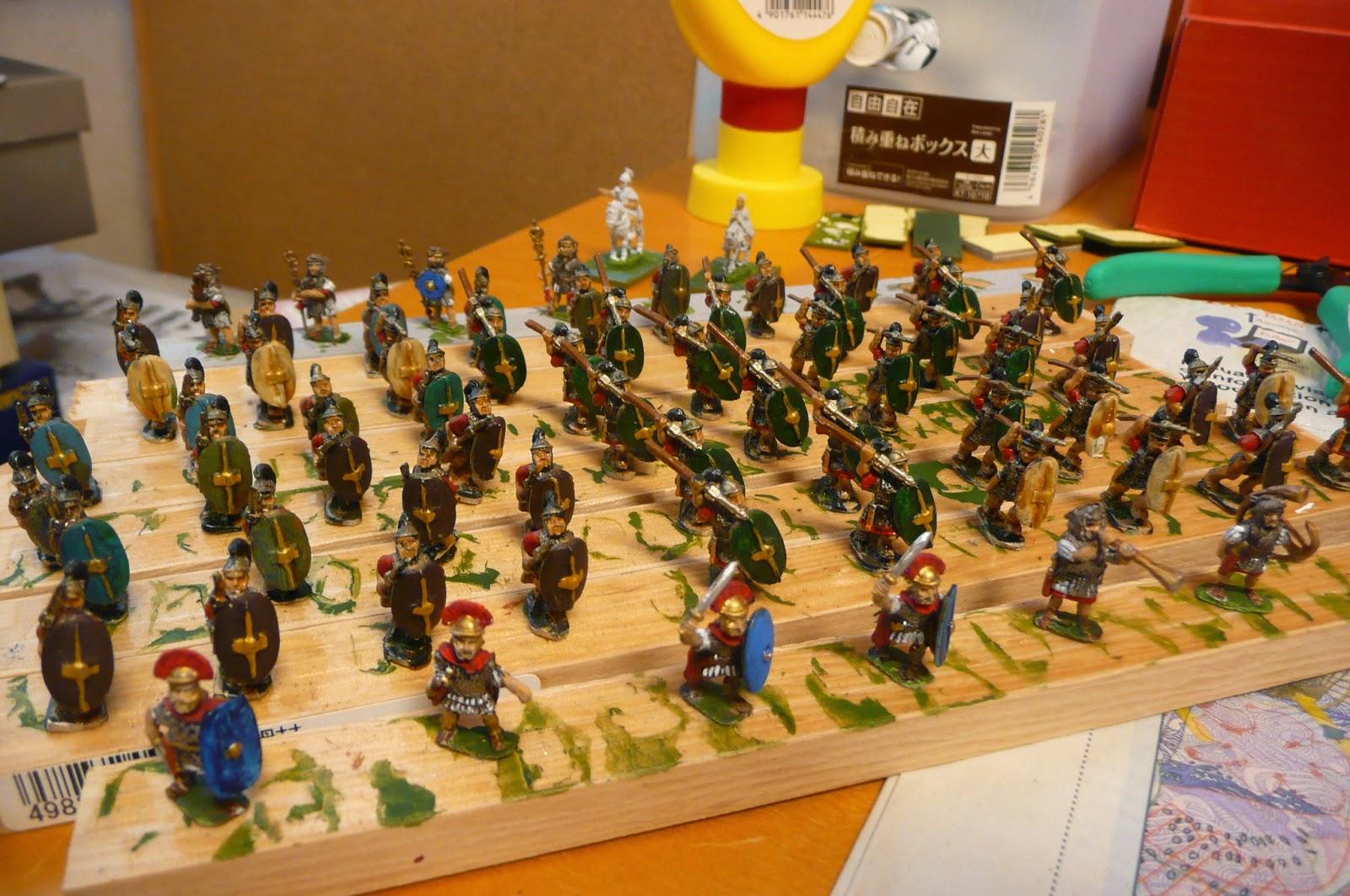 And the Caesarians (or, as the case may be, the Red army) still to do. Pshaw! Almost finished ;-) 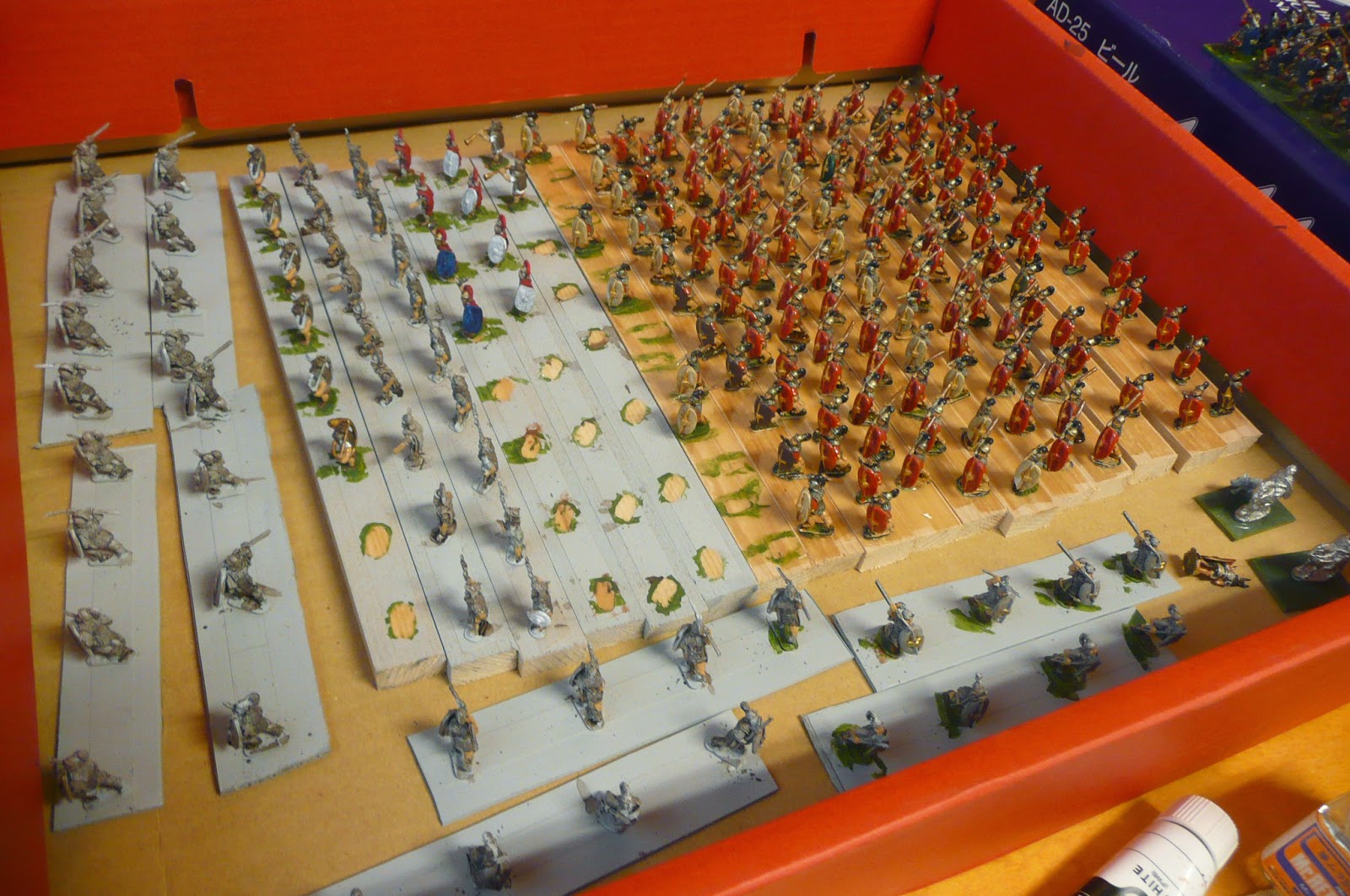 The hobby table is still getting a bit of use and progress on the Caesarian & Pompeian hordes is being made. Nothing quite like painting clutter and the smell of thinner... 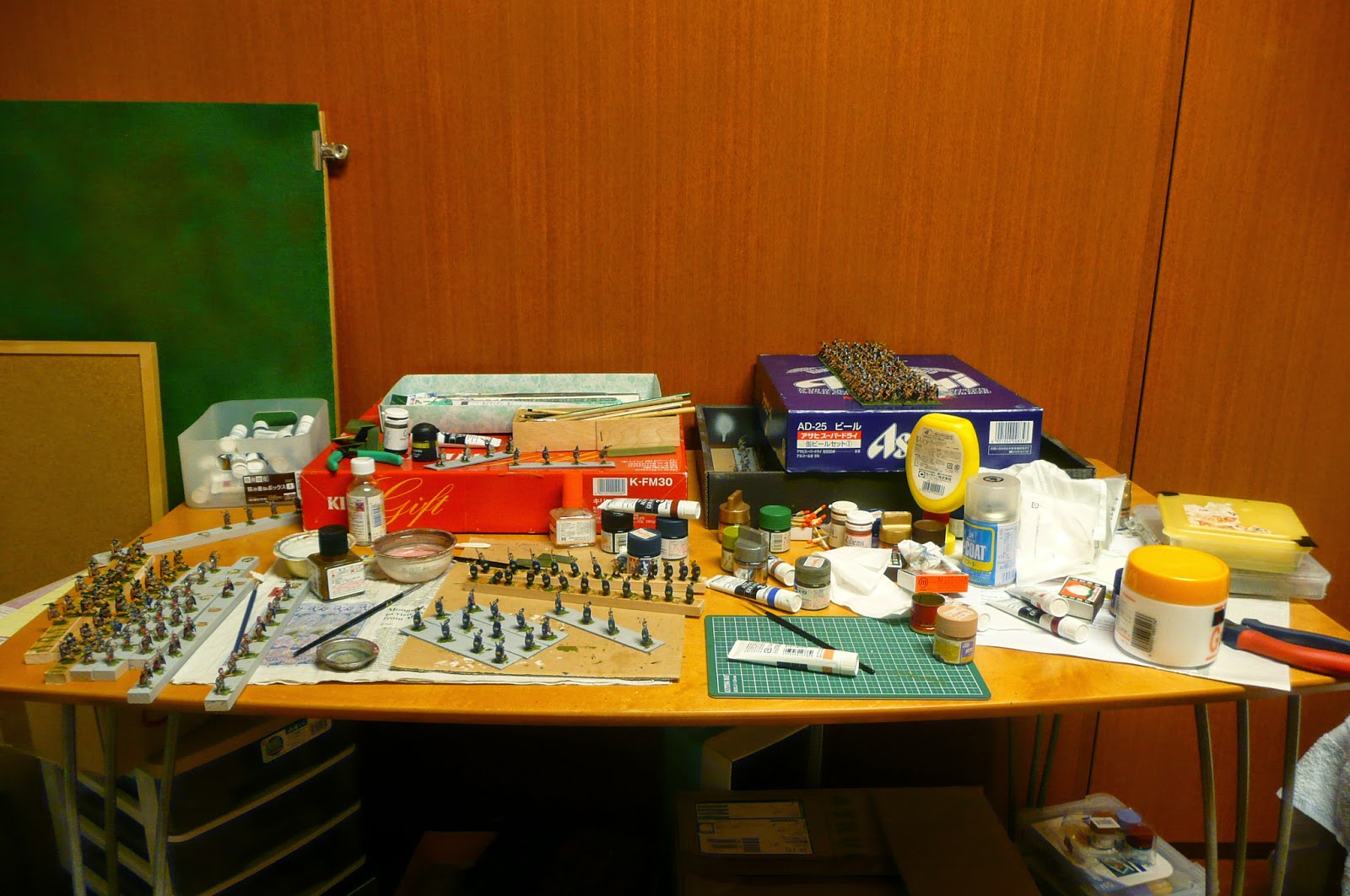 In other news, while picking up a pair of gifts for my brother and sister through The Book Depository I came across a couple of sets of rules, One Hour Wargames by Neil Thomas and Dux Bellorum by Dan Mersey. Not quite sure what happened, but they seemed to find their way into the shopping cart as well.


Is this a prufrock thing or a wargamer thing? Do others go to buy a gift for someone else and end up with several purchases for yourselves as well? That sense that this is probably your only chance to get X, so get it now leads to, in myself at least, a certain opportunistic selfishness that I find almost impossible to resist.
Posted by Prufrock at 11:21 PM 16 comments:

Well, it's been a very long while, but I've actually got a bit of painting done. Nothing to get especially excited about, but it's a start.

These are from the first batch of my late Republican Romans made up of Old Glory figures bought some time ago already painted from a TMPer, touched up, with command figures from the Quick Reaction Force range added in, and (eventually) to be brought up to strength with a few more OG figures I'll paint myself. 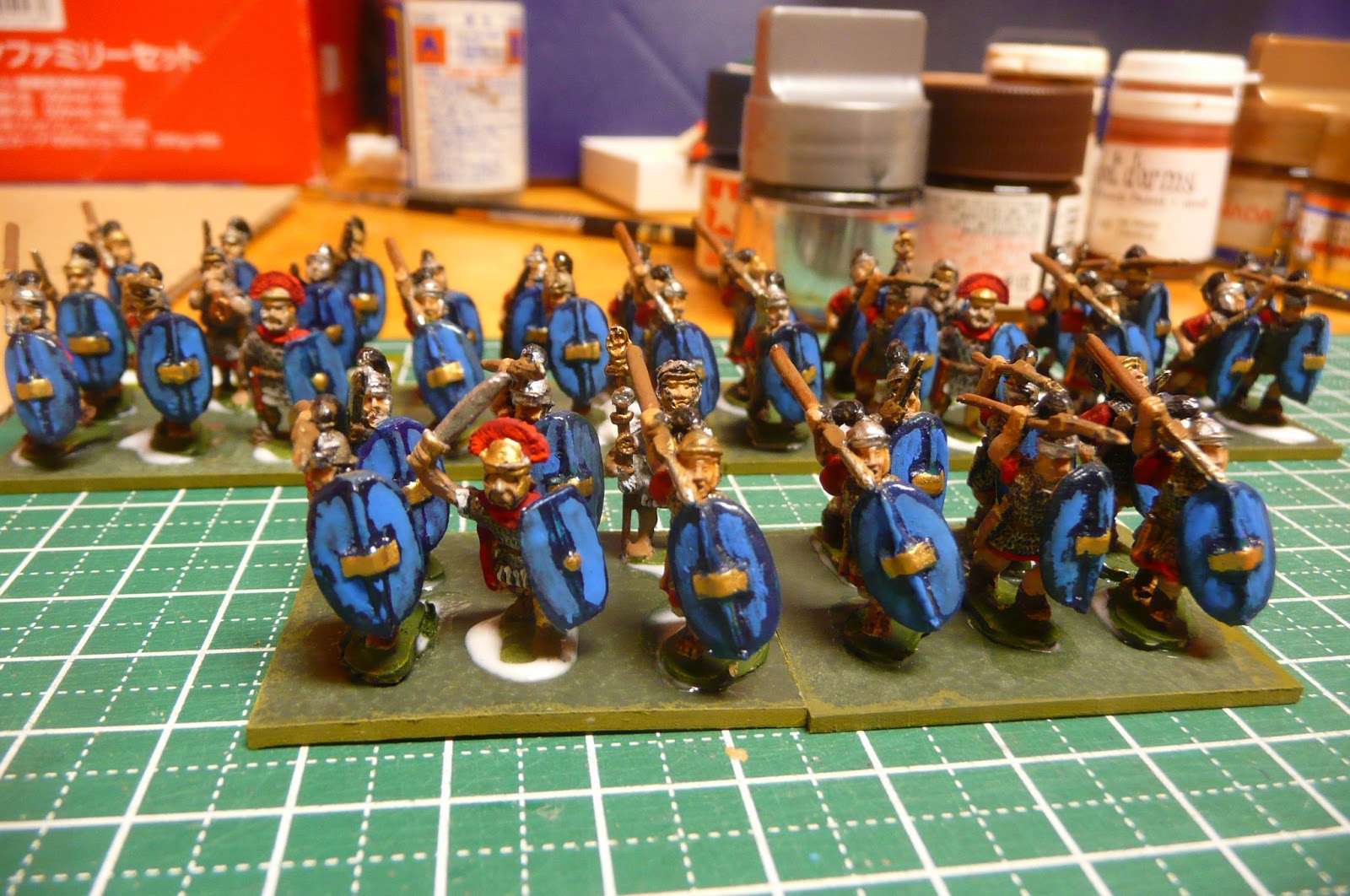 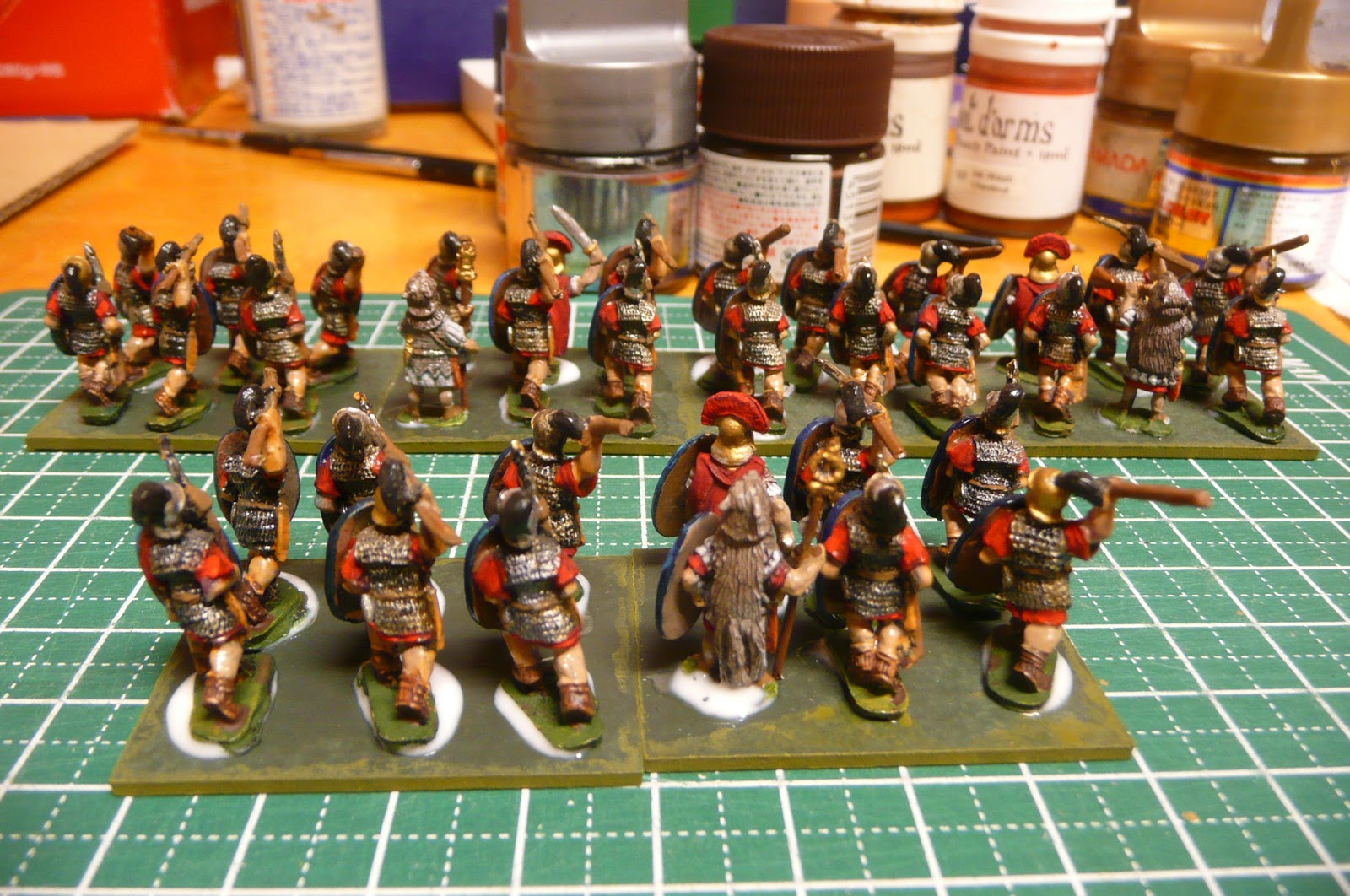 As you can see, the effect is intended to be one of mass rather than of superbly skilled painting. I'd like to say that is by choice, but I must face facts: I'm more workman than artist!


They've been sitting in a box for a long time. This is what they looked like before: 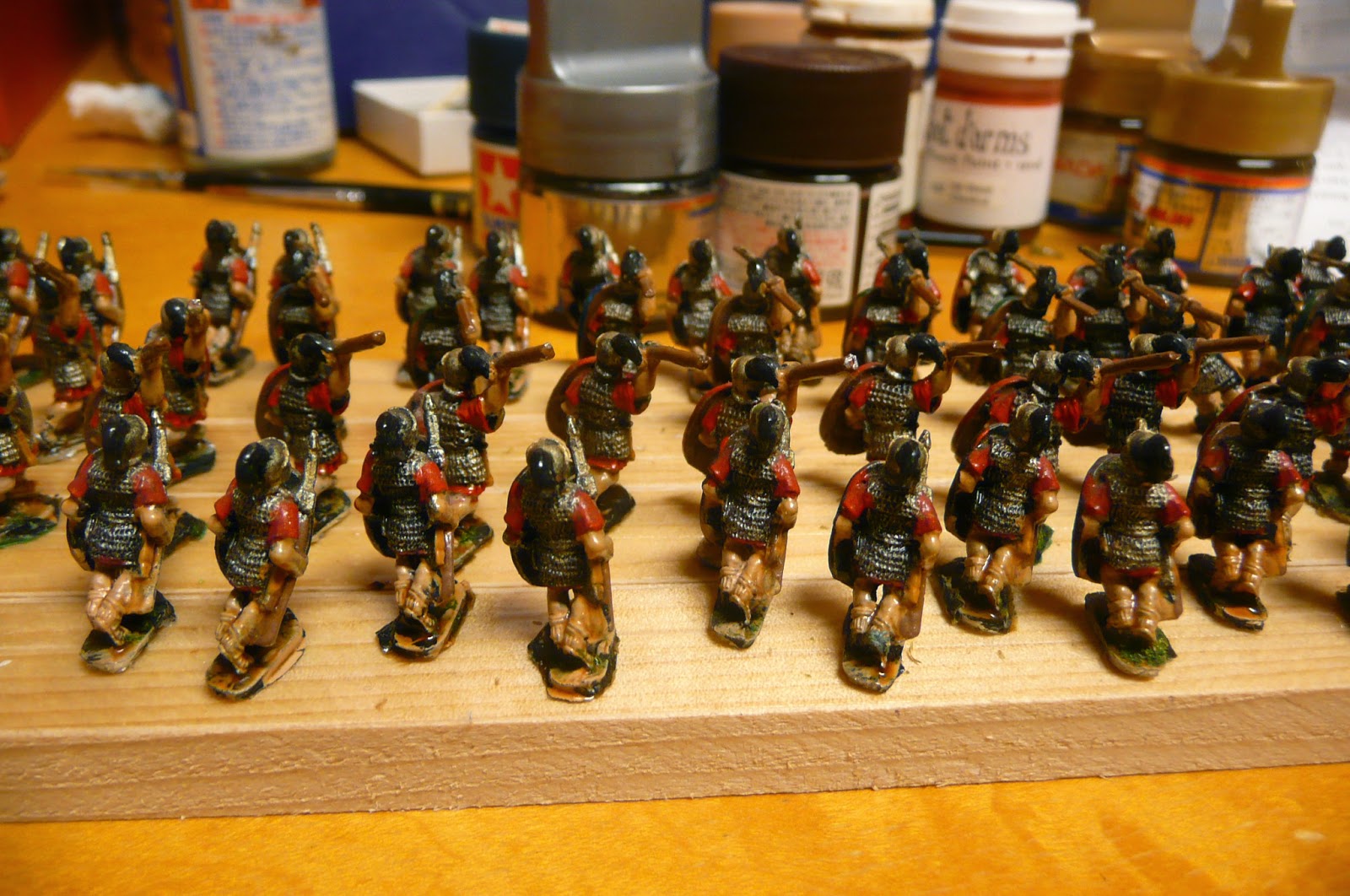 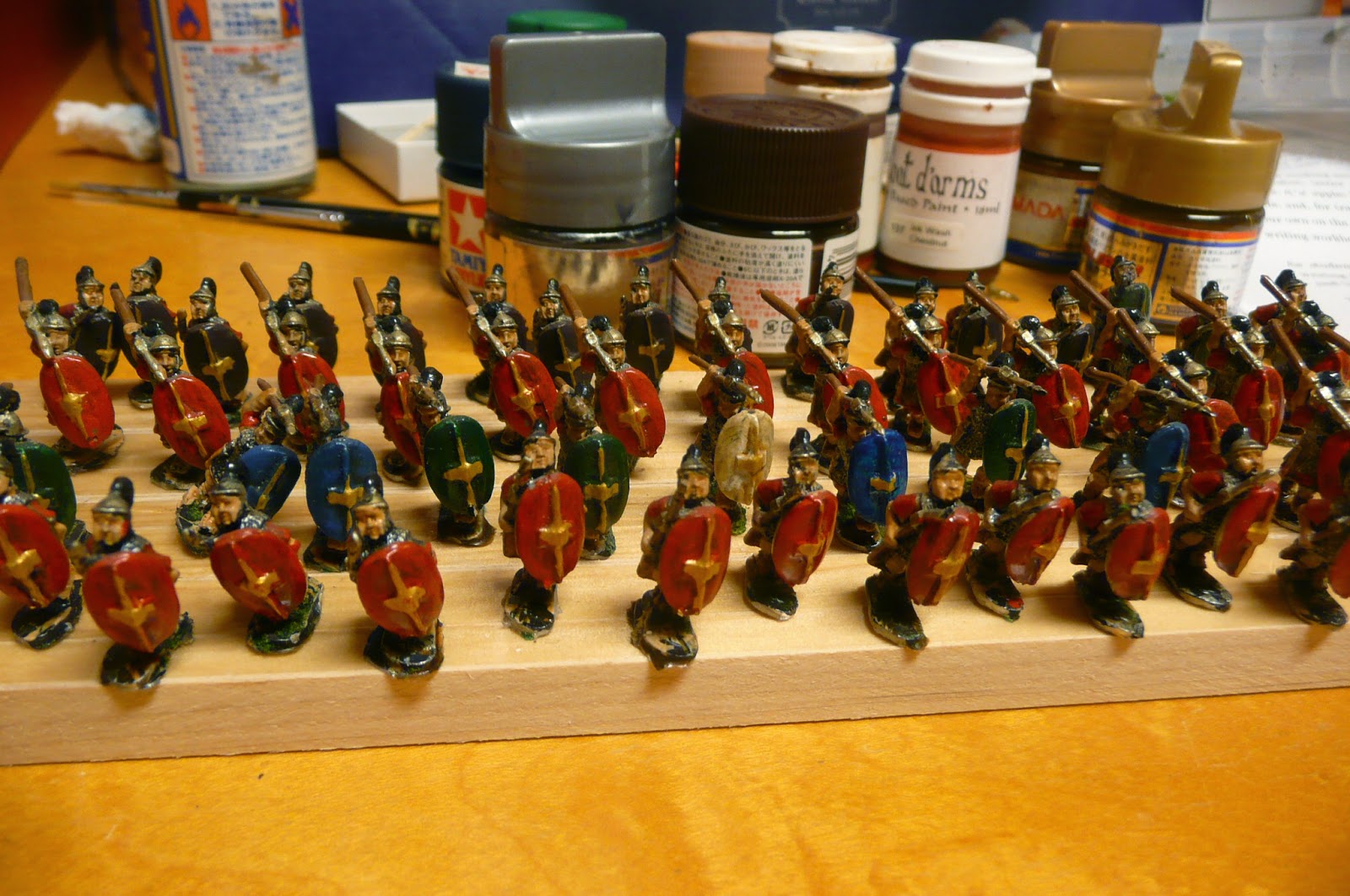 There is actually quite a bit of work needed to get them ready for basing. They were roughly done originally, with most having some obvious flaw (eg, flesh not painted on the arms, bottom of the tunic not painted, cheek guards of the helmet flesh and so on), but with flaws different on each figure. Also the small details were not done (belts, boots, scabbards, sword handles etc) so to standardize them takes quite a lot of time spent checking, sorting and touching them up individually to make sure that they all end up looking similar enough to go in the same unit.

The good thing is that I don't have to worry about cleaning them up or undercoating them, so on the whole it was worth it getting them like this rather than starting completely from scratch.

And this is how many are left from the original batch. 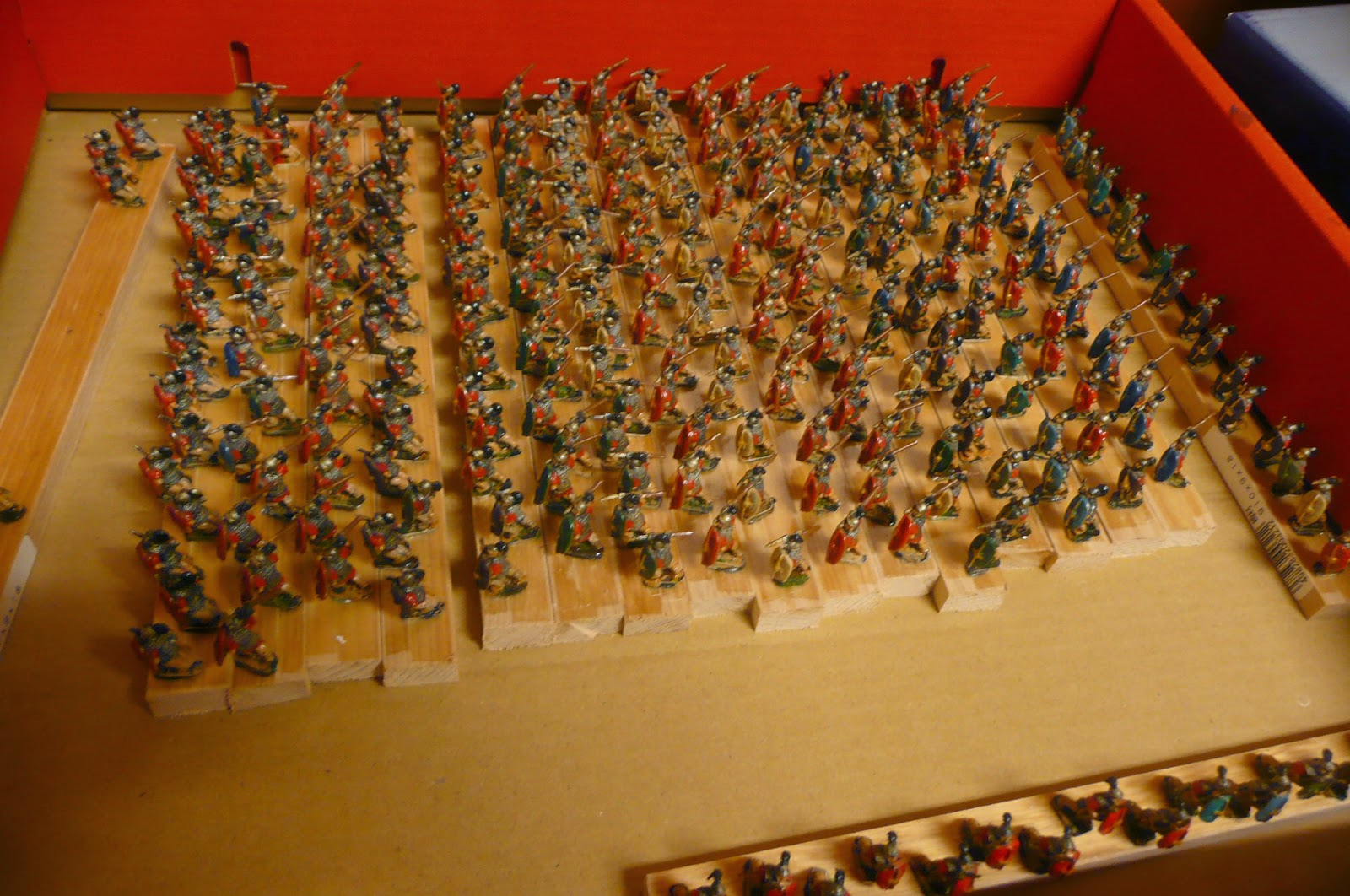 It feels good to have made a (small) start on them!