Year end round up

The end of year has rolled around far too soon, yet again.  I'm sure I'm not the only one thinking that...

In some ways it wasn't such a great year for hobby stuff. I have barely managed to paint 100 figures, but did get a complete Pompeian army out of these by combining them with some previously painted figures I got from a purchase a couple of years ago.  I suppose one new game-able army is better than nothing!

In other respects though it wasn't a bad year; there was a period when gaming didn't seem very important, but after getting through that and recovering some enthusiasm I've probably developed a more philosophical attitude to the whole shebang. One thing that came out of it was the decision to just do what I want to do and not put pressure on myself by committing to anything that might end up seeming like work.

Other good things are that the youngest is now old enough to be trusted around miniatures, and he's turned out to be quite interested in models and what not. This last week I've made up three 1/100 Spitfires for him and the girls and they've enjoyed playing around with those.

Although not so enamoured of figures, the girls have come to love 'basic' Dungeonquest, so it's a lovely time. Our eldest is pretty good at Othello and I think she's going to have a good analytical head on her.

I was lucky enough to get a few good games in. Ones that stand out are the spectacular Modern Spearhead game that Luke hosted for Pat and I in January, and the multiplayer game of Machiavelli that we got in about the same time. I also have a PBEM Russian front game on the go with a fellow blogger - which is proving to be both a headscratcher and a lot of fun - and earlier in the year there were a couple of good 6th Fleet scenarios played out with Brad from Hexsides and Handgrenades.

There wasn't time enough to meet up with fellow gamers Pat and Luke much this year which is something that I regret, but when we did get together it was well worth it. Hopefully we can make a bit more of it happen in 2015.

On the blogging front, there was a dry spell, but the continued support from readers has been overwhelming. I started this blog as a way to document what I'd done and motivate myself to improve my painting enough for it to be photographed, but it's ended up becoming a hobby unto itself. There are too many people to be able to thank you all individually for your comments and encouragement, but it has been and continues to be much appreciated.

Anyway, to finish, I quickly painted some Xyston Thebans to get me over the hundred minis mark for the year, and with a few more to do yet it would be nice to get an army done in the New Year sometime.

BTW, those are clubs on the shields, not chicken drumsticks ;-) 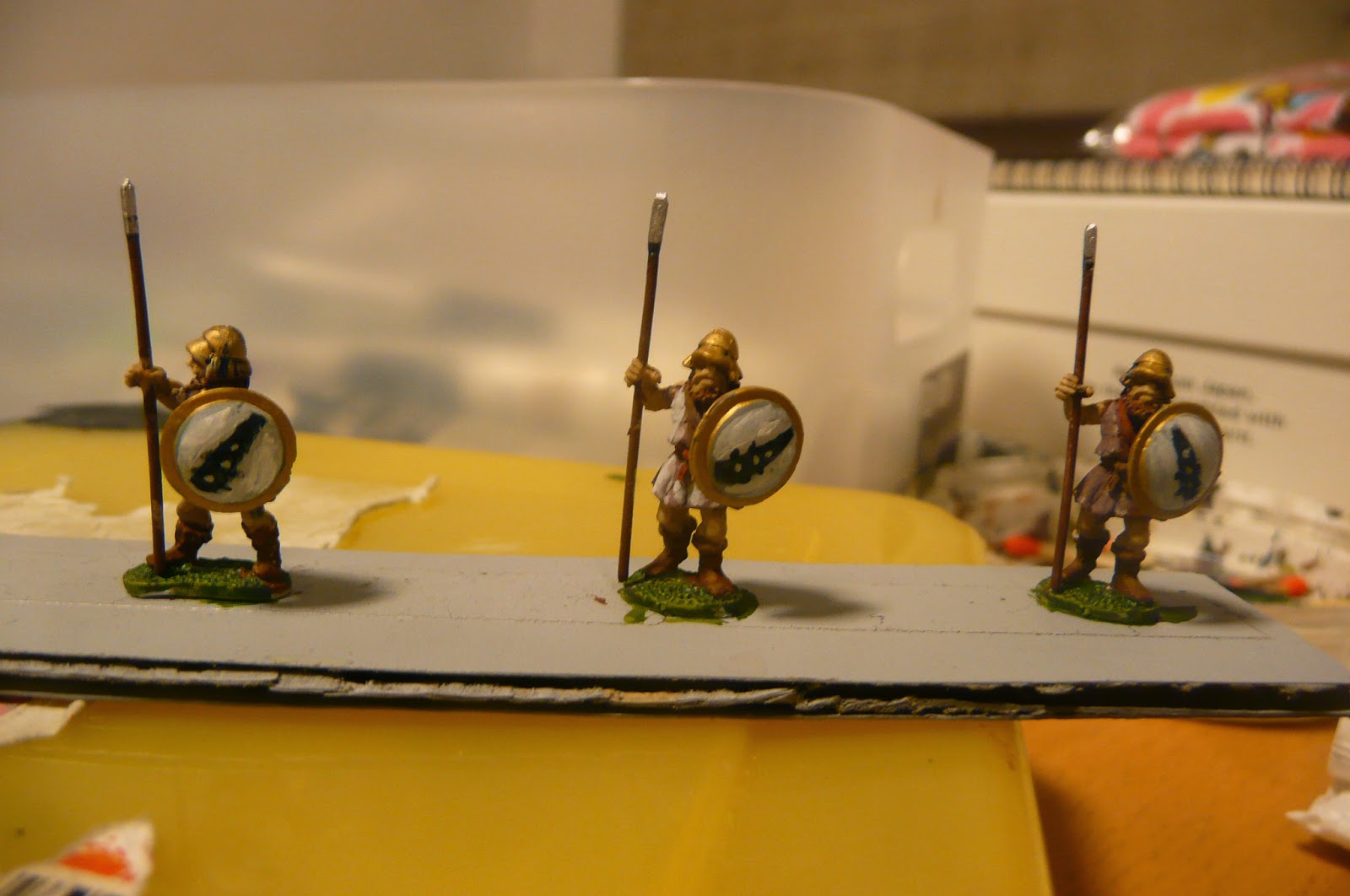 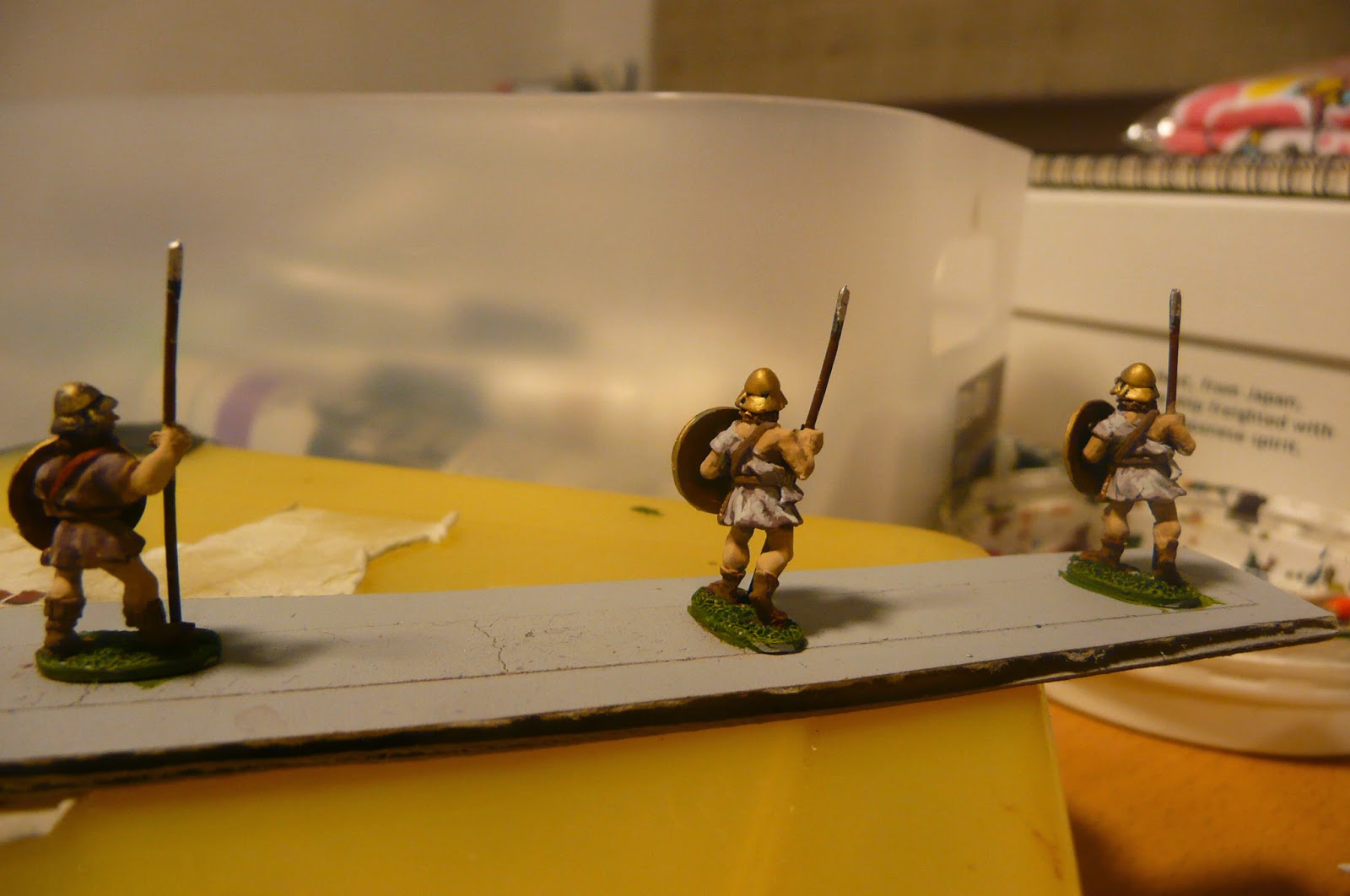 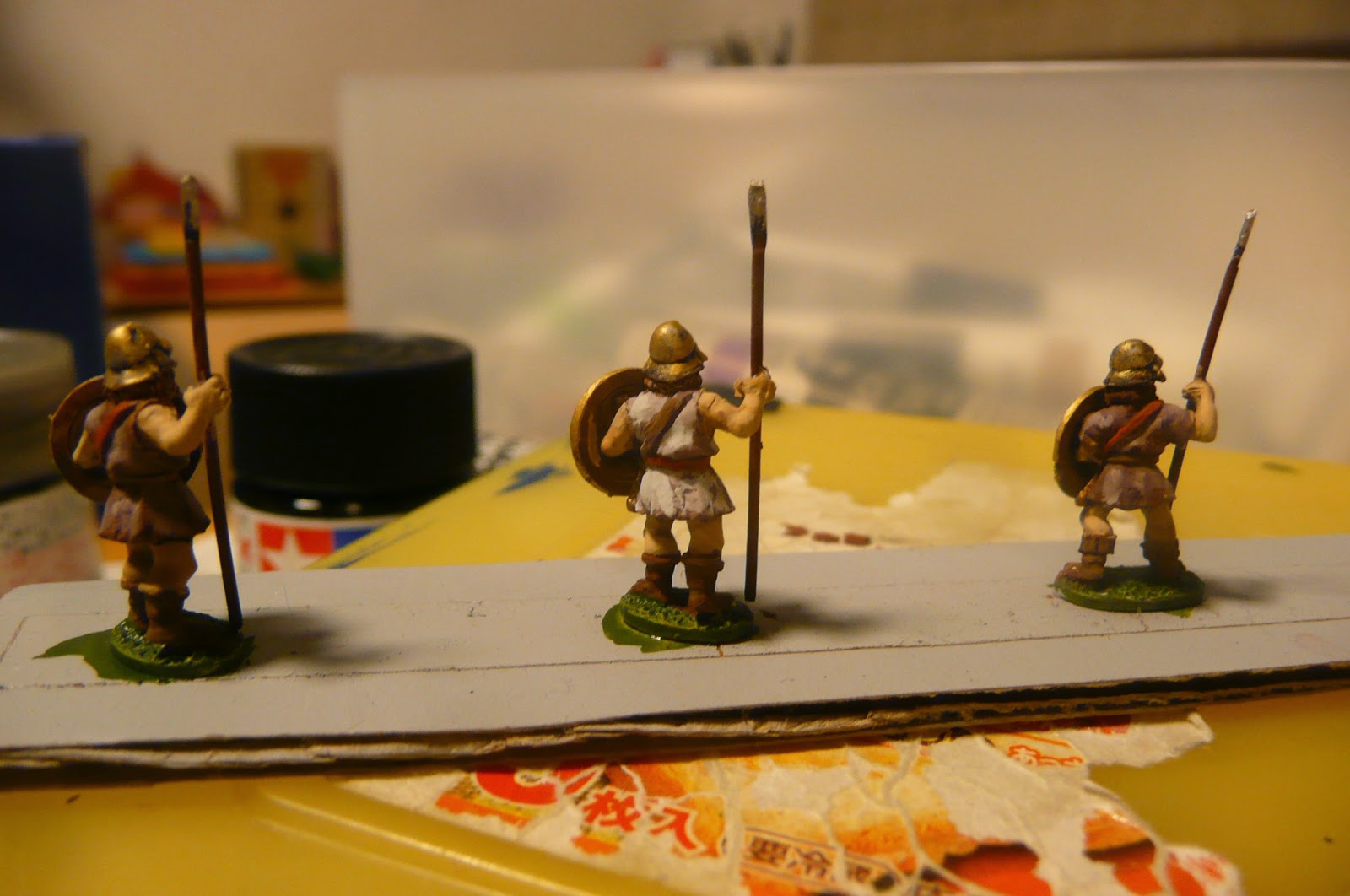 And one of the boy learning how to prep from some grumpy old man... 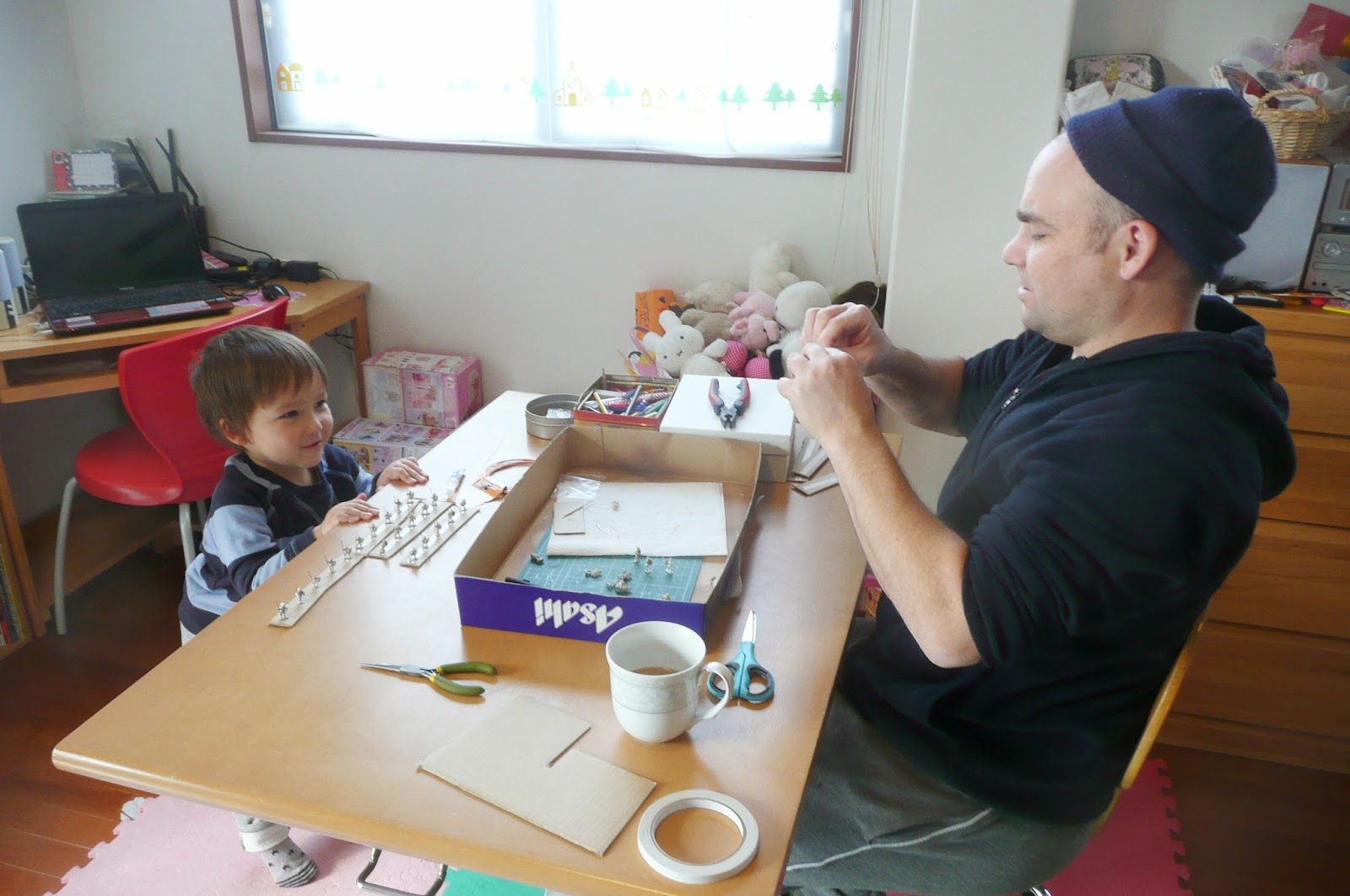 Happy New Year to you all, and I hope 2015 brings you health, wealth and good things in great abundance.