Here's some more of the action from my solo game of MMP's Ukraine '44.

(Note, all photos can be enlarged by clicking on them)

Picking up where we left off here, the Germans continue to fall back in the eastern sector under Soviet pressure. Panzer divisions are used to keep the corridor to the west open and maintain control of the all-important road junctions, vital for supply. 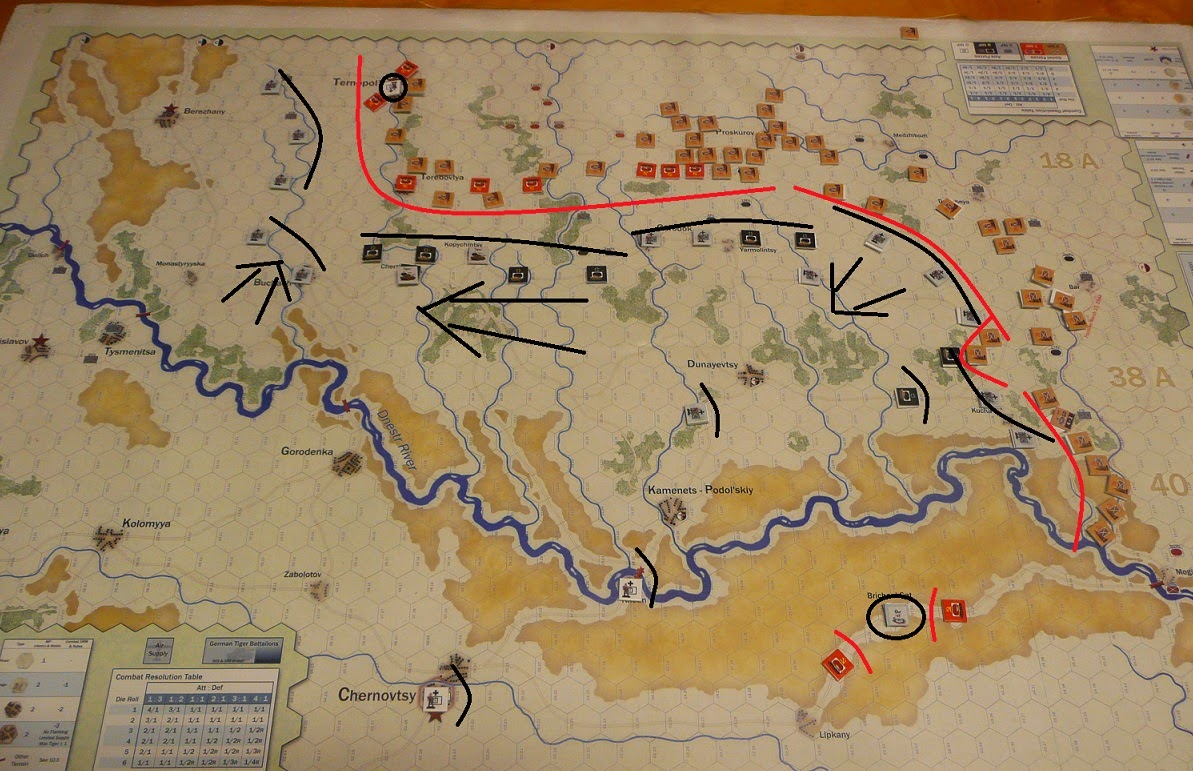 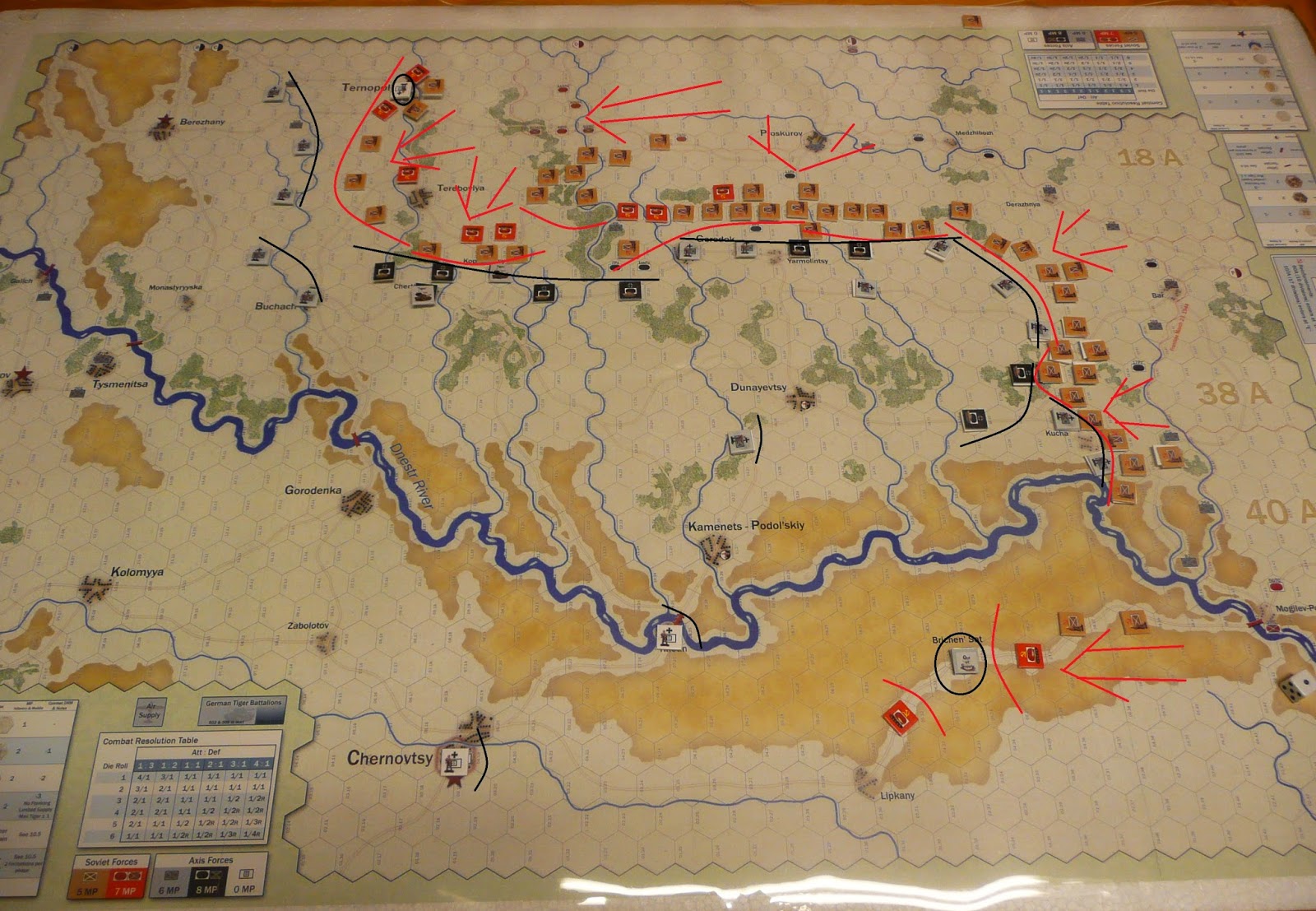 With their supply roads under threat, the Germans mount an efficient counter-attack north of Chertkov, destroying one Soviet division and opening a gap in the line which the Soviets will have to divert forces to plug, 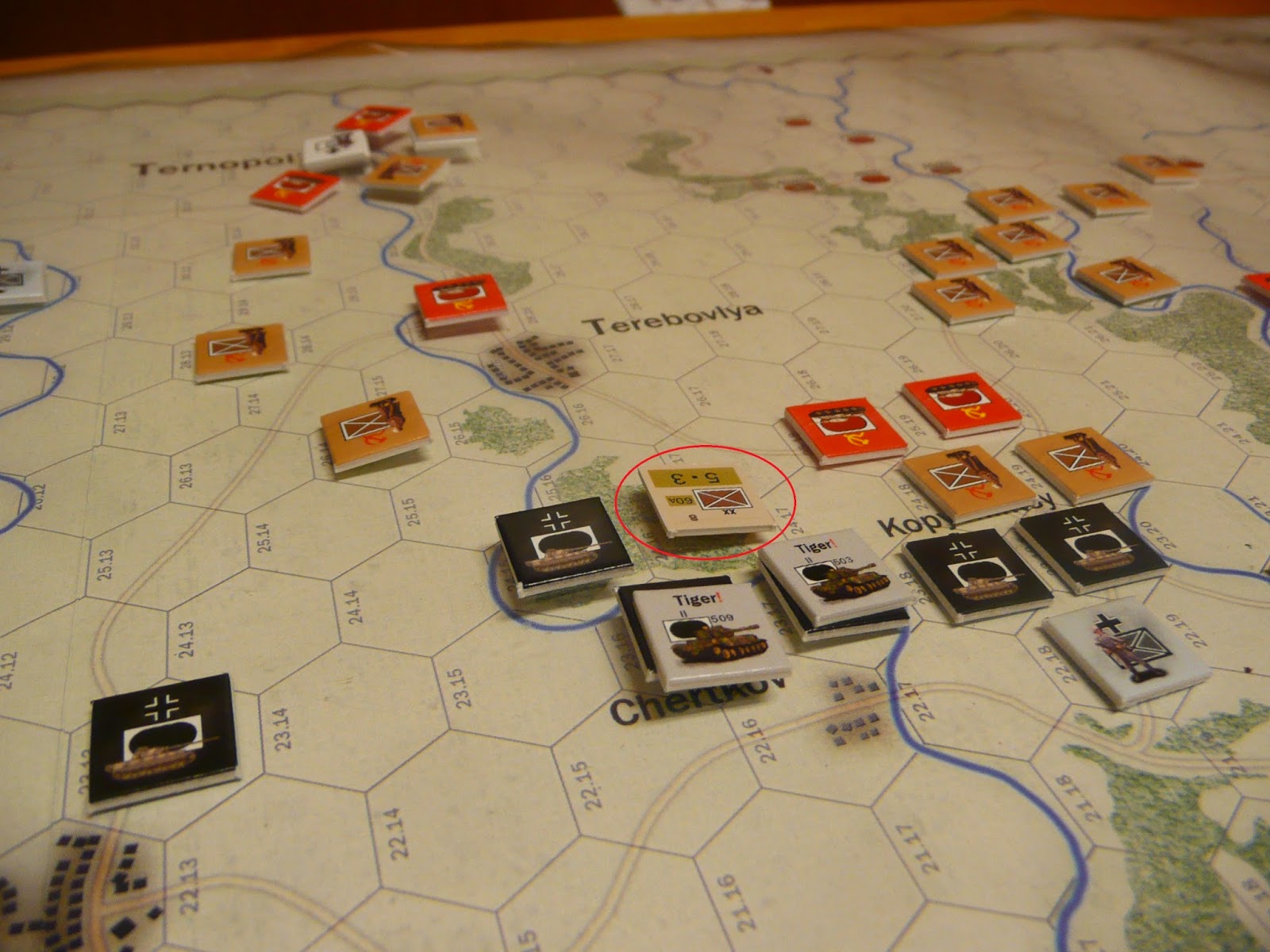 Elsewhere the pull back continues. 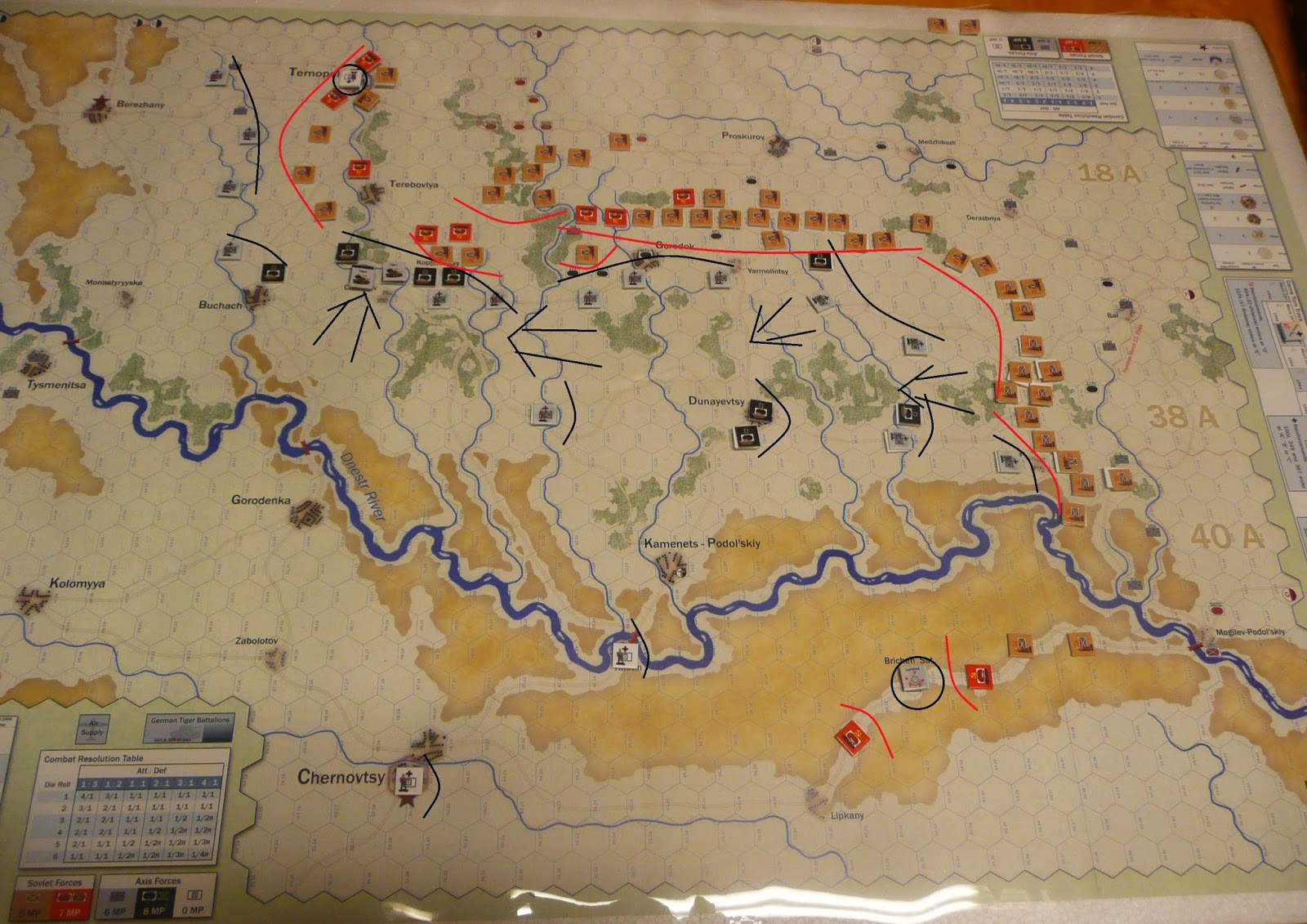 After the attack, German motorized divisions in the western areas reorder to defend the Chertkov-Kopychintsy line and those in the east that can be safely pulled out of the defensive perimeter withdraw into a more central position. 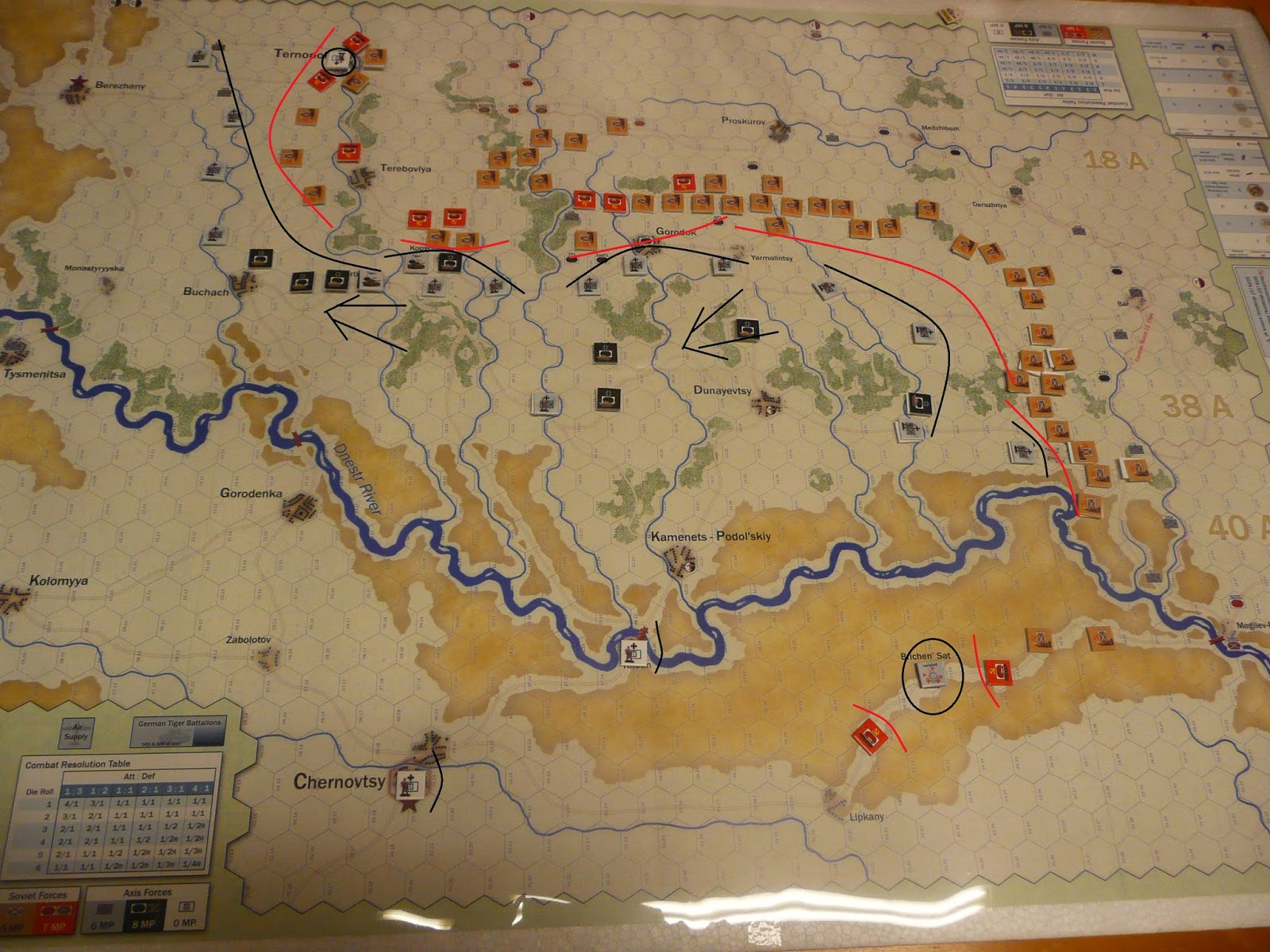 The Soviets continue their advance, making headway all along the line, putting particular pressure on in the north. 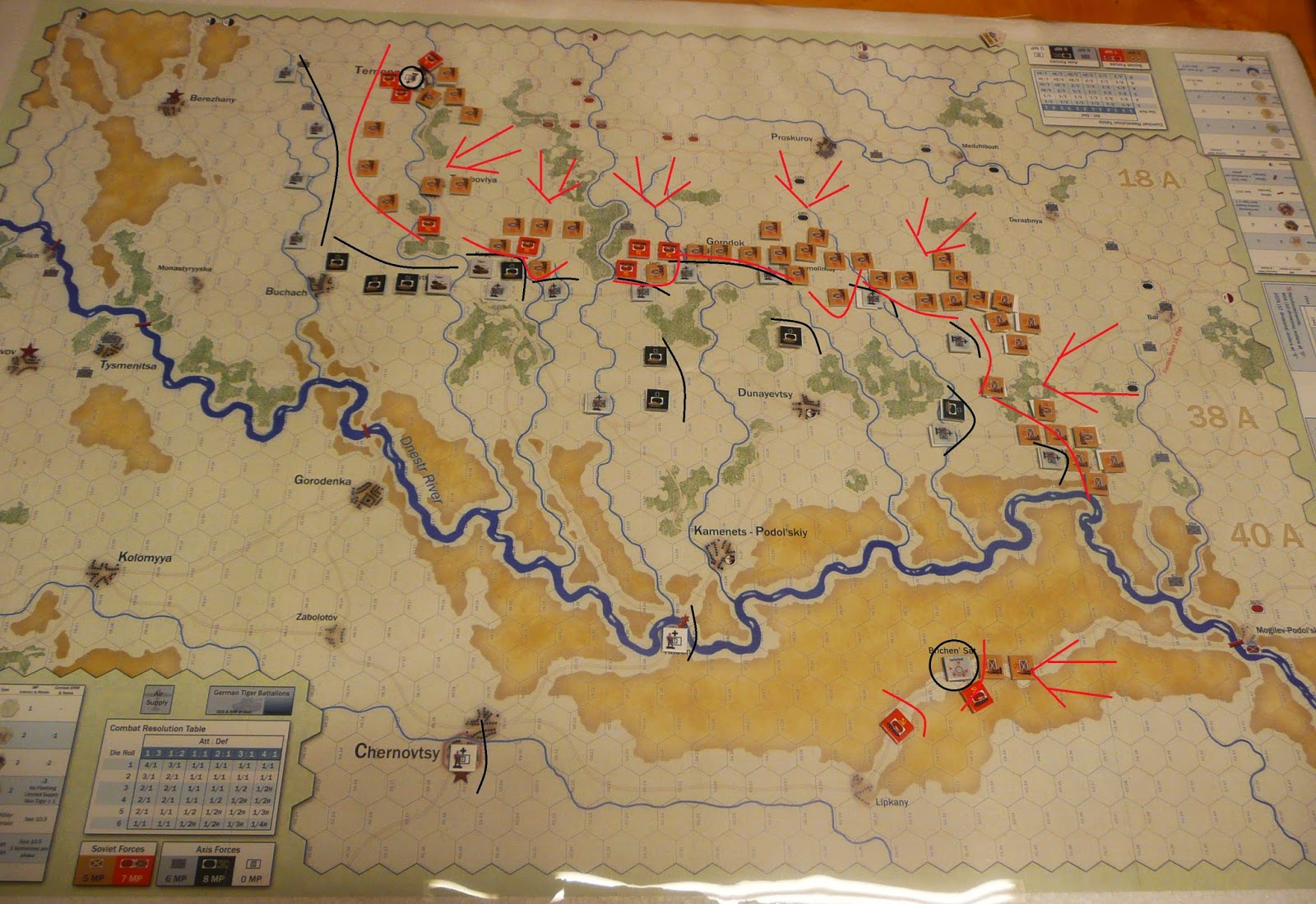 Successful Soviet attacks destroy two infantry divisions and open up three clear avenues of advance. An assault in the south forces the defenders out of Brichen Sat, while the siege of Ternopol continues in the north. 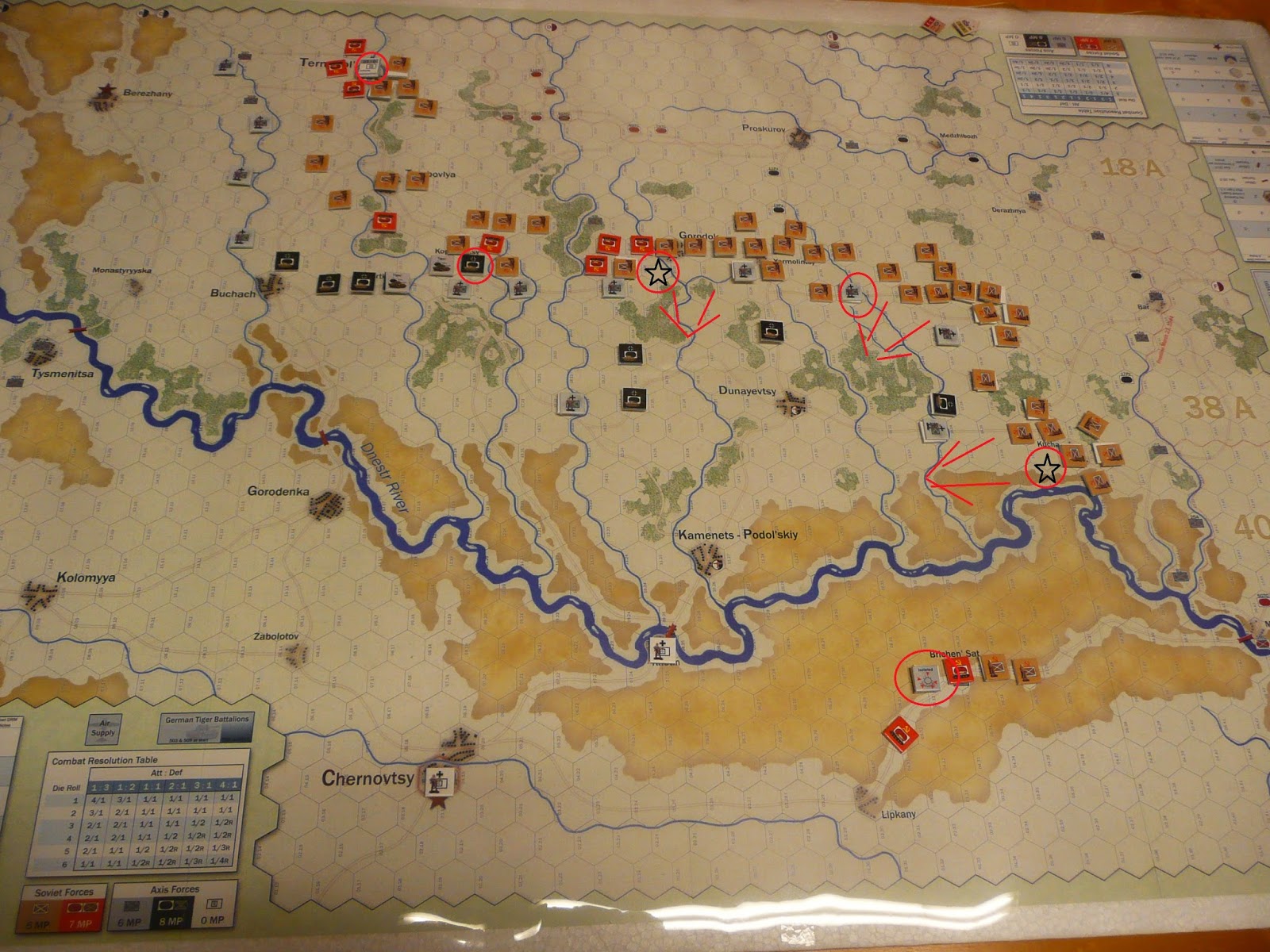 The German road network is now under direct threat. If they wish to keep the ground supply corridor to the east open, the reserve panzer divisions will need to be committed to the front lines around Kopychintsy immediately.

Map of the area.  Boxes show where the key struggles are underway. 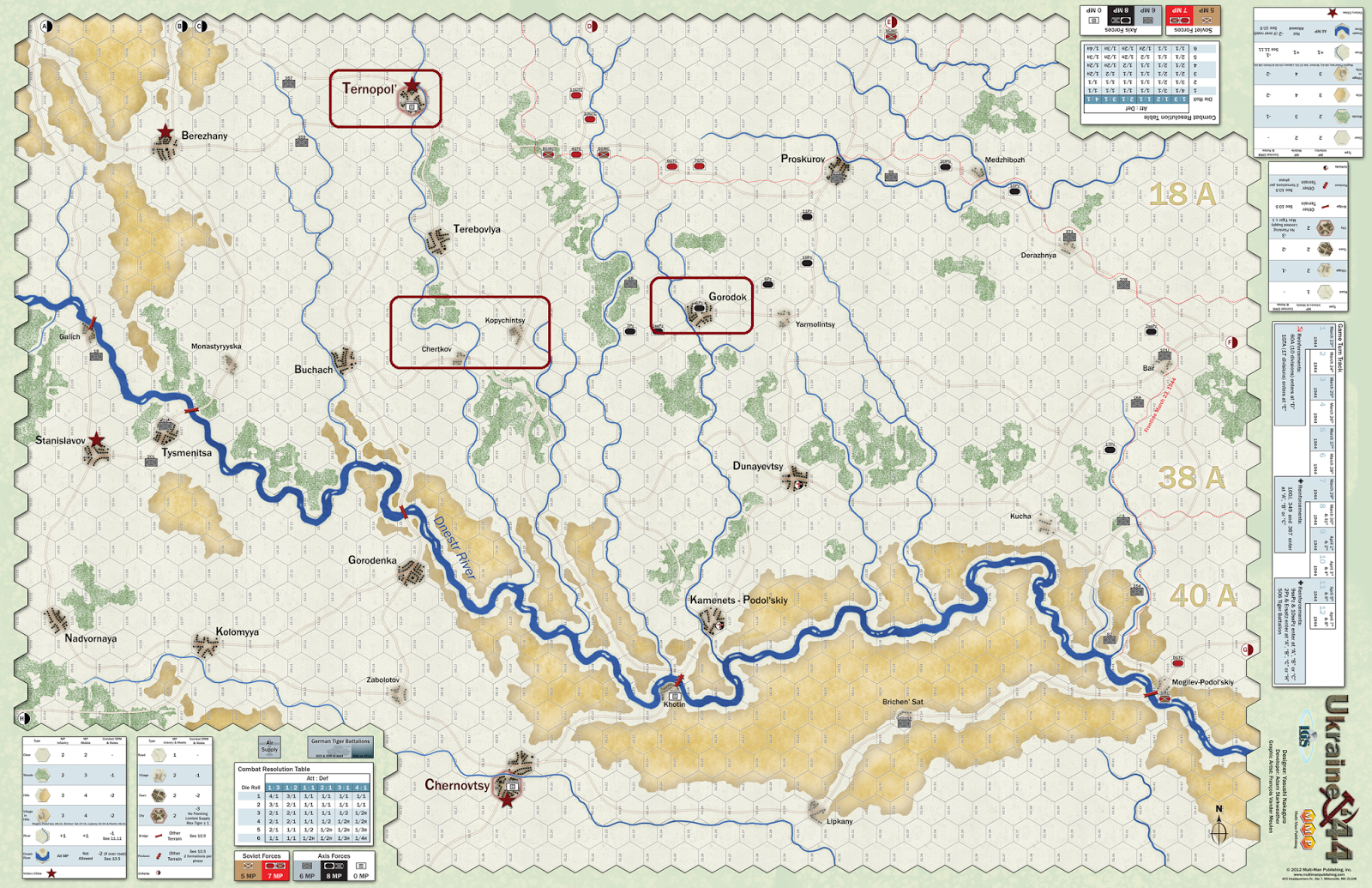