Well, given that I teach for a living, you might think that I would say that!

Nonetheless, I find that learning rules generally pretty much sucks. I have a four stage process that I seem to follow. It starts with irritation, proceeds quickly to outright disdain but will, if I play the game a few times, likely gradually turn into grudging admiration, and assuming I continue to  play, become a lapdoggish sycophancy which causes me to growl if anyone says a bad word against either the designer or the designed.

It therefore fills me with suspicion on those rare occasion when I do find a ruleset that I like from the outset. As you can perhaps guess, I encountered this rarety last night. The game is Ukraine '44, by Yasushi Nakaguro, published by MMP, and on the topic of the Kamenets-Podolsky, or Hube's, pocket. 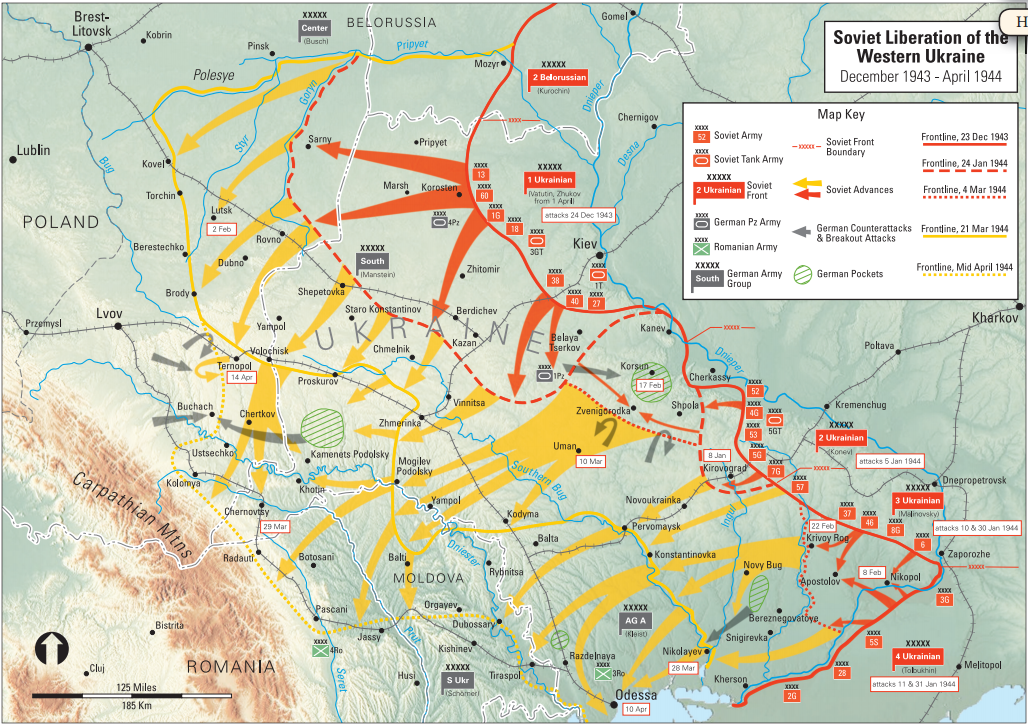 Map is a screenshot taken from here.

The rules are short, very clean (ie, you don't need to download screes of errata), and they make excellent sense. It's true that they are very much standard hex and counter with few bells and whistles, but the little things that have been added really appeal.

For example, the game keeps unit strength hidden. Units are placed on map on their generic side which shows just nationality and unit type, and they are only turned over when a combat is declared. After the combat they are turned back to their generic side again.

As another example, unit stamina is variable and losses incremental. It's not your standard 'take one hit, flip counter; take a second, remove counter' system. If your unit has, say, 6 steps, you simply record losses by means of a marker hidden under the unit counter.

In bigger games this would seem like an invitation to counter clutter, but as in this game there is a stacking limit of only one unit per hex, it is not a problem here at all.

The third thing I like is the combat system. It looks like your usual CRT is in play (calculate odds, find column, roll die, apply results) but it's not.

It includes flanking - which gives a positive or negative die roll modifier - and lovely rules for when odds are lesser or greater than those on the CRT. In most games, odds over of the maximum on the CRT (in this case 4:1) would be wasted. Here, they are not; a 5-1 simply means that you add a 1 to your die roll. A 7-1 means that you add 3.

Once more, simple, effective, and this time intuitive to boot!

Anyway, having apparently skipped most of the rules learning process and jumped immediately to the lapdog sycophancy stage, I've set the map up, and I'm genuinely excited about giving it a whirl. The only problem I can see for a solo game is what to do about the hidden unit strengths.

I'm leaning towards C, but I think I'll first have a browse on boardgamegeek and see if anyone else has tried to play solo and see what they did. 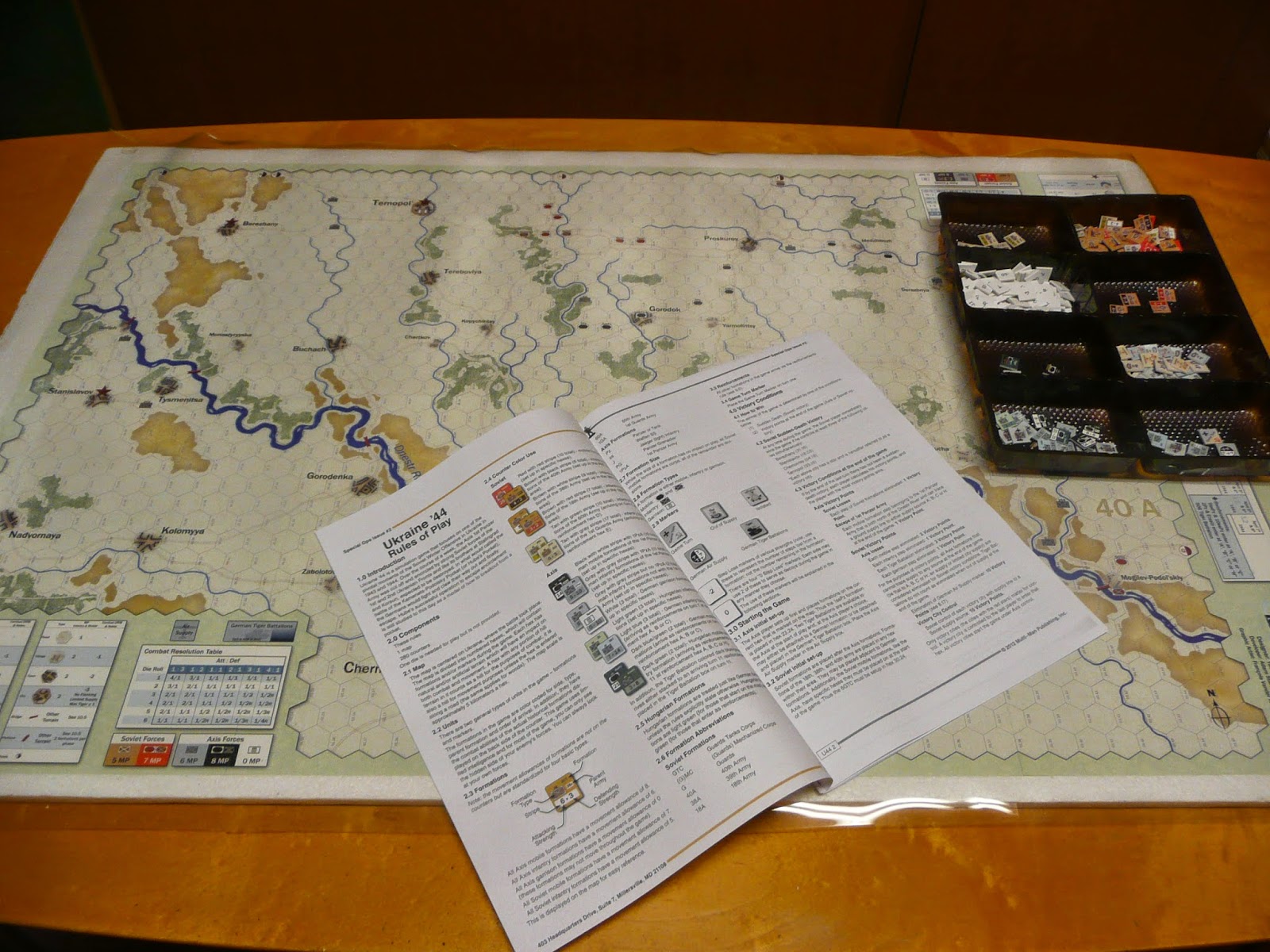 And the reason why I can actually play a game?  Because I spend the weekend putting in a new wall of shelves in the little closet room we have off the master bedroom, meaning that a lot of the junk that was cluttering up the hobby room floor space could be moved in there instead.