With a game day up tomorrow I decided that I'd better actually learn the rules we're going to play, so with that in mind I had to pack up Ukraine '44 and get Dux Bellorum to the table.

My Dark Age armies are not yet painted, so I used Gauls and Romans (of the Caesarian variety) to test the rules out.

Initial impressions are positive. There's room for skillful play and it is about the same level of complexity as Basic Impetus. It seems to include the things I liked about Basic Impetus (smaller game, discrete units, fast-ish play) while removing the things I didn't like so much (those nasty post-melee tests!).

What does concern me though is the balance between the various troop types. Will have to look at the odds a bit more closely and play a few more games before coming to any conclusions however.

This game was played out of period of course, but it still seemed to work OK.

Here are a few shots (the little flocked things with arrows/spears in them are casualty markers; the other green disks mark Leadership Points): 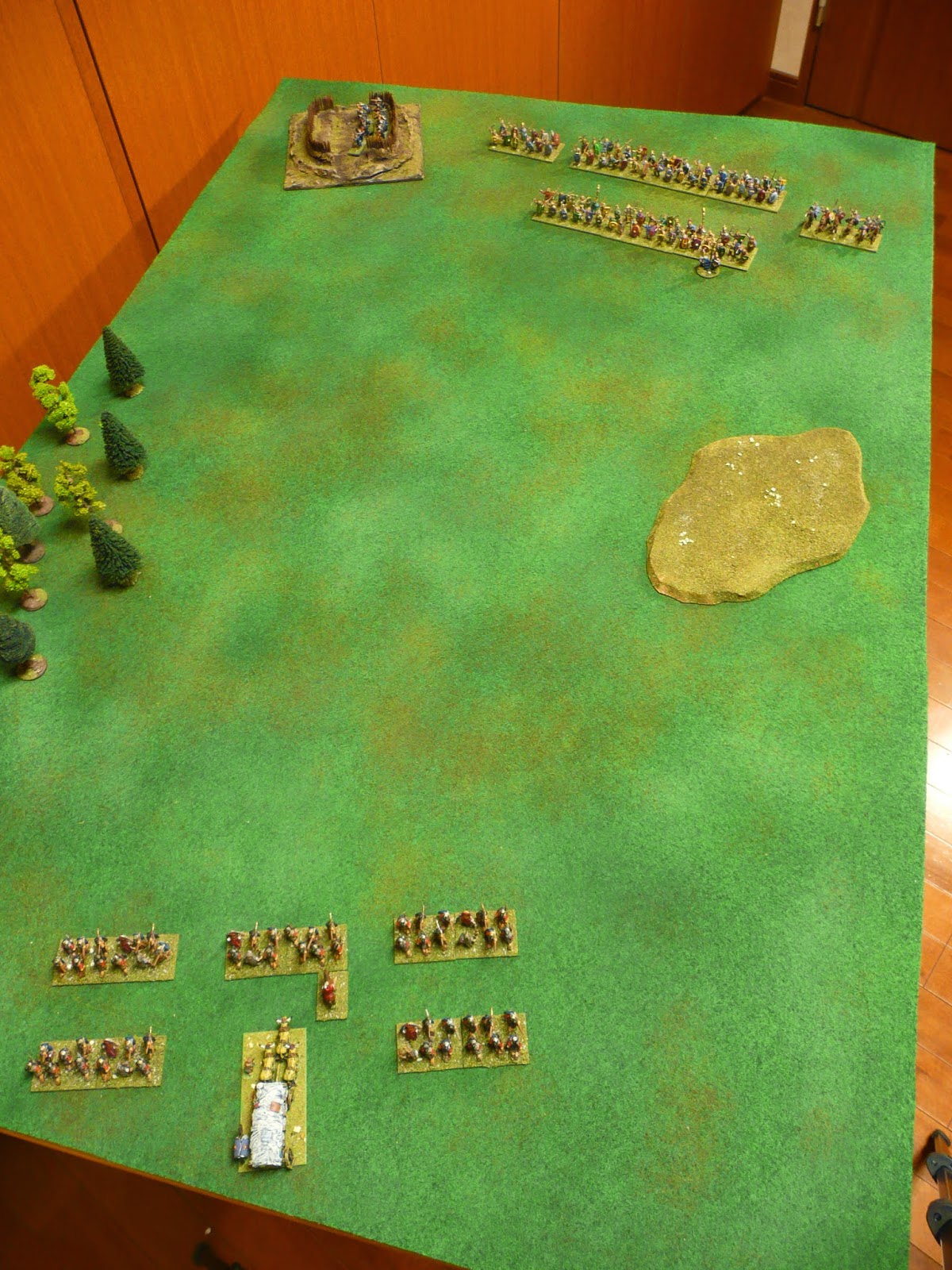 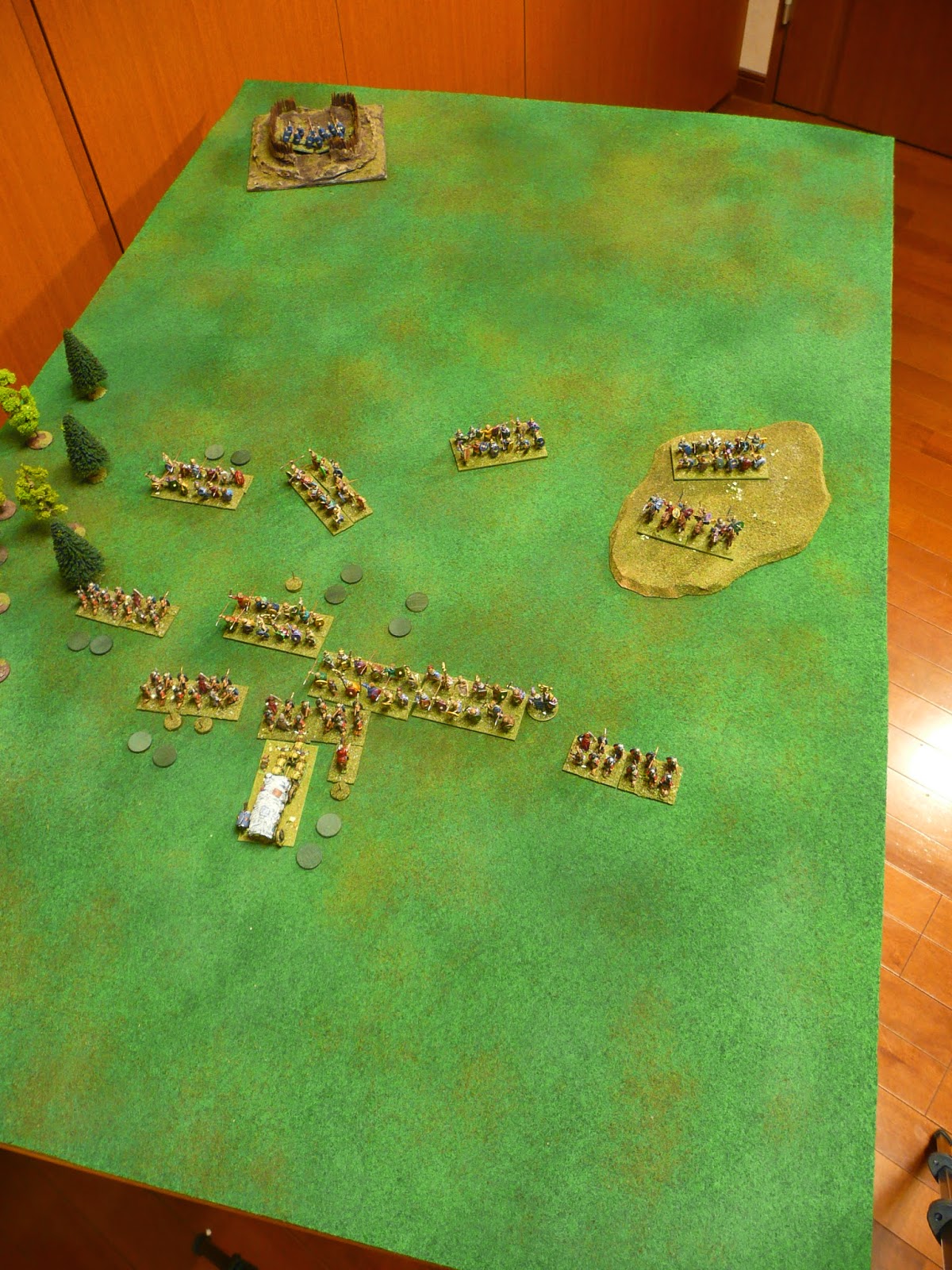 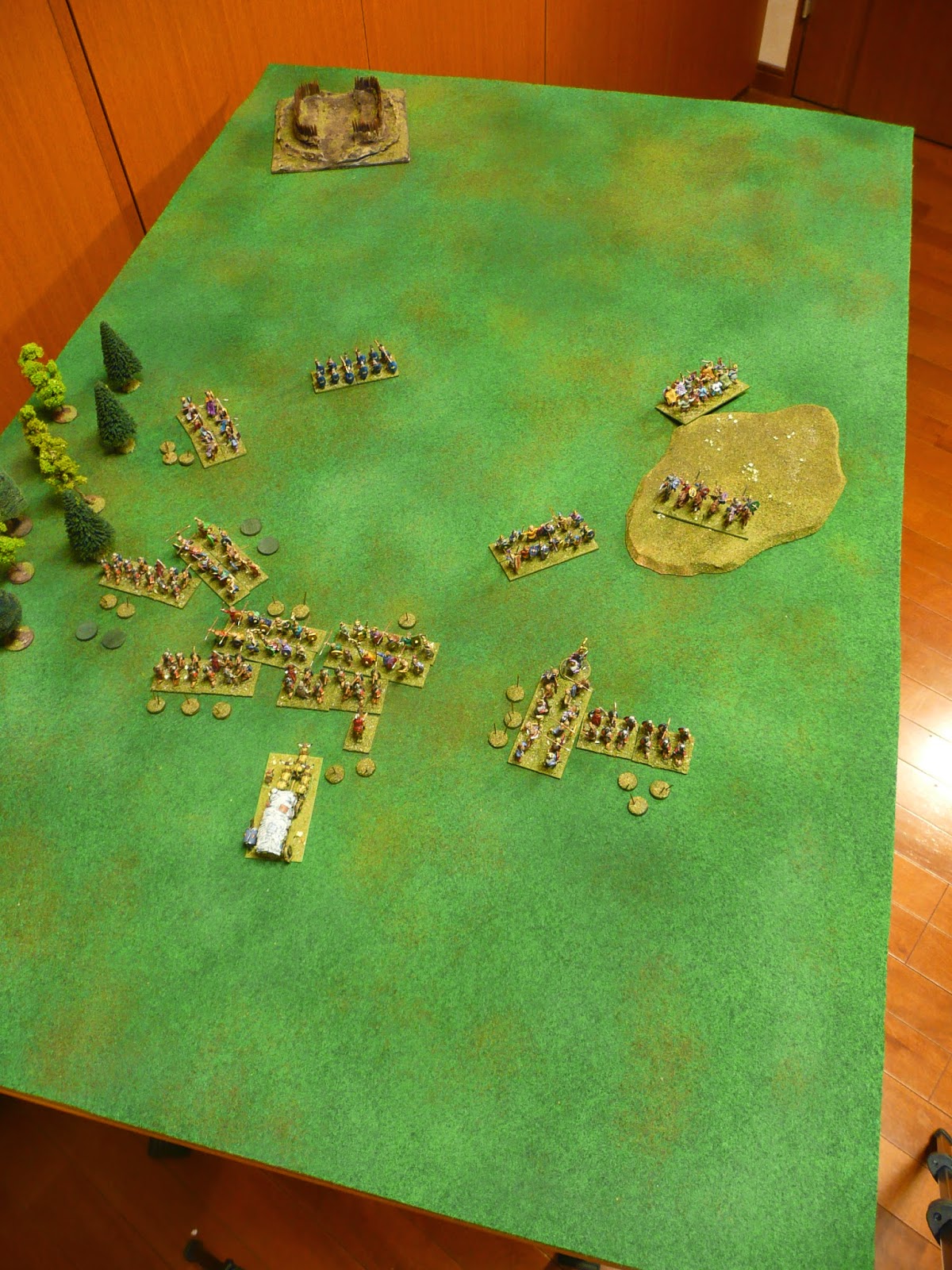 I also did a stop motion video of the action which you can see here: