Today I was lucky enough to be able to jump on a train and head north for a few hours of gaming with Pat, whom I had not seen for a twelvemonth.

Amidst the odd snowflake, some mulled wine and around a picturesque table, we refought 2nd Newbury with the boardgame This Accursed Civil War from GMT's Musket and Pike series.

I took the side of Parliament and deployed on both flanks, as if to trap the king in a vise. I outnumbered him and was under charge orders.  What could possibly go wrong?


Well, as has been telegraphed, quite a lot. Firstly, my own intrepid self Skippen bungled his attack on the Royalist position at Speen.

As a consequence, Waller, being overall commander, was forced to get involved rallying and reforming the troops thrown back during the somewhat over-hasty assault against a prepared position.

But Balfour's and Cromwell's cavalry wings would surely do their best and save the day.

And so they did: Balfour's horse destroyed Maurice's flank defence, but so weakened themselves in the act that they were in turn overwhelmed by a devastating counter-attack, prosecuted under the very eyes of the king himself.

Cromwell's wing then also got into prancing difficulties.  Hedge crossings disrupted their formation and unimpressive thinking condemned them to the indignity of being reaction-charged in a constricted space.  Consequently, they were unable to bring any force to bear against the brave (and superbly led!) Royalist horse. Touche, Patrick!


Skippen's foot eventually got back into the action and pushed the Royalists from their position at Speen.

Sadly, our casualties were mounting, and like an idiot, Skippen stayed in the front line with his wobbling brigade instead of sensibly retiring to join the next line. He dies bloodily, and with him lie our chances of winning the day.

But what of the other flank, you may ask? 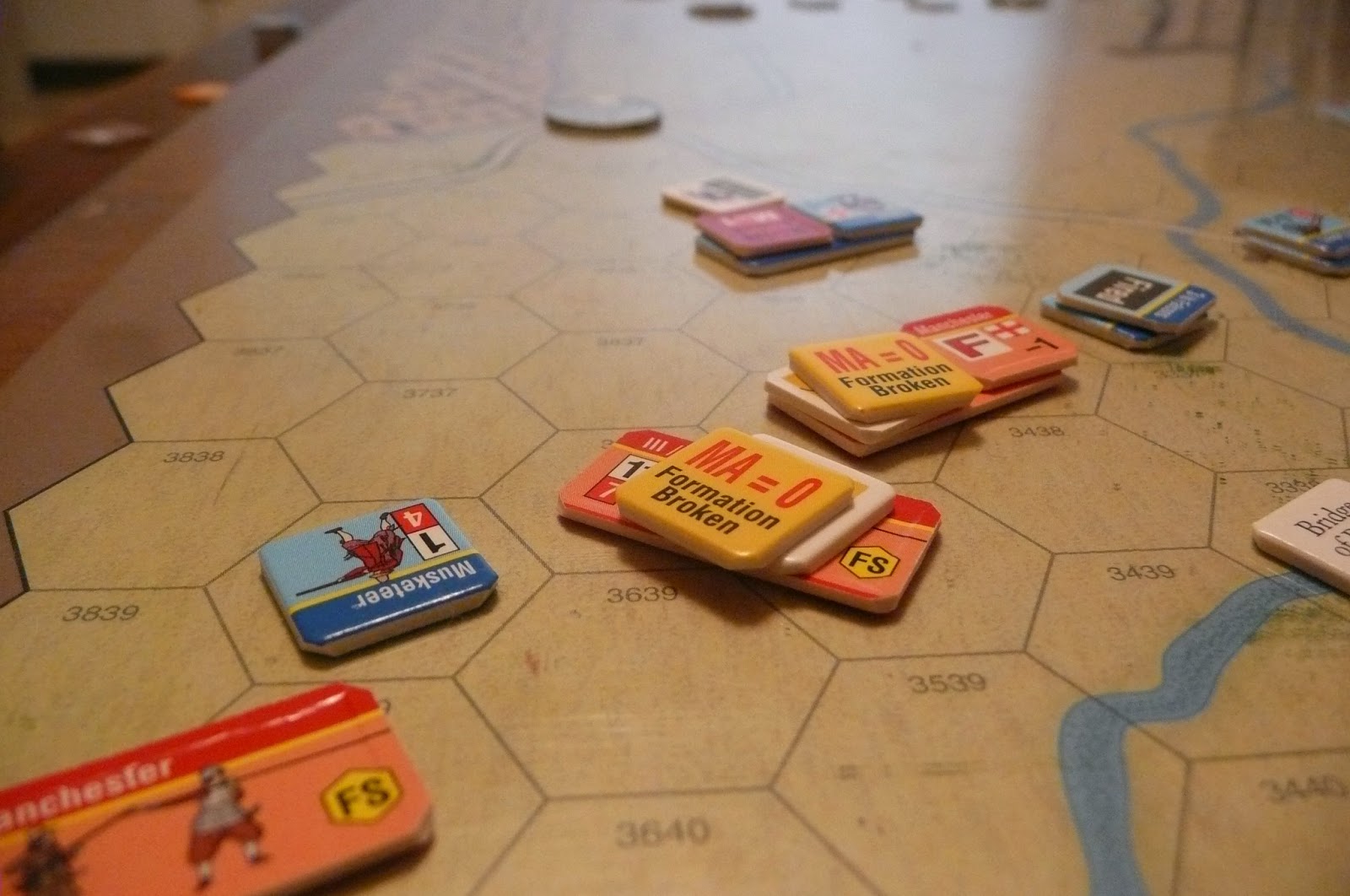 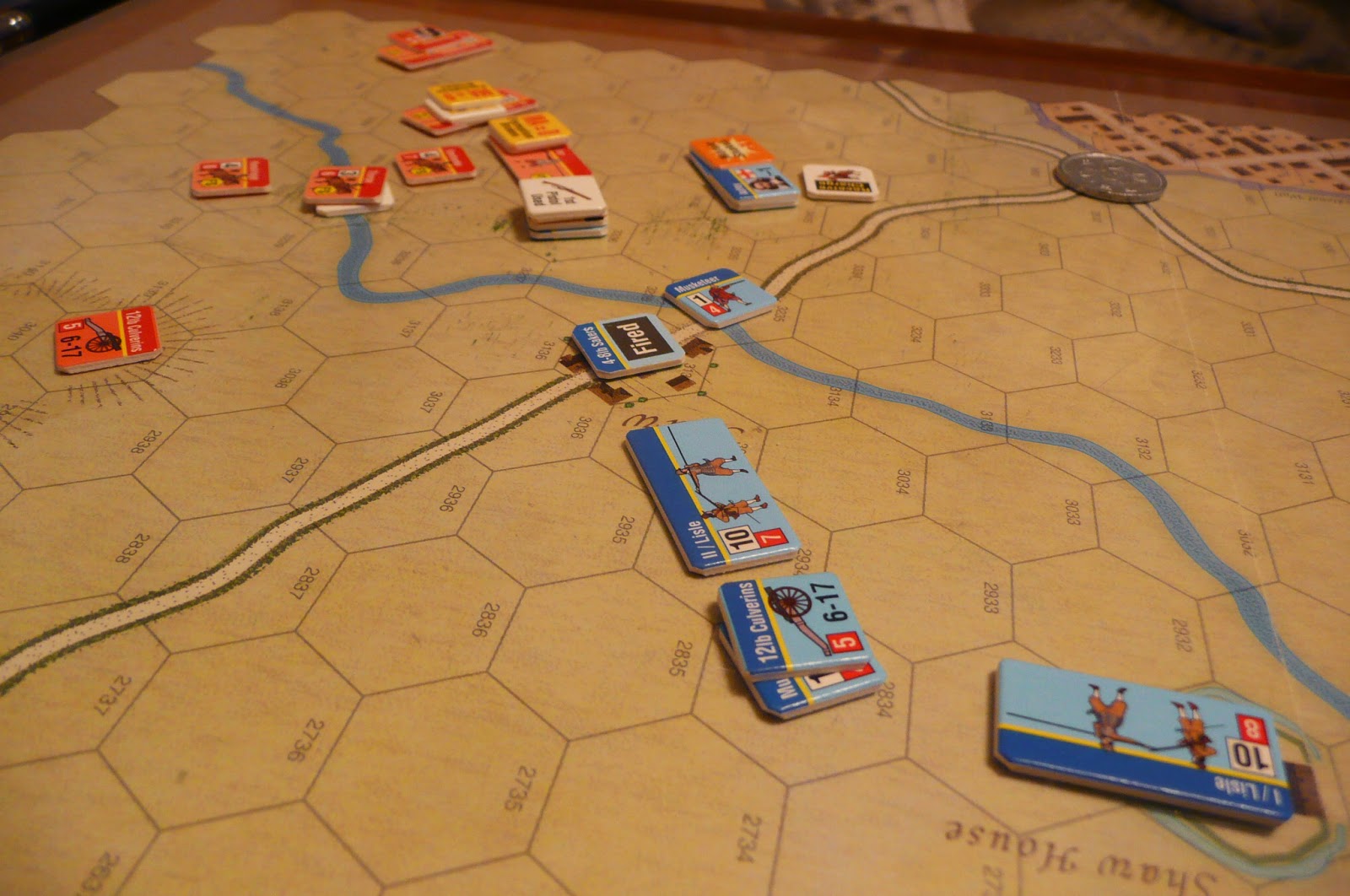 There too it was a sorry sight. We got across the river but disordered ourselves so terribly we failed to get any momentum against the stalwart men of the king.

With night (and snow) falling, it was time for Waller to catch his train back home call his men together in conference and have a good go at them.

Despite the awfulness of the defeat, it was an excellent game to play. A real tactical puzzle, and it was a thrill to re-learn this solid system. It can get a bit fiddly for fat-fingered Kiwis with all the markers about, but it has a lot of to-and-fro action that makes for a great day's gaming and provides some moments of high drama.

As an added bonus, I won a copy of the game on the Japanese version of ebay the other night, so I can study my many mistakes in the comfort of my own private dungeon!

Many thanks to Pat for a most enjoyable day and some most palatable beverages.