I popped into the local Ma and Pa plastic model shop in town the other day to have a browse and a wee chat with the owner. I got put onto him ages ago by a mate who used to build the odd Normandy diorama, and over the years we've got reasonably friendly. As my only local hobby contact, I look forward to our occasional conversations about painting, kitsets or terrain. He has masses of stock and even though I don't build plastic models I can get lost in there looking at what he's got in or what he's currently building and thirty minutes will go by in a flash.  He's a really nice guy, so I always try and buy a few things from him when I'm in that part of town; flock, paint brushes and such like.

Anyway, I must have caught him on a bad day, because when I asked how things were going he replied with uncharacteristic seriousness. It turns out that business is bad going on worse, and that it has got to the stage that his sons are not interesting in continuing with the store when he retires. Ten to fifteen years ago, he reckoned, he used to have a lot of customers through his shop, mostly children, and mostly on weekends. They'd get model kits as presents and spend their pocket money to get more, they'd ask to look at the displays he has, would ask for advice on building and painting, and would use the track he has set up for radio controlled cars. Nowadays, by contrast, the children don't come in at all. The customers he does get are all largely adult males who were once modellers as children.

To lighten the mood he joked that I could take over the store when he was gone, but he may have been a bit more serious than he let on.

We nattered on for a while and in commiserating with him I asked whether he had tried selling through the local version of ebay.  He shook his head and said that he didn't want to do it because a) he likes talking to his customers, not just selling to them, and b) some internet buyers can be very demanding, and that dealing with those kinds of people is exhausting and can put your reputation at risk.

There wasn't much I could say to cheer him up, but I agreed with him wholeheartedly that it was very sad to see a once-popular and much-loved hobby no longer able to compete for attention against other forms of entertainment.

It made me think about our own hobby. I'm not much of a proselytizer for wargaming, but I would hate to see wargaming going the same way.  The thing wargaming has in its favour over modelling is that it is a broad hobby with many facets to it.  There's room for the modeller, the painter (and the painting services user...) the  casual gamer and the competitive gamer. You can be a rules writer or a rules lawyer; a social type or a misanthrope. It's not only about building things, but also about using them in an imaginative way, and I think there is more satisfaction to be had in employing your troops on a tabletop than there is in only seeing them on display in a glass case.

And what about the no kids situation? I don't know if this is such a big problem with wargaming.  My parents were not wargamers, and with the odd exception, nor were the parents or relatives of my wargaming buddies. I came to organised wargaming (ie, with rules and self-painted figures and whatnot) in my early thirties, when I had some disposable income and less desire to spend that income on nights out on the tiles.

So, while my friend's hobby store situation is a cautionary tale, I don't think wargaming needs to worry just yet.

But I'd like to throw this open to readers.

Is there a correlation between model making and wargaming?  Does it worry you if associated hobbies start to feel the pinch?  Are kids of your acquaintance interested in  modelling or wargaming?

Are wargaming parents important? In your experience, are they a pathway into the hobby for youngsters?

It would be good to hear your thoughts.

To finish on a happier note, here is what I got from the model shop the other day. 1/700 buildings, dirt cheap, that will work splendidly with my 1/300 figures. I would never have found these over the internet, and in my view any hobby would be much the poorer without people like my model shop mate who keep things going with their knowledge and enthusiasm. 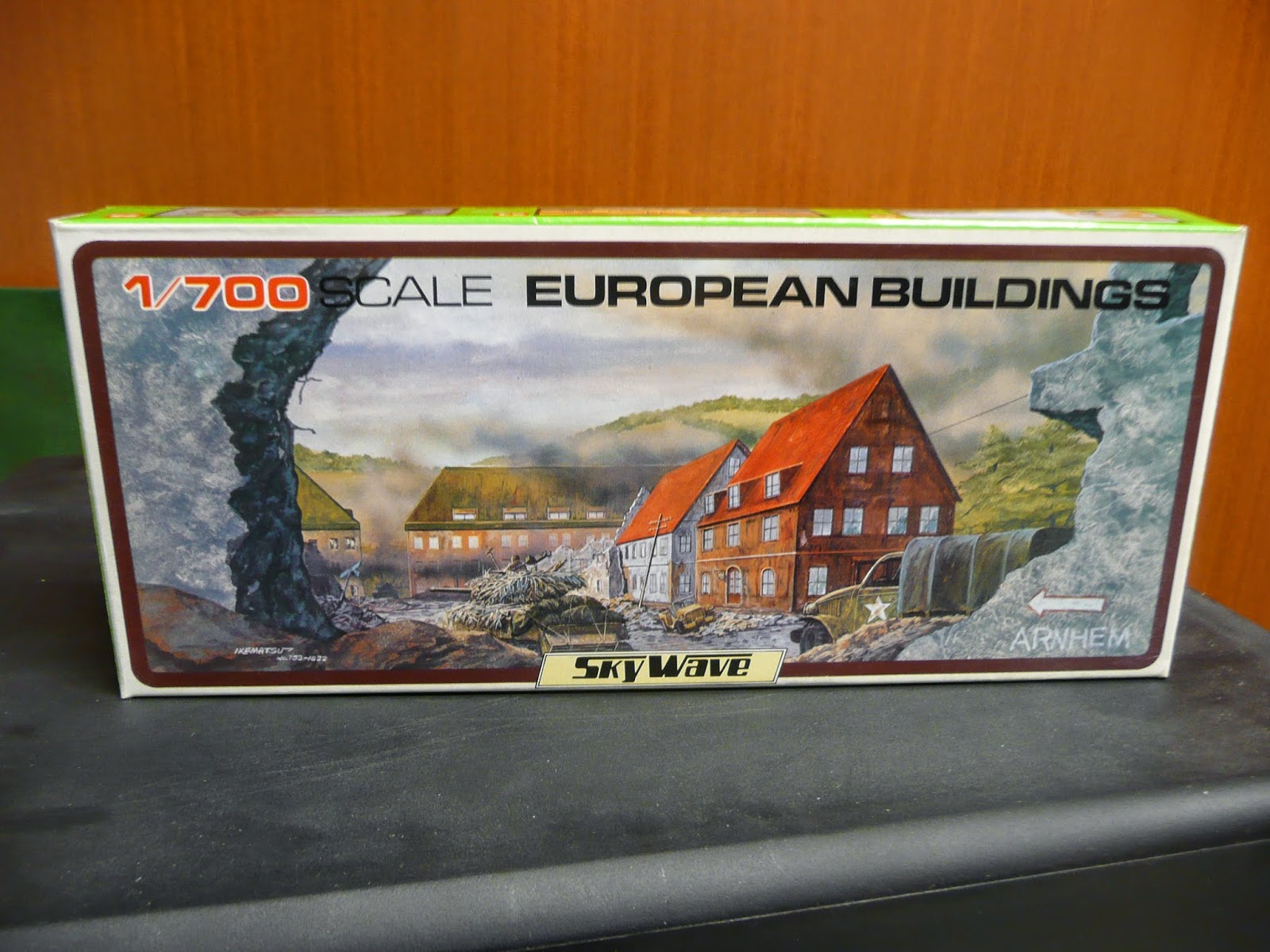