For me, one of the great delights of the internet age is the ease with which one can meet like-minded wargame enthusiasts from around the world and not only share ideas and a bit of humour but also actually get to play a bit.

VASSAL is so far the best tool I've encountered for play by email games, but Cyberboard does a good job as well.

One gamer I've been lucky enough to have a bit to do with over the past few years is John Acar, and the latest in our long line of VASSAL matches was concluded just recently. What follows is a brief report. All of the screenshots included here are from John's VASSAL module for the game, which can be found in the file section of the AMW yahoo group.

This rules used were Neil Thomas's Ancient and Medieval Wargaming, in this instance pitting Macedonians vs Classical Indians.

In AMW the first side to eliminate six of the eight enemy units wins, so my plan was to close as quickly as possible in the centre and trust that my phalanx could defeat his bow quickly. I hoped to beat him on one wing with an outflanking move and hold him as long as possible on the other.  I felt that there was not much I could do to counter the elephants except pray for really good dice.

Heavy chariots are superior to my companion cavalry in AMW, so I imagined that John's plan would be to use that superiority to his advantage, try to win on the flanks, and unleash the jumbos onto my poor unsuspecting heavy infantry. 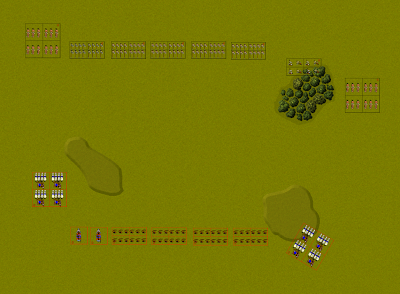 Over the next few turns the Indians got into bow range and fired off a volley or two, but without conspicuous success.  My cavalry held back on both flanks, daring his chariotry to advance.  On his left, they did. 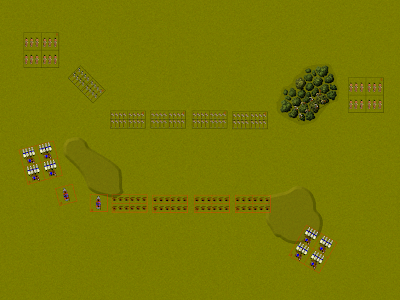 The Indian shooting improved dramatically as the turns clicked over, and John's chariots charged in on the left.  My hypaspists promptly responded with a charge of their own into the flank of the chariots, and then the hypaspists in their turn were smacked into by an elephant.

Confused?  Hopefully the screenshot below will help.

In the centre the phalangites continued their slow advance, peeling off the rightmost unit to guard against the attack by the second elephant.  On my left, nothing much happened except for the light infantry accepting that they were on the wrong wing and trying to get to the other as quickly as they could. 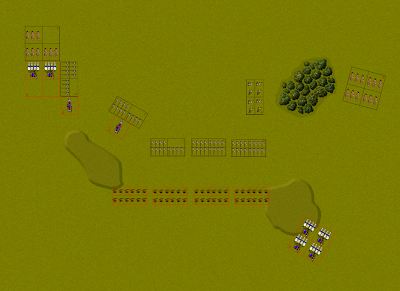 It was now my turn to charge, and the phalangites piled in.  They managed to rout the unit opposing the left of the line, but the bowmen in the centre put up strong resistance and the struggle turned attritional.

On my right the horse and chariots traded blows, with the supporting hypaspists disappearing rapidly thanks to the attention of the elephant on their flank. 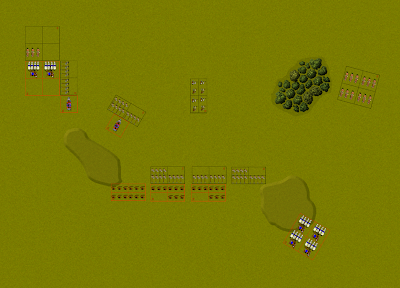 The fight continued, with the leftmost unit of Indian foot swinging round to outflank my phalanx.  The chariots of his right also turned and gave every indication that they would come down off their hill and engage my infantry line. 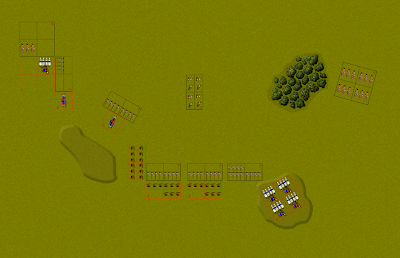 As the elephants got more into their work, both the hypaspists and flank guard decided they'd had enough.  They broke, and my right centre abruptly collapsed.

It was still slow going in the centre, and (to coin a phrase...) it became apparent that the battle was 'going ill with us'. 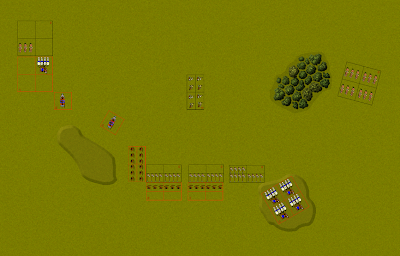 John seized his chance to get the other chariots involved, and they charged into the line as well.    The elephants re-positioned themselves to inflict more carnage on the exposed infantry, and my light infantry flung javelins for all they were worth.

In the centre, the second unit of bowmen finally gave way. 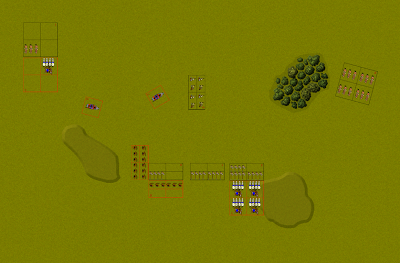 The chariots were by now carving up my phalanx, but I hoped that my cavalry's belated arrival on that wing would take care of that.  The freed-up phalanx ploughed into the third unit of bow infantry who continued to put up a brave fight. 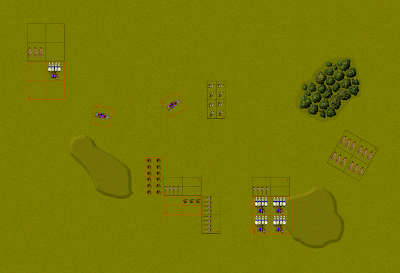 Unfortunately (but not unpredictably!) my centre now gave way, and the clever plan I'd had of holding back the companions on my left was shown for what it really was - rubbish!

Ignoring the javelins coming their way, the elephants began feasting on the light infantry. 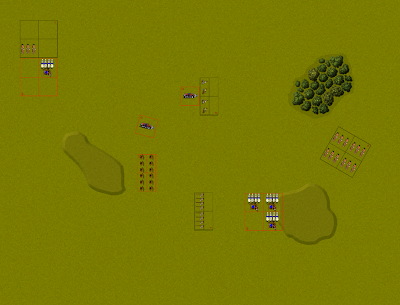 We were in even graver difficulties now, and, barring some extremely good fortune, it seemed to be just a matter of time before John's men ground me down beneath their remorseless attacks. 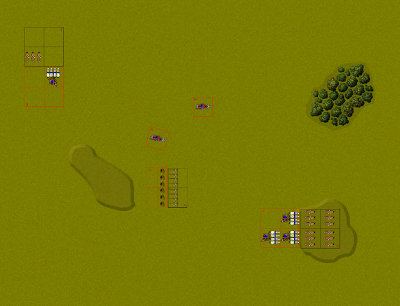 My cavalry charge was a failure, and the elephant slammed into my last unit of infantry before we could see off the final unit of enemy bow.  "All is lost," we cried, "especially honour!"

The chariots of the Indian left then roused themselves to finish off my companion cavalry and the rout was complete. 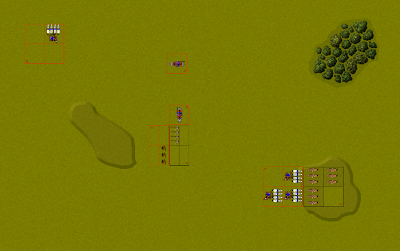 In the end it was a comfortable victory for John and his Indians.  He outplayed and outclassed me here, steamrollering my unfortunate troops with good deployment choices and strong play.

I'm afraid to say that if I were a Carthaginian they'd have hanged me after this performance!

So well done John; and all going well we'll attempt to get a rematch in at some stage this year.