Here are a few shots of a Commands & Colors: Ancients solo game I played tonight.  The scenario was Zama, which has the Carthaginians relying rather heavily on their elephants for the victory.

Here are some shots of the deployment. 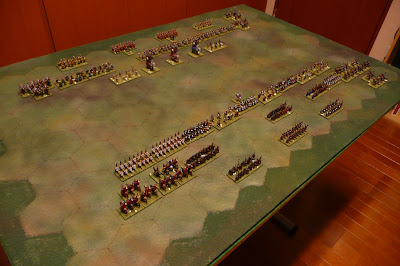 View from the Roman left: 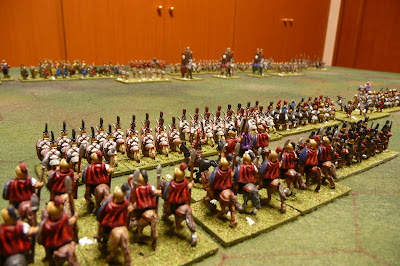 The great Scipio himself... 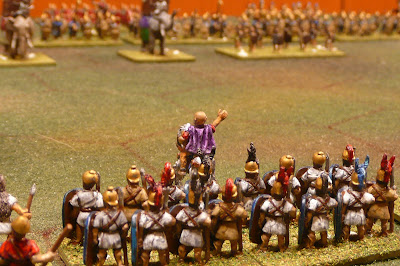 The battle began with both sides advancing light troops in the centre: the Romans to pick off elephants; the Carthaginians to protect them.  Both sides took light casualties, but the elephants were unhurt. 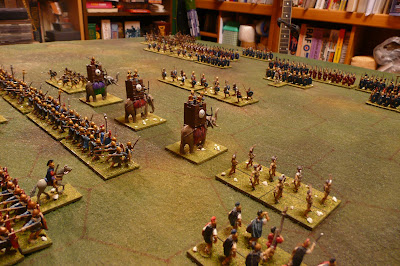 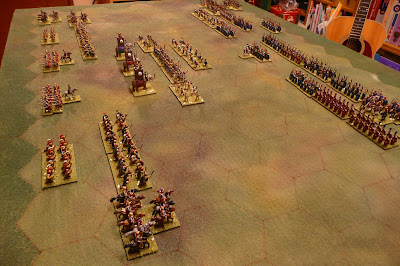 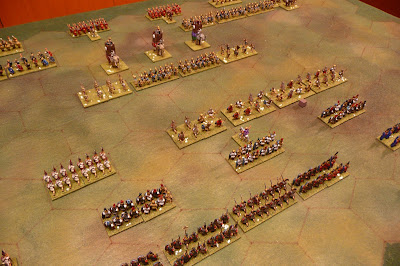 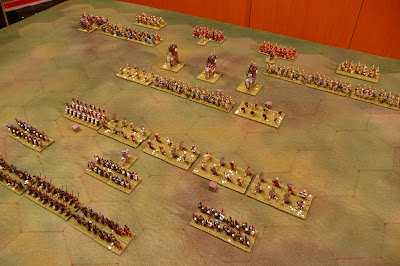 After some re-positioning of units, Carthage made the first truly aggressive move in the sixth turn, pulling out a double time card to move up and attack on their right. 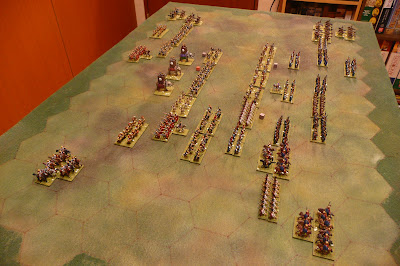 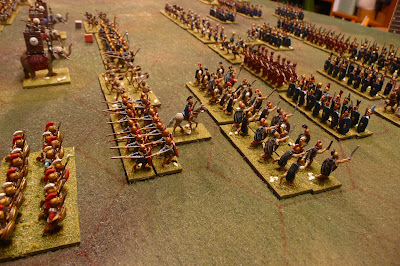 The attack was relatively successful.  A unit of hastati was dispatched and Laelius and his equites were driven off, but there were some casualties on the Carthaginian side as well.  The Romans took advantage of this and counter-attacked with an order three left, dispatching a unit of warriors to even the score at 1 banner apiece. 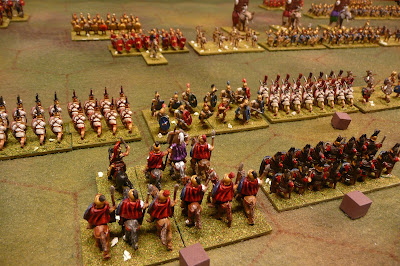 Carthage responded with a second double time, which saw two more Roman units destroyed on their left.  The Romans fought back with another banner, leaving things at 3-2 halfway through turn 7.  On their play though, Carthage delivered a mounted charge, enabling them to bring their elephants and cavalry into the action. 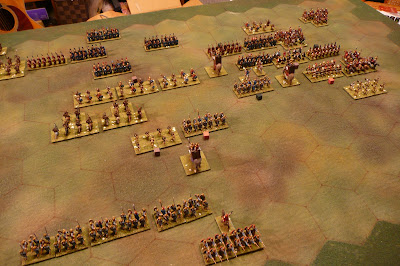 A devastating sequence of pachyderm assaults saw Scipio lose his guard principes to one elephant charge... 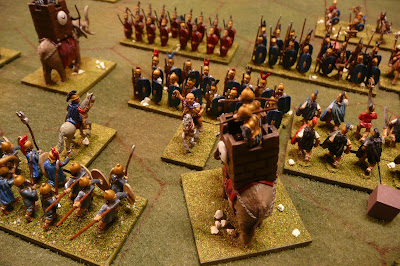 ...and his guard triarii to another! 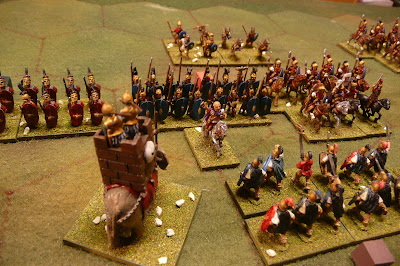 The cavalry, however, refused to be outdone: 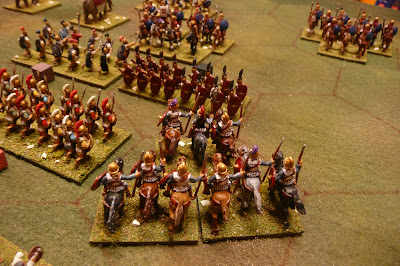 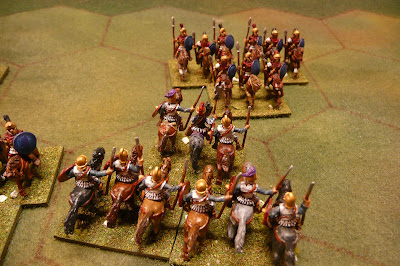 Thus were four Roman units destroyed in the one turn, thereby swinging the battle in Hannibal's favour, 7-2.

The Romans did not throw in the towel, but while the response was willing... 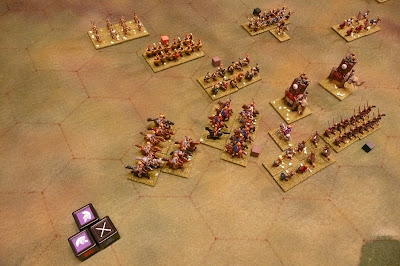 ...they were unable to get passed the elephants, who claimed the last banner in battle-back. 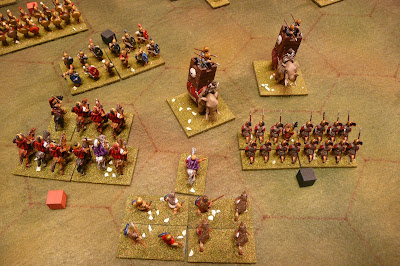 The final scenes of slaughter have, in the interests of decency, been kept from sight, but a last view of the battlefield before the curtain falls shows us that all the action took place on the Roman left - their right did not even move! 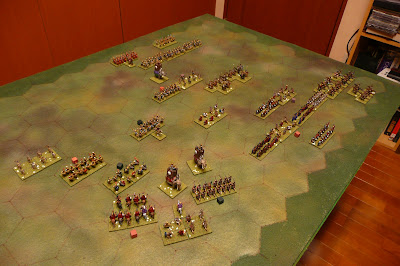 It was an entertaining game, but Commands & Colors is not at its best solo.  As a battle of wits between well-matched players it is excellent, but I'm afraid to say that the 'pseudo-historical narrative' pales in comparison to that generated by a solo game of Lost Battles.
Posted by Prufrock at 2:29 AM