A short holiday, in which Philippi was sneakily re-fought twice, but without any pictures to show for it.

I've just got back from a two-night getaway with the family.  We headed down south to take the kids to the zoo-cum-theme park there,show them a few dancing dolphins, let them take a few mildly-daunting rides and generally have a good family outing.

Needless to say, dad needed something to do once the kids were in bed, and as the in-laws were staying with us it was thought that the Lost Battles board game might do the trick...

One of the good things about having the board game version is that it allows me to re-fight battles that I don't have figures for (or that I rather sadly do have figures for, but have not yet painted...).  Therefore I decided to give First Philippi a go as I've been reading Appian at nights (my life is a real humdinger at the moment, can't you tell?) .

As Philippi is a relic from the original Strategos rules, the scenario is not included in the Lost Battles set.  It can, however, be found in the files section of the Lost Battles yahoo group.

The Triumvirs, led by Antony, have a fighting value of 82.  They have 15 average legionary units, an average light infantry, an average heavy cavalry, a levy heavy cavalry and a levy light cavalry unit.  Antony is classed as an inspired commander.

The Republicans, with good old Cassius and Brutus leading from the front, have a fighting value of 74.  They have twelve average legionary units, two units of average light infantry, three of levy heavy cavalry and one of levy light cavalry.  Both Brutus and Cassius are rated average.

The terrain favours Antony, for the Republicans have a hill in their right rear zone and a large patch of marshy river in three of the left flank zones.  This makes it tricky for them to make good use of their superiority in cavalry (it's tough to move cavalry in poor terrain).

In the first battle there was a stand-off on Antony's left as neither cavalry force wished to give the other a first-strike advantage.  On the Republican side Cassius directed one unit of heavy cavalry and some light infantry to wade through the marshes on the left and outflank the enemy that way.

The infantry combat was protracted, with both sides having periods of ascendancy.  Antony was the first to shatter a unit, but Brutus replied in kind and, thus encouraged, the cavalry of the right launched into the fray, only to be promptly beaten.  The infantry combat continued on, with the Republicans beginning to get the better of it.  By the end of the seventh turn, all of Antony's legionaries were spent, and his fourth unit was shattered.  The resulting morale penalty (-1 to morale for every four friendly units shattered) caused his cavalry to run, and then it was tit-for-tat.  Fortune played a merry game with both sides (Brutus rallied one unit and then fell by the sword), but eventually the Triumvirs were defeated.

The final tally was 123 to 76 in favour of the Republicans, which was a whopping victory.  Antony lost 10 average legionary units shattered and would have died himself if I had read the correct table following a failed a rally attempt.  As it was he survived by the grace of the gods and escaped the field with his last few loyal legions.

The second game (on the second night, oddly enough!) started out similarly, except that Antony decided to beef up his right to prevent another pesky encircling move.  Brutus closed with his cavalry early, scoring an impressive three hits on the first charge and shattering a levy unit immediately.  Antony had kept three legionary units in reserve this battle though, and he was able to shore up his left in response to this eventuality.  The infantry lines again slugged it out, and although it was close Antony got the better of it this time in two out of the three central zones.

When the shatters started coming Brutus fell (again), and this in conjunction with the -1 for four units shattered meant that the cavalry and light infantry did not hang around for too much longer.  The infantry fight was grim, and both sides struggled for command points, but in the end it was Antony who prevailed, with a tight 103-84 victory.

Philippi is an excellent scenario - both sides have a good chance of winning a battlefield victory and the nature of the terrain means that choosing how to employ the cavalry and light infantry resources is a puzzle within a puzzle.  Although I played it solo there was real drama to it, and carting the box up and down flights of stairs was well worth it in the end.

It was also a fine accompaniment to late night gins-and-tonic (ah, that's the life!).

Finally, I said in the title that there weren't any photos, but I'm afraid that I was not being entirely truthful - there is one of an interested onlooker... 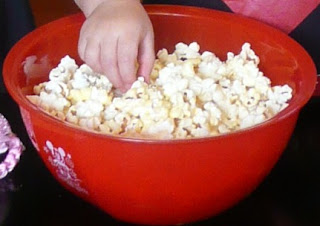