After a long while without a proper game I decided it was time to get the miniatures out tonight.  I had a hankering for something a bit different, so I looked through the old scenarios from Strategos (the precursor to Lost Battles) and settled on Chaeronea (86BC), in which Sulla took on Archelaus and the pride of Pontus.

The Pontics had a fighting value of 50, made up of the following units:

Sulla and his merry men meanwhile had a fighting value of 77, comprised thusly:

Here are a couple of pictures of the refight. 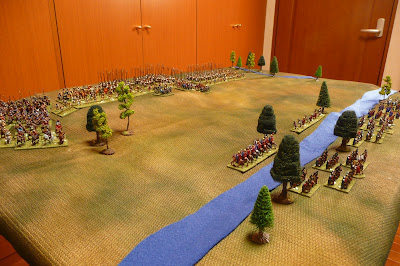 Gosh, that's a lot of pike, and is that cavalry I see to the left of us?  I wonder what old Marius would make of all this... 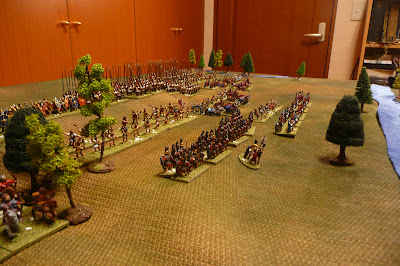 A report will follow as time permits.
Posted by Prufrock at 1:27 AM