I went through a quick solo refight of Cannae using Lost Battles last night as I hadn't played a game for a while and felt that one was due.  Here are a few shots taken from during the game... 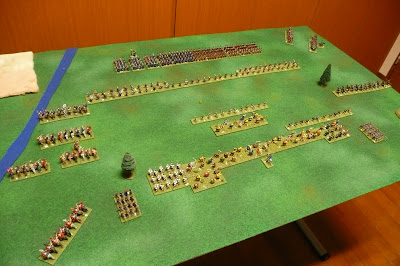 From the Carthaginian side, showing the Libyan veterans in their famous columns with the Gauls and Spanish out front to bait the trap and the cavalry to complete the encirclement. 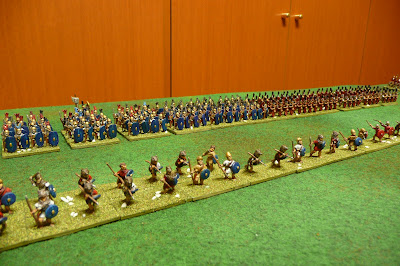 The main Roman line, formed up in great depth, hopes to break clean through the Carthaginian centre. 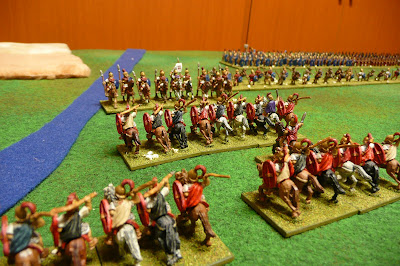 Hasdrubal and his crack cavalry units approach the Roman right. 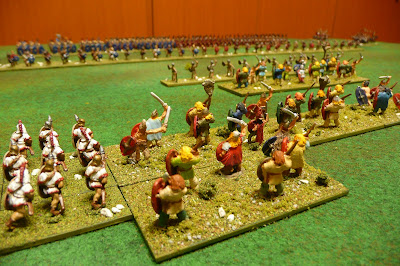 The Gauls shout and expose themselves, as was their wont...
The early going. 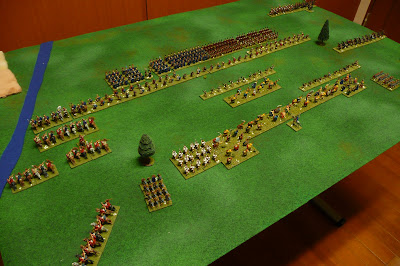 The Romans advance to contact, with the cavalry of the right scoring a double hit and putting Hasdrubal's men on their guard. 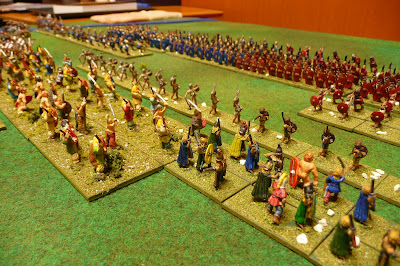 The centre, where both sides are hesitant in their initial attacks. 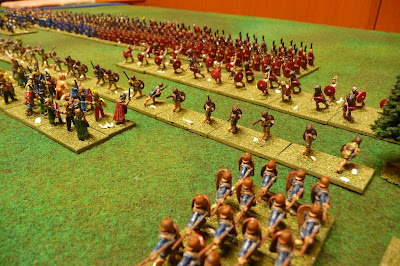 The Libyans on the Carthaginian right wait for their moment. 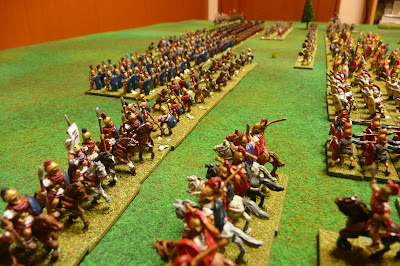 Battle is joined all along the line.
Mid battle. 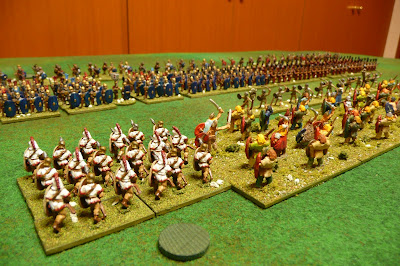 Both sides score hits in the infantry struggle with no clear advantage to either army. 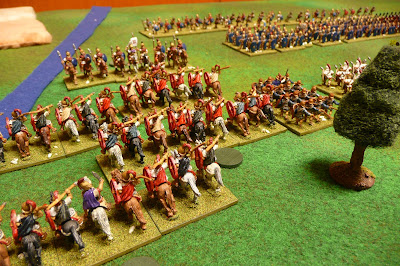 Hasdrubal's cavalry fail to make any headway against the single unit of equites opposing them. 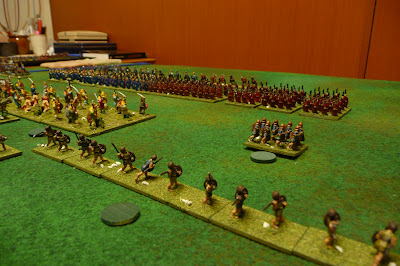 The Roman left centre inflicts a flurry of hits on the Carthaginian right centre, forcing it to contemplate a withdrawal or face a possible collapse. 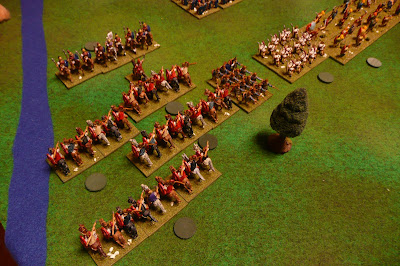 Hasdrubal is still waiting for his breakthrough, and now all of his cavalry command is spent.  It is a brave effort by the determined Roman horse!
End game. 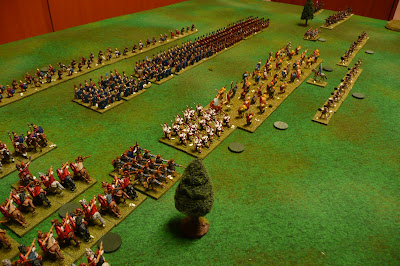 The Romans are having the better of it in the infantry battle, and their cavalry have held on both the left and the right.  Varro successfully rallies his troop on the left, but in trying to do so again is struck down and killed, taking a unit of heavy cavalry with him.  The advantage on that flank is now transferred to the Numidian lights.  Foolish Varro! 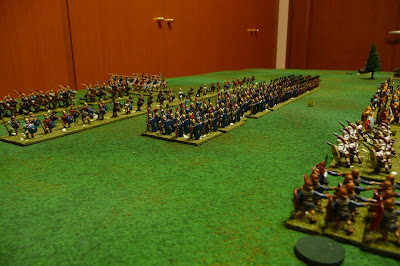 The Carthaginian right centre is about to crack, but in the nick of time Hasdrubal breaks through on the left.  Hannibal now takes his flip-flop move which reverses the turn order and gives the Carthaginians a second turn in a row.  He uses it to envelop the Roman centre and to withdraw his own under-pressure right centre. 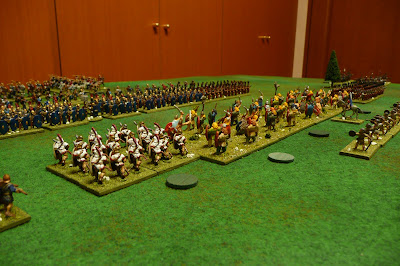 With the encirclement complete and shatters beginning to mount, Paulus also falls in a rally attempt.  The legions take some Gauls and a unit of African veterans with them, but with both consuls dead and the army surrounded their spirit finally gives out.


With the Romans routing from the field the battle went to Carthage.  Despite the seeming inevitability of that result, it was very close, and for this the Romans can thank the heroics of the cavalry of the right whose resolute defense was only exceeded by their brilliant attack.  If Varro had not allowed himself to get killed in a vanity rally attempt on the other flank Rome may in fact have won the field.
As it turned out, once the VPs were tallied up the Romans did win on points under the handicap system by virtue of having inflicted so much damage upon Hannibal's host.  The Carthaginians scored 92 VPs, but the Romans beat them by 8.  This was no doubt a great consolation to the mothers, wives and children of those who lost their lives in the subsequent slaughter!﻿

Again, another engaging game of Lost Battles.  It rarely disappoints.
Posted by Prufrock at 9:52 PM