The third and final phase of my Basic Impetus project is now complete - the Carthaginians are here!

Again, these were put together out of spare figures from earlier purchases and ebay wins, with the elephant being a notable exception: it was made from a resin elephant calf picked up years ago at the 100 yen shop.

The Gauls are from Irregular, the Spanish and Numidans from Minifigs, the Italian spearman (which are enormous!) could also be Minifigs, but I'm really not too sure.  The Carthaginian citizen infantry is a mix of Corvus Belli and Chariot, while the citizen cavalry is Chariot with an Old Glory chap for the commander.  The caetrati are also old  Glory, but I don't know what the slingers are.  They're a pretty rough and ready lot, but perhaps one should expect nothing less from the perfidious Carthaginians.

Anyway, to the pictures. 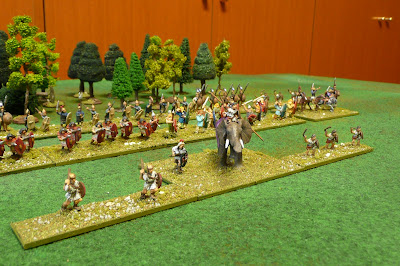 The first line, made up of skirmishers and the jumbo. 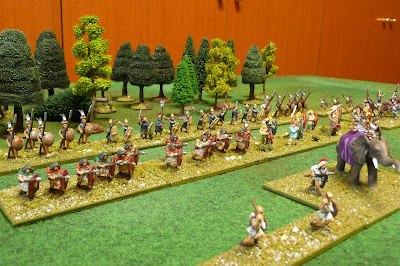 The second line - Spanish and Gauls. 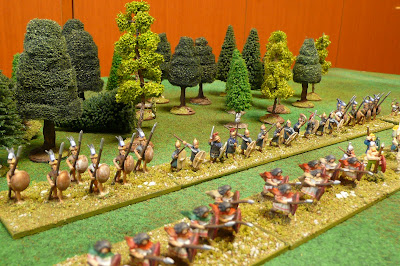 The third line - Carthaginian citizens and some rather beefy Italians who appear to be carrying sharpened telephone poles... 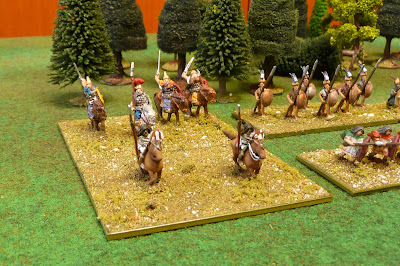 The cavalry of the right - Numidians and Gauls. 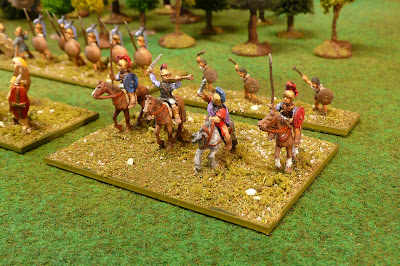 The Cavalry of the left - citizens with general. 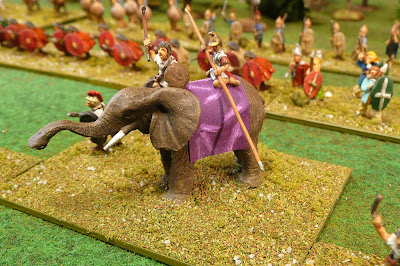 Jumbo again, with tusks like toothpicks and a suspiciously Hellenistic rider atop him... 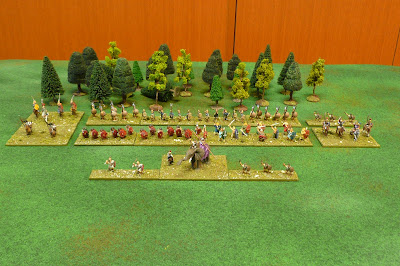 The lot of 'em.  They are so fearsome that even the trees prefer to get out of the way...
Of course, these fellows mix and match a bit - the Numidians, Spanish and Balearics will serve with the Romans occasionally, and the Gauls may revert to their old allegiances on occasion - but the total force comes to ten cavalry, eight light infantry, twenty-four tribal types, twenty-four close-order spearmen and the jumbo.  May they perform well!
Posted by Prufrock at 11:16 AM