This is the second Basic Impetus army that I've been putting together.  These are based around a core of hastati and principes from Lancashire Games supplemented by trairii from Museum Miniatures,  cavalry from (I think) Minifigs and velites from Chariot and Strategia e Tattica.  As for the slingers, I don't know which make they are.

All of these figures barring the velites were in ebay lots that I've purchased at various times, so they had already been painted.  I replaced a few broken weapons, touched up a few figures, added highlights and generally tidied them up before basing them.

Again, I was able to keep to my stated aim of making these armies from miniatures I already had about the place and which I didn't need or didn't use.  So, here are the shots. 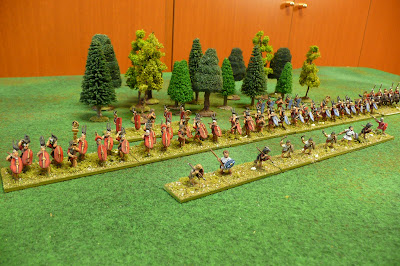 The infantry. The hastati and principes are mixed in together on the bases.  Velites and Balearic slingers are in the foreground; triarii are to the rear. 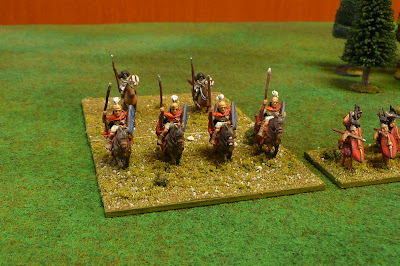 Cavalry of the right.  I think these fellows are Minifigs, and same for the Numidians behind them. 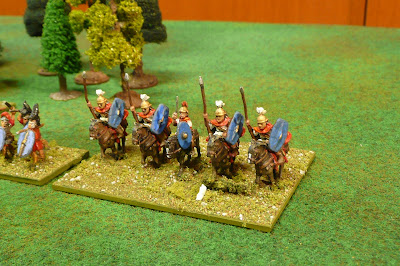 The cavalry of the left. 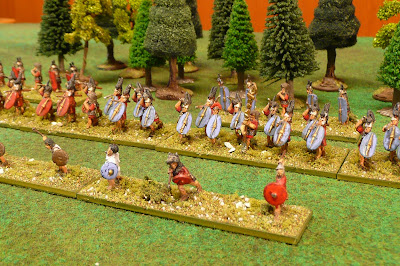 A closer look at the velites. 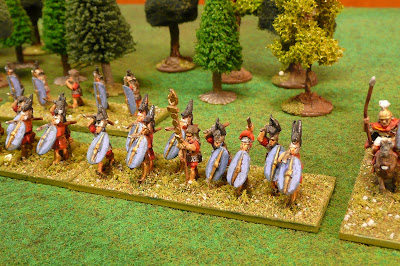 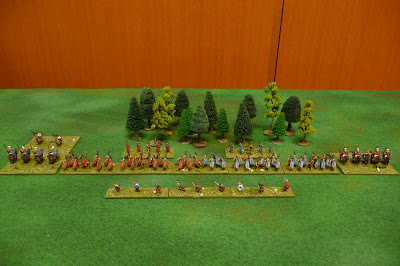 The lot of them.
There are nine heavy cavalry, two light cavalry, nine light infantry and fifty-five heavy infantry in this lot.  This should give a few decent options for games using Basic Impetus.  They could even be used as Caesarians with a few additions here and there...
(Many thanks to Andy McMaster and "Swampster" from TMP in helping me identify some of these figures, and to "Iosart" and "Tarantella" - also from TMP - for kindly providing suggestions on how to base these fellows )
Posted by Prufrock at 1:34 PM