My boardgame buddy Pat and I had been planning to get together for a game day for some time, and we decided that we would go ahead with the event today despite the horrific earthquakes, tsunamis and threatened nuclear meltdowns up north.  It turned out that it was a good way to take our minds off the horror, and I certainly feel a lot better after a chance to chew the fat and let off a bit of steam.

I'd had a few ideas for games, but with the disruption of the past week we ended up settling on the tried and true - Magnesia with Lost Battles - and the simple and classic - the Quatre Bras scenario from SPI's 1976 quadrigame 'Napoleon's Last Battles'.

We got through two games of Magnesia, with Pat cleaning up both times as the Romans on the back of aggressive cavalry attacks on Eumenes' flank and canny use of all-out attacks in the centres.

The first game ended early with Antiochus' death in a rally attempt leading to a general rout.  The second game was much closer, with the Seleucid line being rolled up from its left while the phalanx tried desperately to break the legions opposite them.  In neither game did I manage to shatter a Roman unit, which shows how well Pat managed his forces.  It was good to see the Romans perform well, as the last time I played the scenario some ridiculous dice saw Scipio and friends utterly routed ( go here to see a report of that battle).

The Quatre Bras game was a light way to fill in the last hour of the visit, and some good dice results saw the the French beaten off.

Here are some photos of the Lost Battles action.  As always, click on the images to see larger shots. 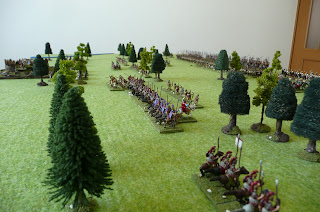 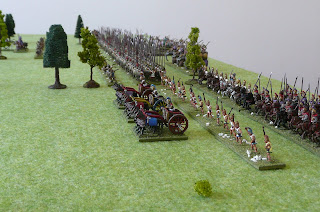 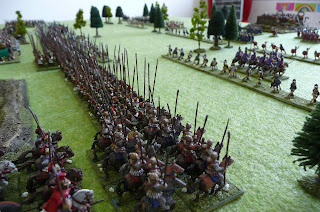 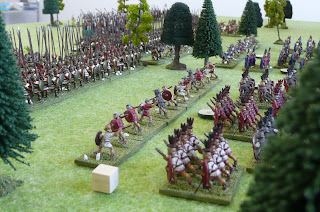 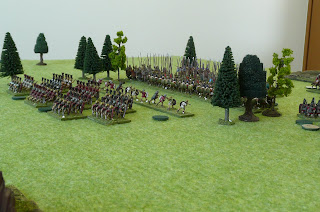 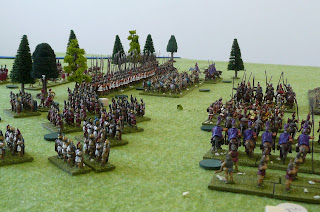 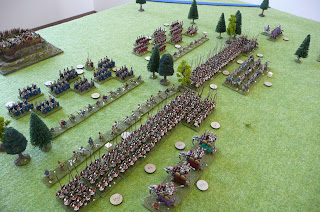 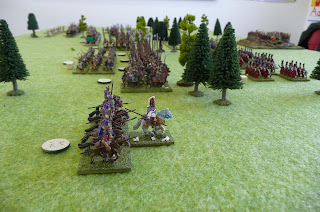