On Tuesday of last week a powerful earthquake struck the city of Christchurch, New Zealand.  It has been a period of sadness and increasing horror as the extent of the loss of life and damage to property and landscape has been revealed.  Although I'm not now as close to the city as I once was, the seven years I spent there attending university were happy and fulfilling ones, and this event has brought home how much a part of my life the city has been, and how important some of the people who live there are to me.

At this distance there is not a lot of practical good that I can do. I have spent a lot of time reading online newspapers, trawling facebook and other places for news of friends and relatives and feeling an odd sense of guilt that I was not there. The immediacy of it all has been crystalised by the photography of a friend who works in the central city. As an engineer, Geof has seen a lot of the evidence of the disaster at close hand, and has been putting up photographs of the damage visited upon the city this last week.

I'd been at a loss regarding what to put on this blog following the quake. At a time like this it seems even more frivolous than usual to think or write about games, painting, new rules, books and figures. When a wife is waiting for a husband who will not return and parents are mourning the child taken by the fall of a television set, there is no pleasure to be had in toy soldiers. In hearing and seeing the stories - of the sister and brother buried hand in hand who were dug out by a frantic stranger, one alive and one dead; of the fellow who hitchhiked 500 kilometres to hand out soup to the hungry; of the Australian search and rescue team that arrived to a standing ovation; of a Japanese cameraman, addressing a church congregation in Lyttelton, trying hopelessly to find words that might express his sympathy - it's pretty obvious again that, no matter how seriously people may take this hobby at times, it is indeed 'no great matter.'

I spoke to Geof yesterday, and he has kindly given me permission to post here some of his photographs of the city and what it has gone through this past week.  These photographs speak for themselves, and I will not risk spoiling the starkness of the imagery by attempting any commentary. 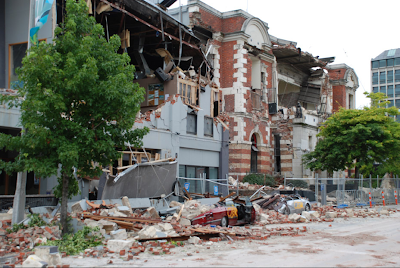 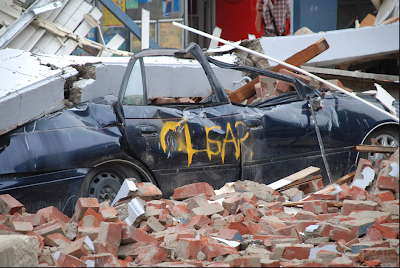 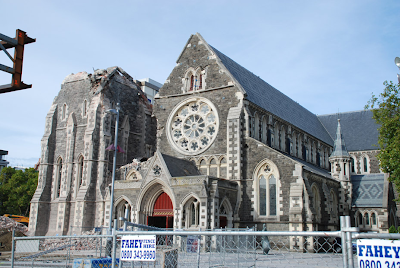 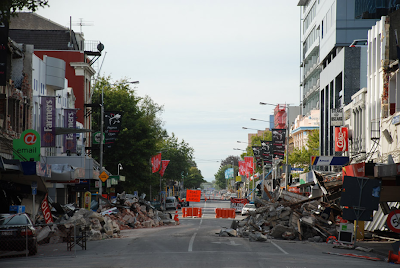 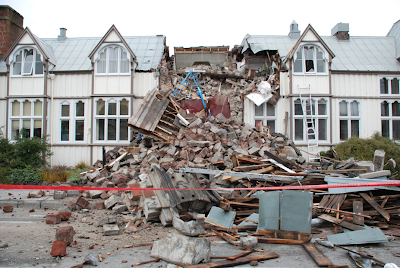 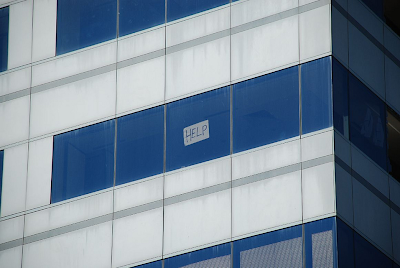 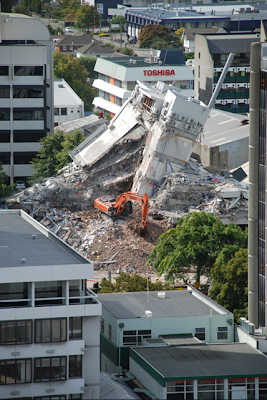 More of Geof's photographs can be found at his Flickr site, here.
Posted by Prufrock at 3:23 PM