Just to recap from where we left off in part 1, Caesar had begun with a hiss and a roar, sweeping away the Pompeian horse. His lieutenants in the centre and Antony on the left had also done a fair amount of damage. All that stood between Caesar and the rear of Pompey's army was a unit of light infantry.


Caesar orders the right to attack the light infantry in front of them, but the enemy fight an effective delaying action and hold off the rampaging horse. Elsewhere Caesar's men can make no headway against the staunch Pompeians (see screenshot below). 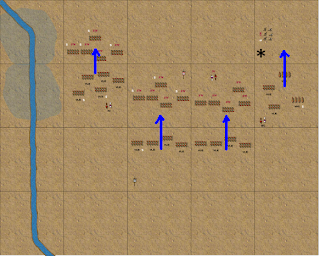 In reply, Pompey orders an attack from his own zone which results in a hit. Like the Caesarians, Pompey's men also struggle to make much of an impact elsewhere, with the notable exception of the brave light infantry, who cause a hit on Caesar's over-eager horse. 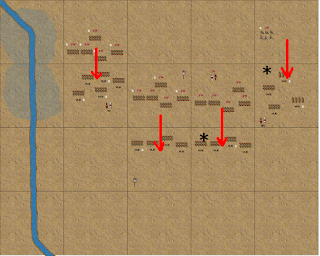 Caesar's men again struggle to do any damage. The horse manage to finally destroy the light infantry, and one hit is scored in the centre, but the men seem not to have their hearts in it. 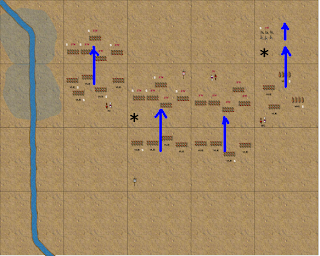 The Pompeians now start to make an impact, scoring three hits across the front at the cost of one against. Cunningly, Pompey blocks the advance of the Caesarian horse by detaching cohorts from the rear ranks, buying himself time. 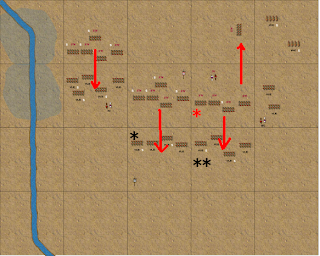 The odds still favour Caesar after his stellar opening turns, but too much longer without progress in the centre zones could see Pompey inflict battle-winning damage on the rapidly tiring veterans.
More to come...
Posted by Prufrock at 10:44 PM