Touch and go on the Ticinus

I'm currently putting together a research article (hopefully for Slingshot) and Lost Battles scenario for a not-so-well-covered battle from the 2nd Punic War and did a quick play test last night.

As it turned out, quick was the operative word!

This is a summary of the action.  Note that the text is positioned below the relevant photograph. 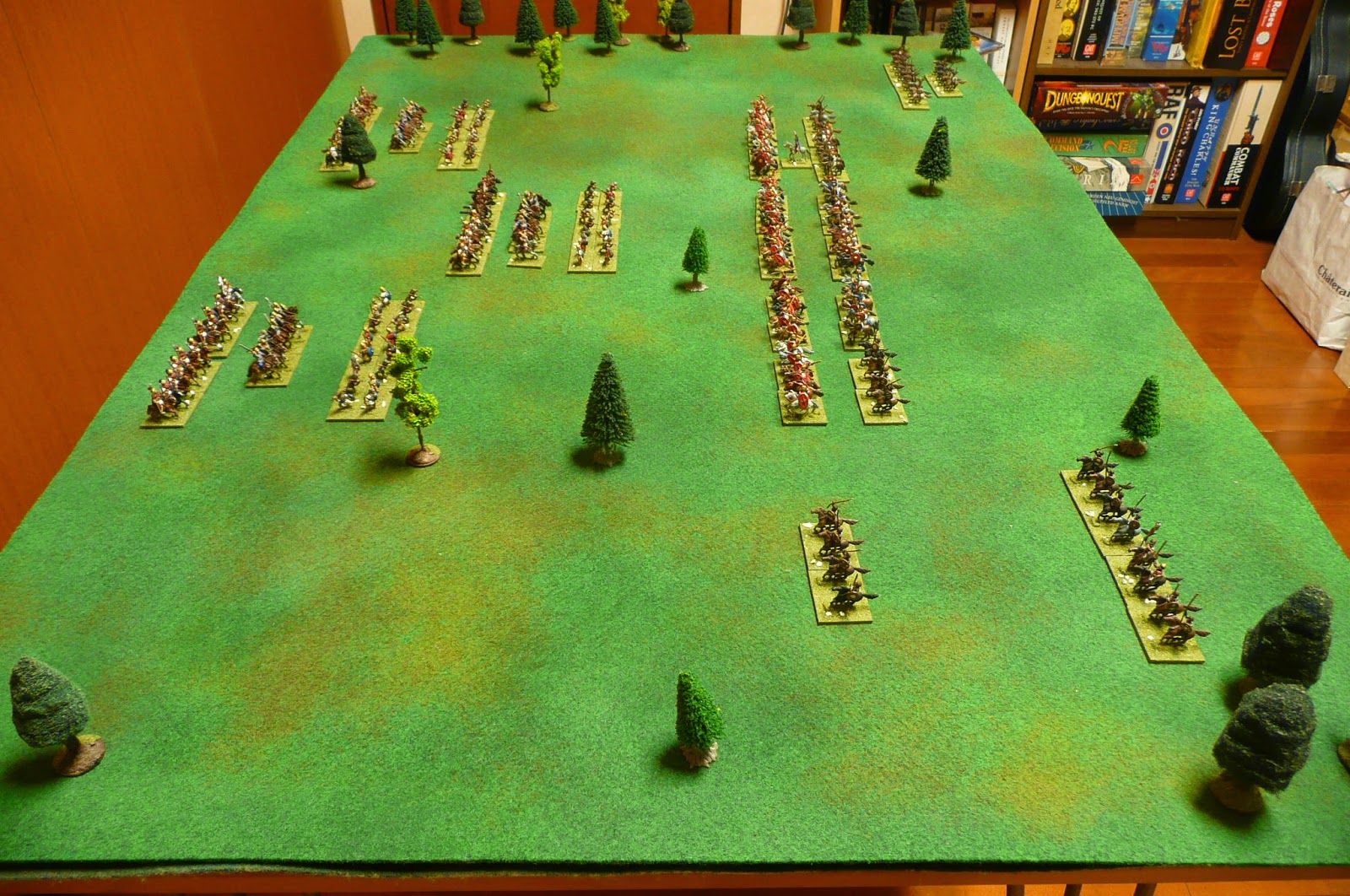 Rome (on the left hand side of the table) deploys first, utilising a light infantry screen with heavy cavalry in support.  Carthage responds by advancing its heavy cavalry in the centre and putting the Numidians on the flanks. 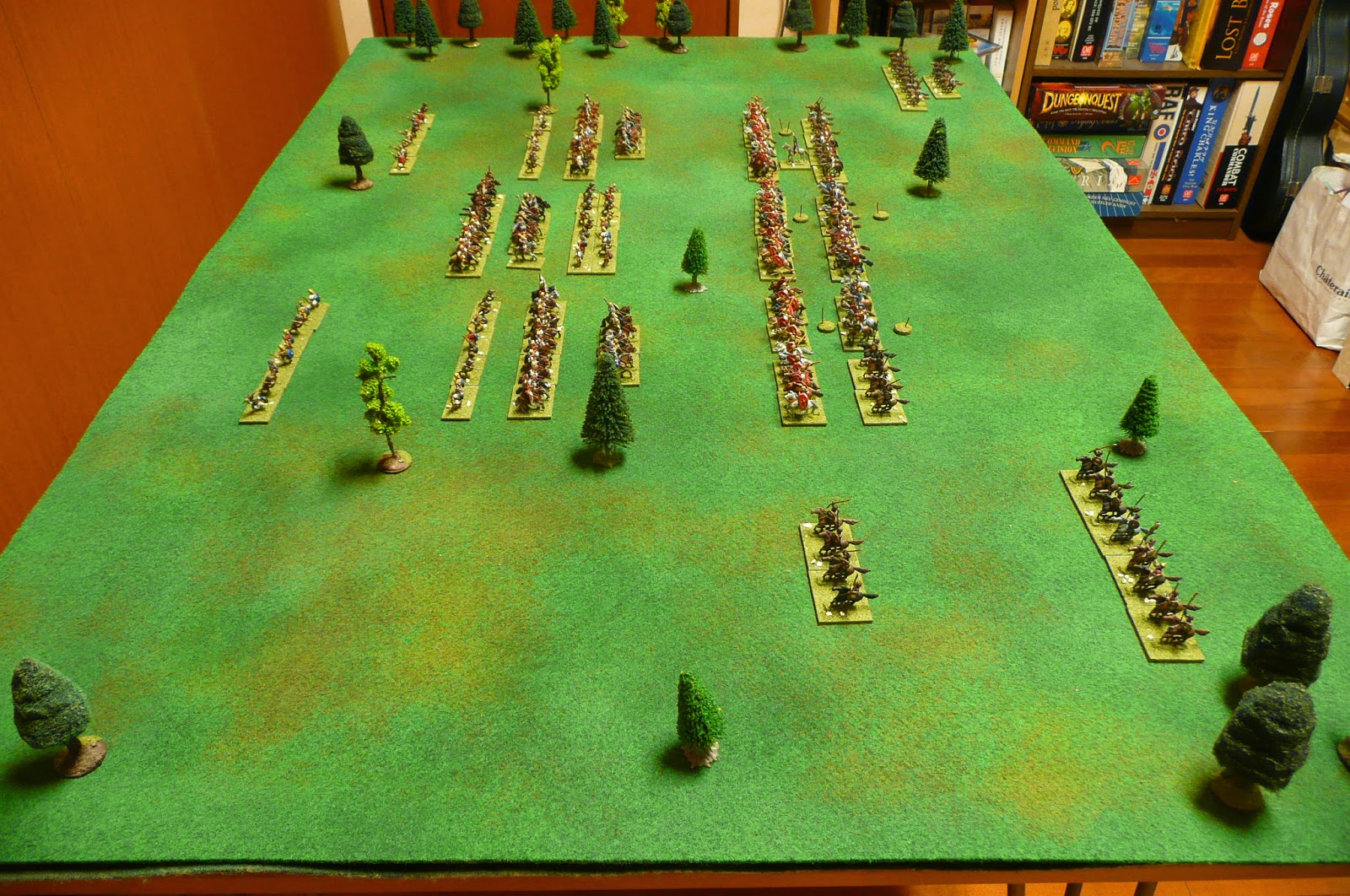 Rome gets first attack, and makes it count.  She scores five hits, curdling the cream of the enemy cavalry straight out of the pail (I know; sorry for inflicting that one on you...). 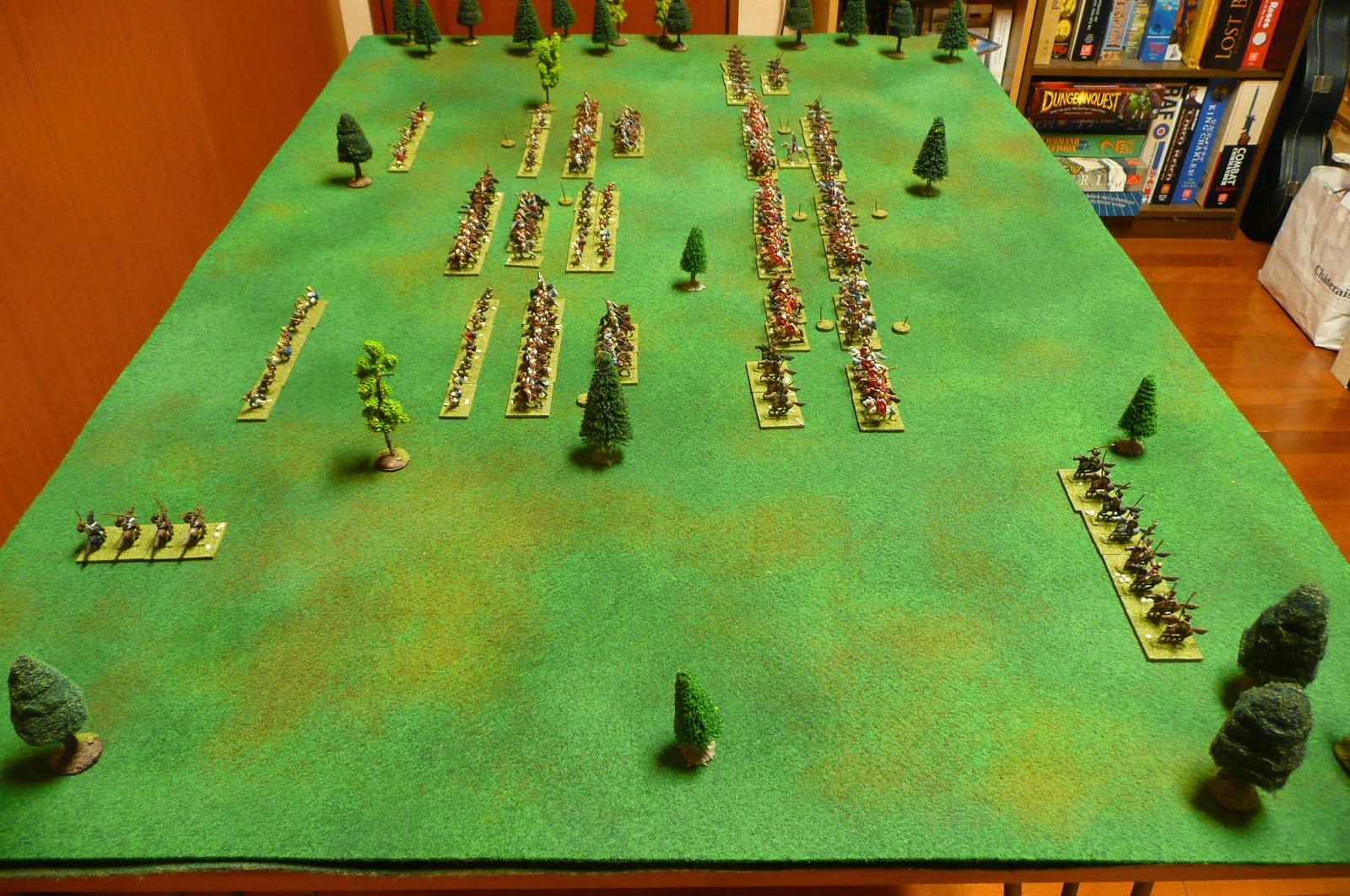 Carthage in return manages only two hits.  A low command roll prevents her from advancing the Numidian cavalry as speedily as would normally be desirable. 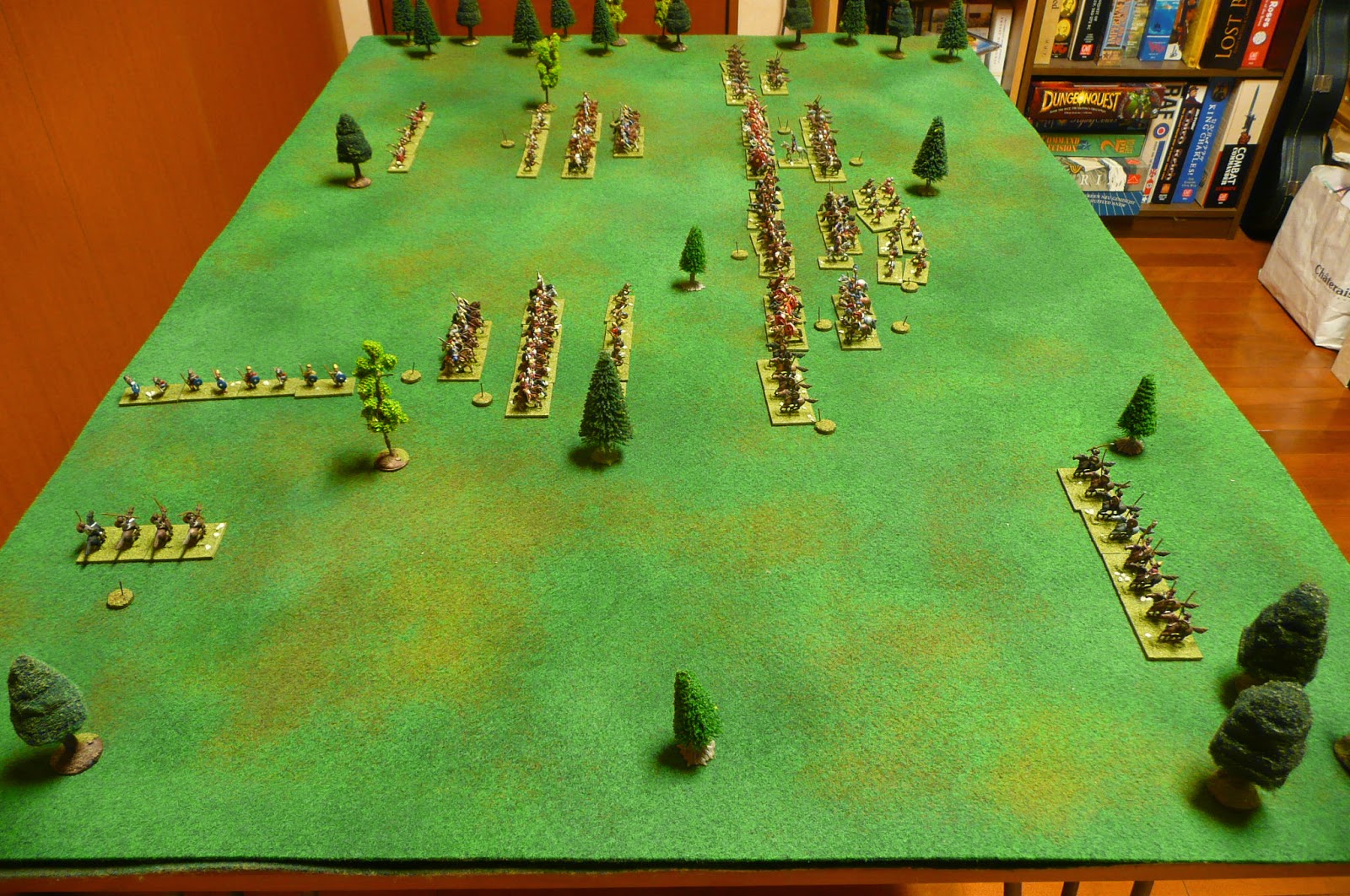 Rome continues to attack with devastating effect - one unit is shattered in the Carthaginian centre and those around it panic and flee.  Rome has a breakthrough almost immediately!  Elsewhere, the Carthaginians lose another unit on the left and the velites score a hit on the advancing light cavalry. 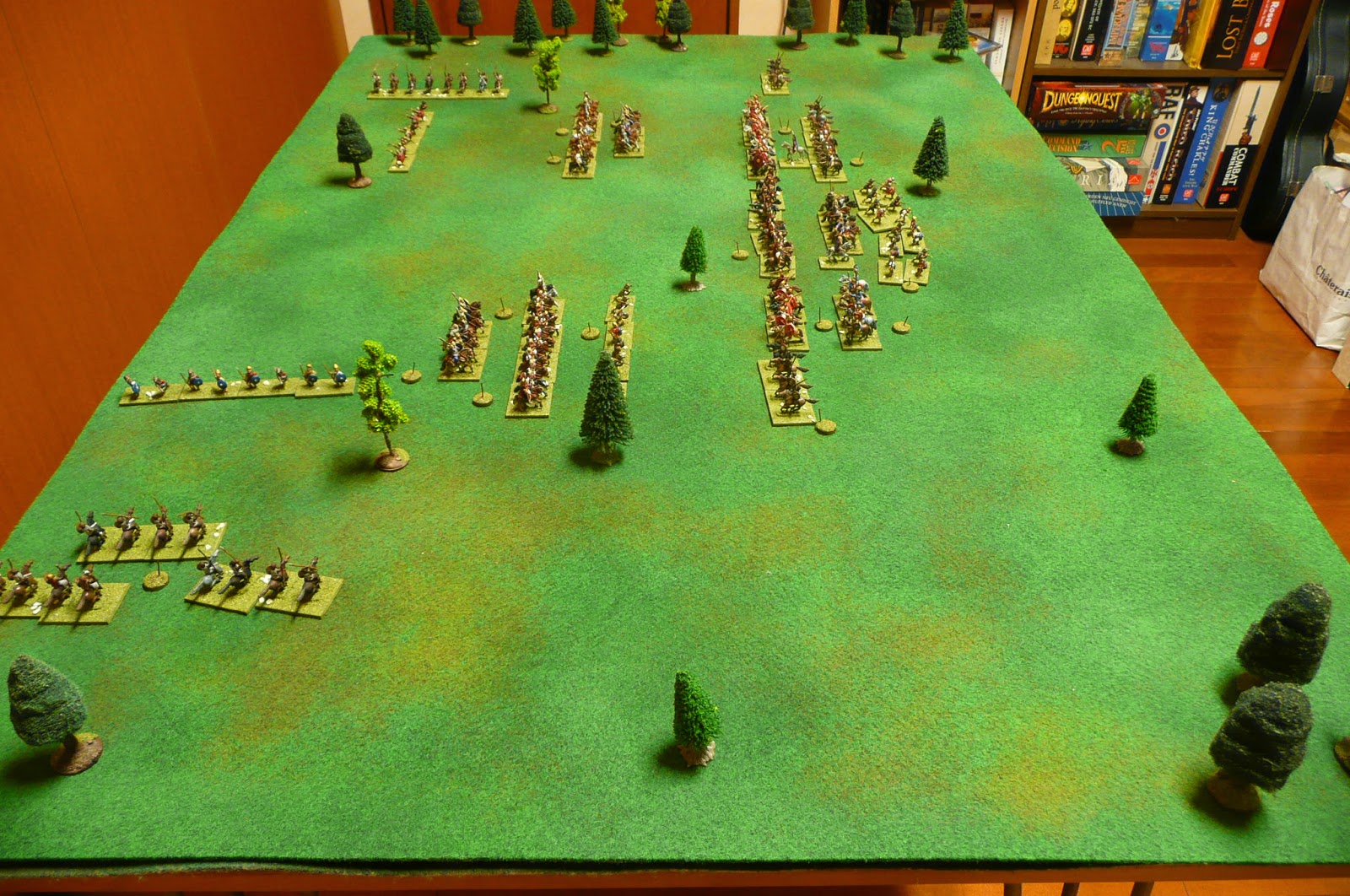 The Carthaginian cavalry begins to inflict some damage of its own, shattering a unit of velites on the Roman left and leaving most of the forward Roman units spent.  She also gets the Numidians in position to envelop the Roman line. 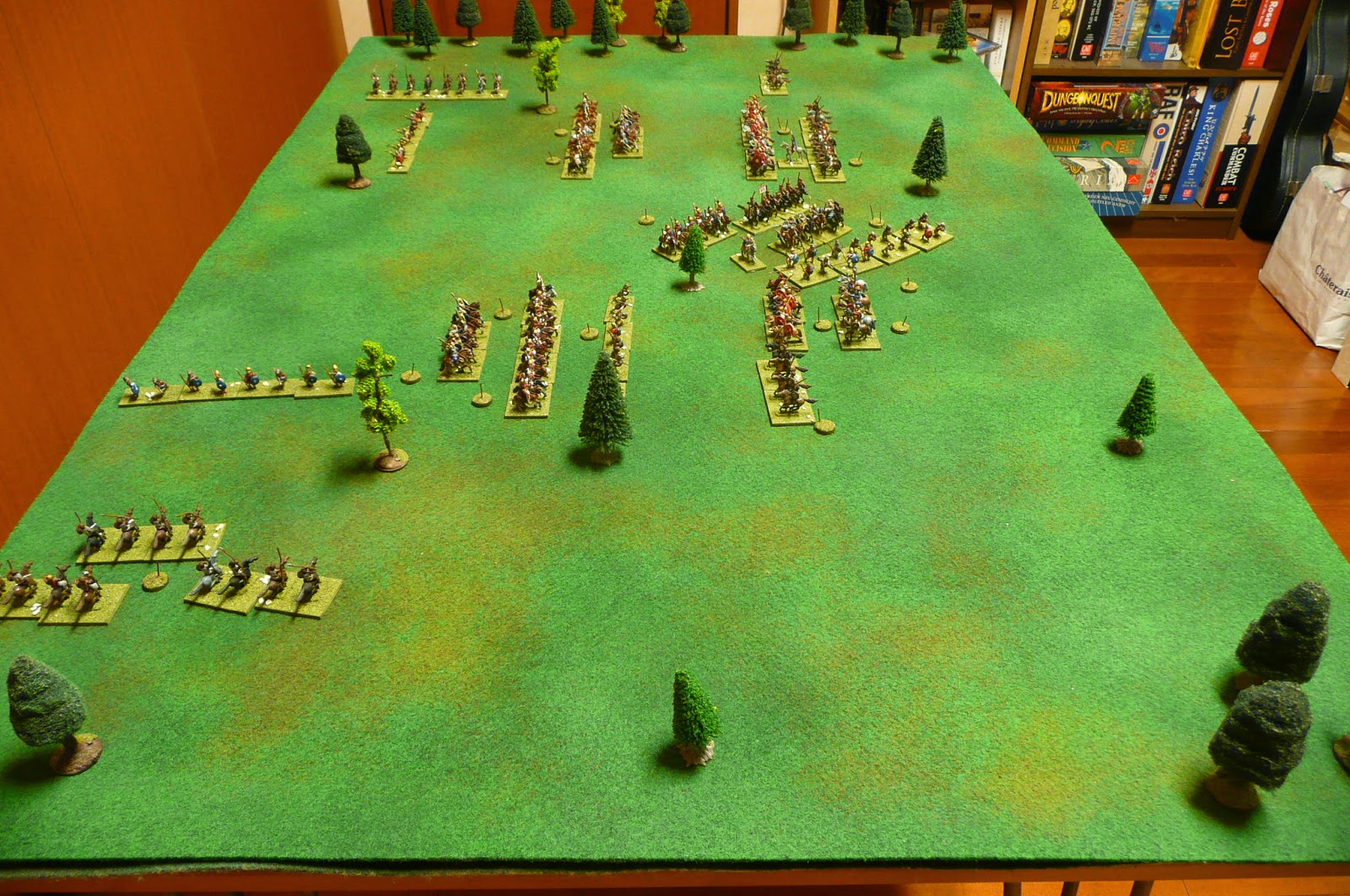 The Romans appear exhausted by their breakthrough: they are unable to press the attack with any success at all this turn.  The enemy commander manages to rally the only hit that is made and the Carthaginians can scarcely believe their good fortune.  Moloch will no doubt be expecting due reward! 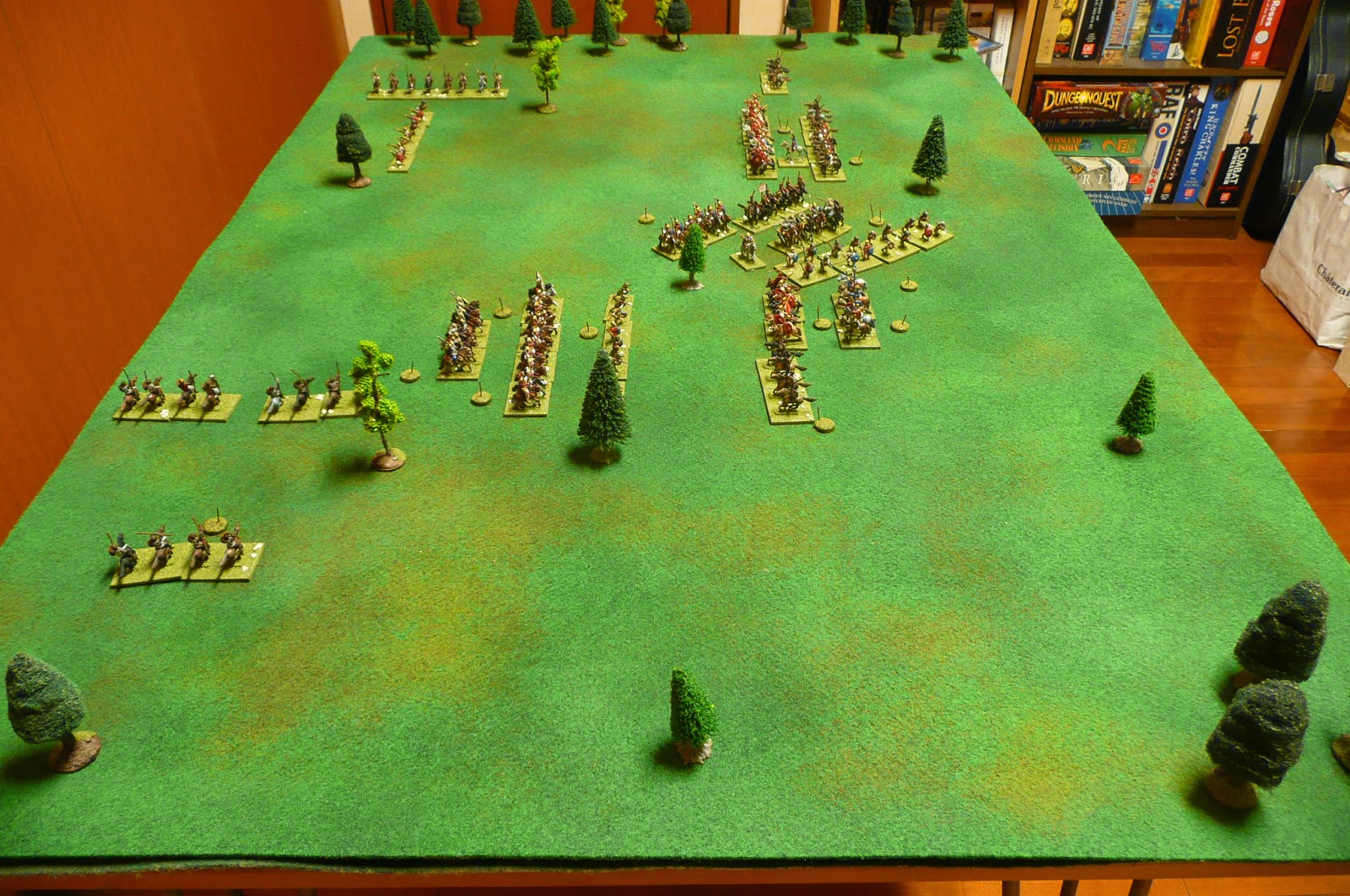 Carthage seizes the initiative and with it the advantage: her attack panics and scatters the Roman left just as the Numidians get in behind the Roman right. 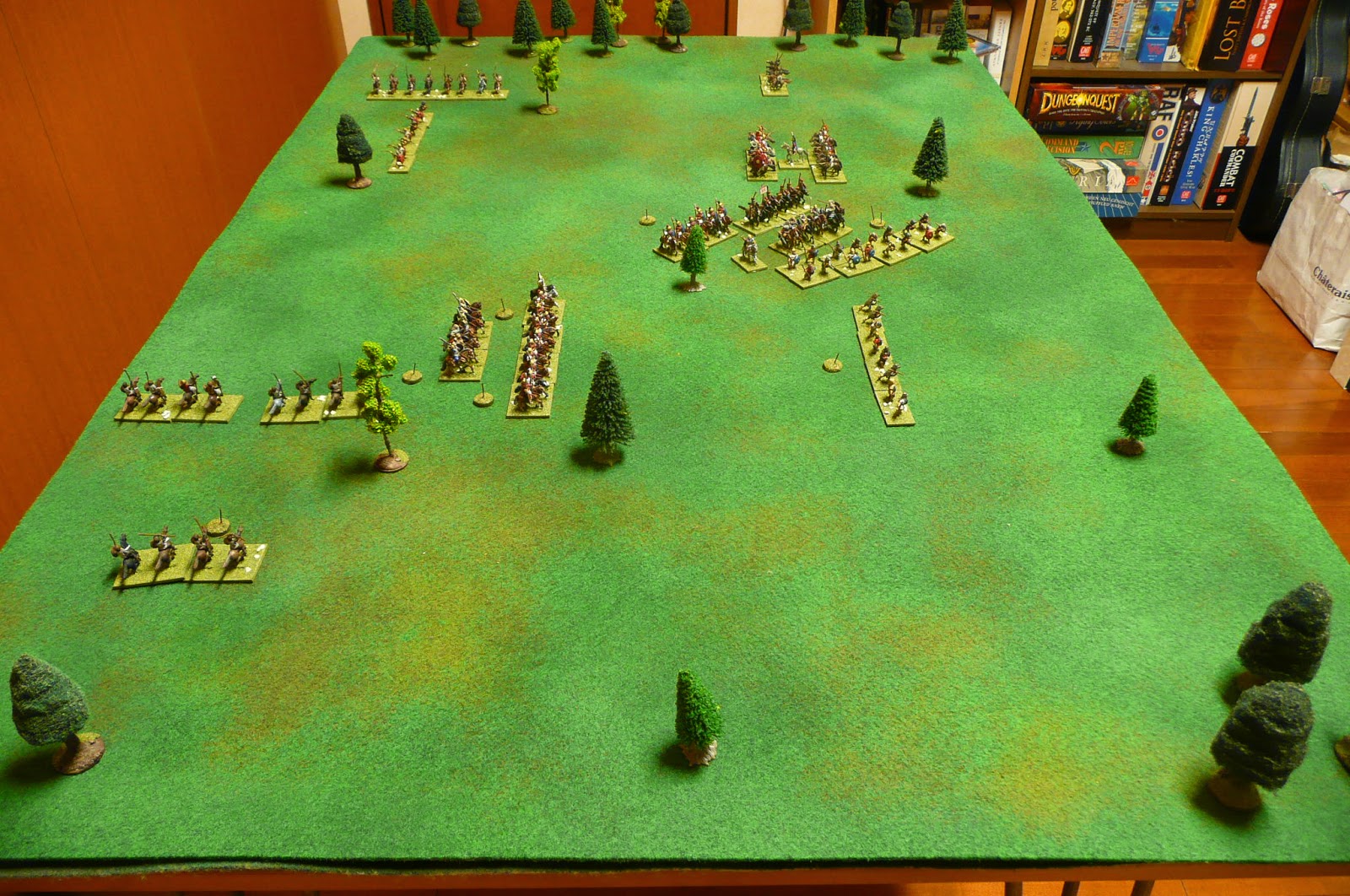 The enemy numbers are starting to tell but Rome is not quite done yet.  The cavalry of the right break through as well, driving off the Carthaginian left centre.  Rome now controls the middle of the field, but the enemy commander is still alive and the Numidians are marauding with intent... 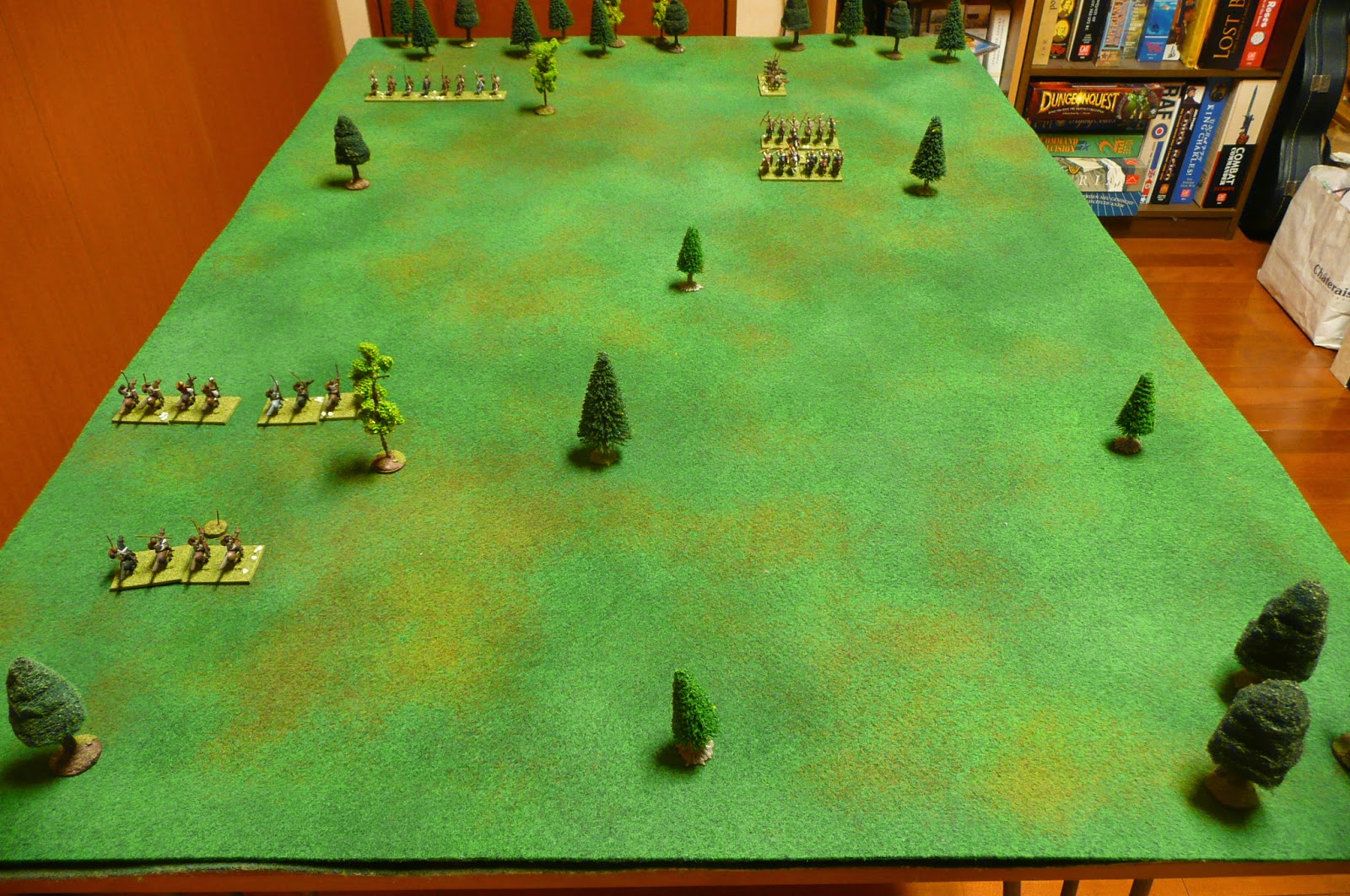 The Carthaginian commander now turns inwards to attack the Roman centre: he shatters a fourth Roman unit, and this, combined with a low morale roll, is enough to see the Roman survivors head for the safety of the camp while they still may.

Rome scored 51 points and gained another 30 on handicap. The total of 81 is enough to give her the game victory.