In the breaks in the cricket, Cannae continues from the earlier post...   Here Hasdrubal unleashes the Gallic cavalry who immediately score a double hit, destroying the equites opposing them and opening up the flank. 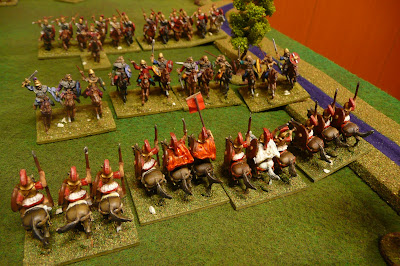 The infantry skirmish in the centre without doing any damage, but the rest of the Gauls advance into contact. 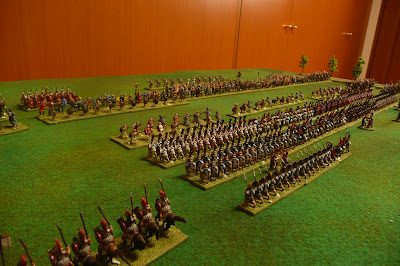 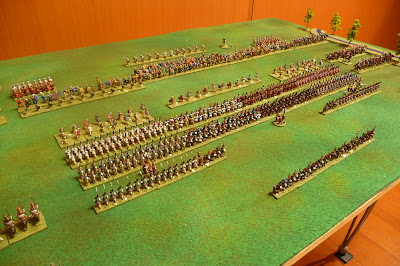 Hannibal now declares his flip flop* and moves again.  He can only mount attacks from the zones he didn't attack from in the previous turn, but these each score two hits on the ends of the Roman infantry line.  The heavy cavalry of Hasdrubal's wing continues its advance until halted by the triarii. 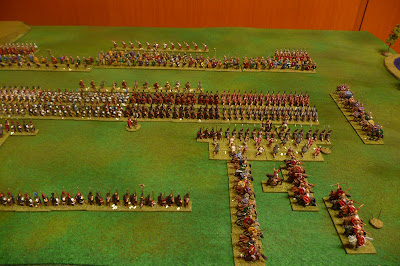 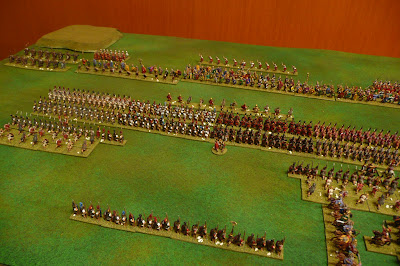 On the Carthaginian right the Numidian light cavalry holds back to avoid allowing the Roman infantry to extend the line. 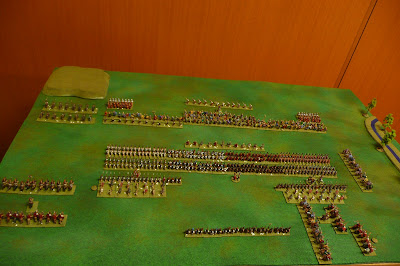 In their turn the Romans turn the triarii to meet the threat and these score a hit, knocking Hasdrubal's Gauls off their stride.  If they can hold for another turn they may be able to do some real damage to the Carthaginian cause. 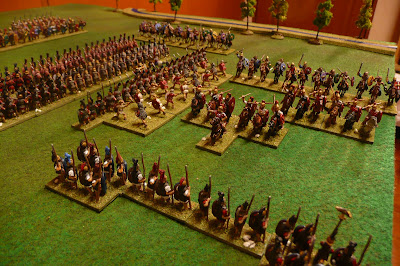 On the left Varro accepts the inevitable and charges the Numidians.  Despite the negative modifiers for charging at distance, a hit is scored. 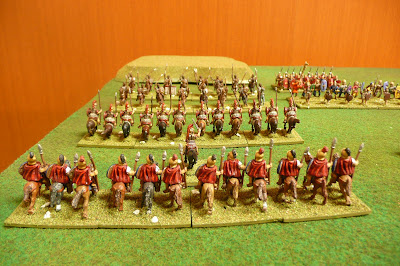 The infantry score another hit on the right... 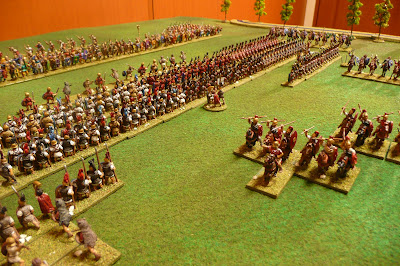 And one more on the left. 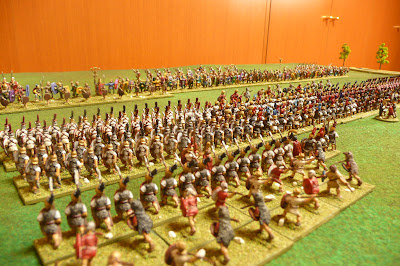 The Romans appear to have absorbed the worst of the flip-flop attacks and are hitting back well.

* For those unfamiliar with Lost Battles terminology, a flip-flop turn allows a 'brilliant' general to reverse the turn order, effectively allowing an exploitation turn.  Attacks cannot be made from the same zone in two successive turns, so flip flops are usually used to attack after moving into contact or after making a breakthrough.