With the cavalry and the first third of the infantry now done, it was clearly nearing time to get the Gauls to table.  One of the wargamery mid-term plans I have is to finish off an article and Lost Battles scenario I'm putting together for Slingshot, so I decided to give the nascent scenario a test run last night using a quarter-sized game board. 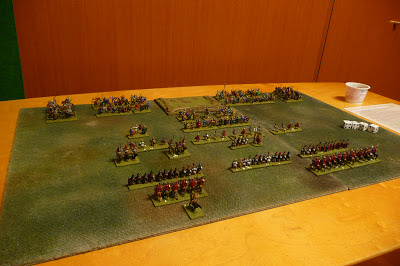 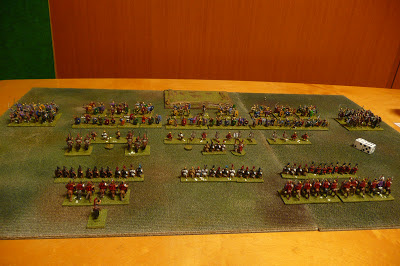 And wouldn't you know it, but the Gauls came out on top.  They didn't win the battle, but they won the game.

Not bad for their first attempt!

Of course, the second test went the way of the Romans, but that is only to be expected...