Here are some shots from the Pyrrhic campaign Luke and I played today.  The plan was to play Heraclea, dice for force changes based upon the battle, then play Asculum, dice again, and finish with Beneventum.

Reported here is Heraclea (280 BC), which sees four legions and allies under Laevinus challenge Pyrrhus and his men.

The Roman army, with a fighting value of 74, is comprised of:

Pyrrhus' army has an FV of 81, and is comprised of:

Both armies are surprised, meaning that they can only deploy four units per turn, and Rome moves first. 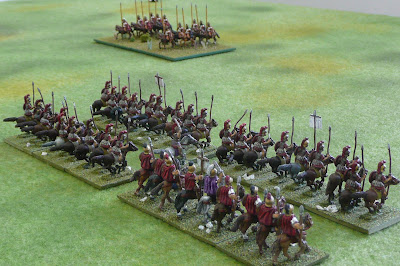 The Roman advance guard and their Greek counterparts in the middle distance. 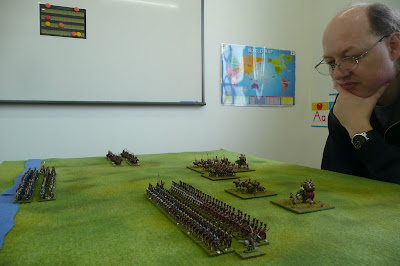 Elephants and cavalry find themselves facing legions.  Where's that phalanx! 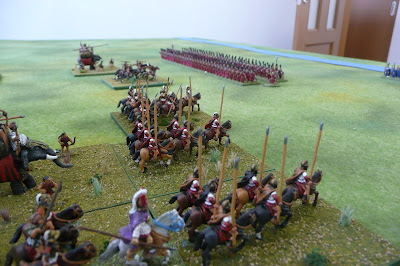 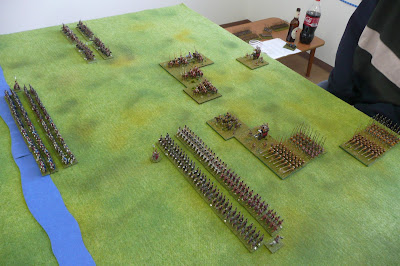 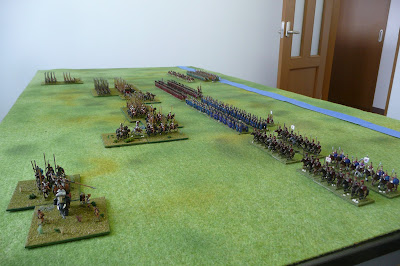 The legions advance in a solid mass. 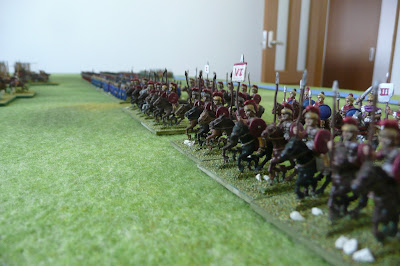 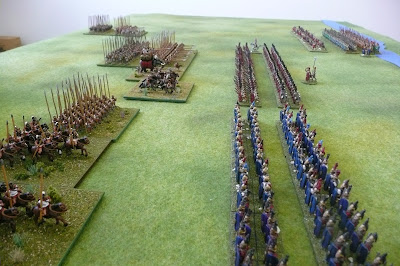 Engagement of the centres, but both wings are still out of contact. 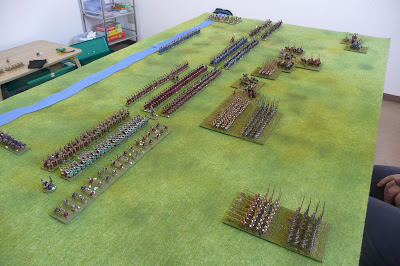 Pyrrhus' novel tactic of leading off with light cavalry in the centre pays dividends: they skirmish with irritating effectiveness! 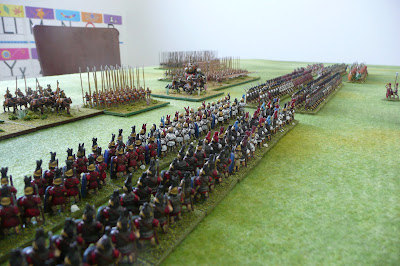 By turn 5 the Roman centre is entirely spent, with one unit shattered, as the light cavalry, elephants and phalanx combine to inflict hit after hit. 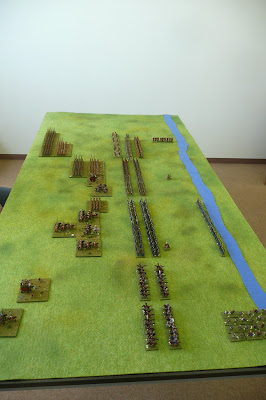 Despite the furious fight in the centre, elsewhere the engagement is still tentative. 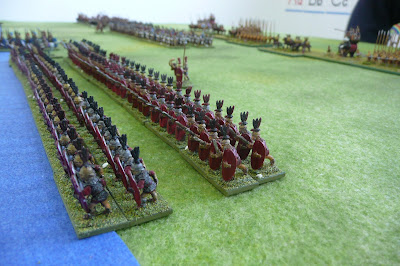 The Roman centre withdraws to buy time and get the trairii into the line. 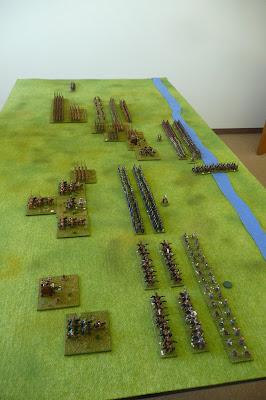 The Greeks advance in the centre and on the right. 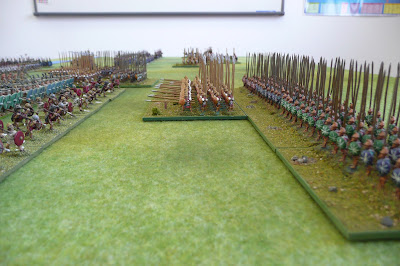 The Romans attack on the right, but the battle is Pyrrhus' to lose... 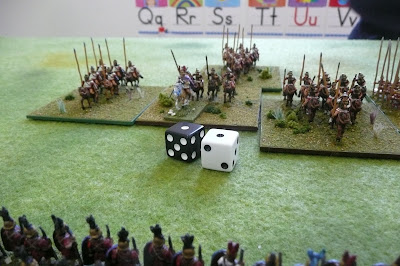 Oh oh - look out!  The Epirote adventurer dies in an ill-advised rally attempt (ill-advised only because it didn't succeed!) and then Luke rolls a 1 for morale, which sees most of his army flee the field, including the hitherto victorious centre.  Perhaps Pyrrhus should have exchanged cloaks with someone? 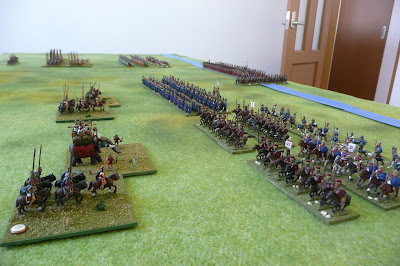 Fortuna takes a hand, and the Romans breathe again! 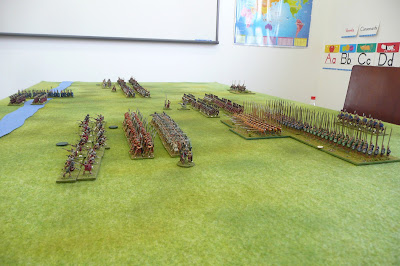 The Greek right escapes to fight another day, but the phalanx of the centre left is trapped, and butchery is about to begin. 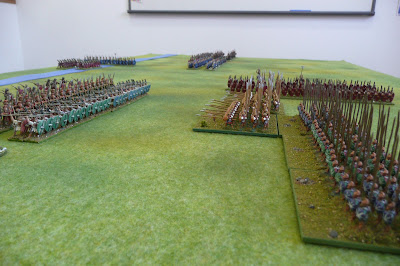 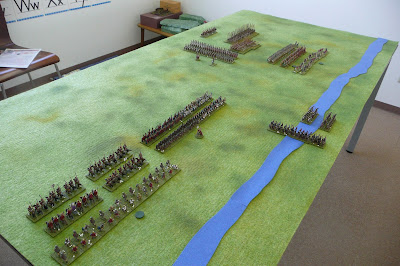 And from an almost certain defeat comes Roman victory, proving that the enemy scoring three ones in a row at the right time can rescue even the most dire of situations!
The end result was major victory to Rome, even though they only shattered one unit!  Pyrrhus' death undid a formidible position, and it was a very lucky break for me.
It was said that Pyrrhus did not defeat Rome, but that Pyrrhus defeated Pyrrhus...
As a result of this battle, the forces for Asculum were slightly changed - the Roman commander was promoted to average, and he was given an uninspired sidekick to lead the cavalry.   The Greeks lost Pyrrhus of course, had two of their Macedonians phalanx units replaced with levy Italians, lost an elephant unit, and had two units of veteran cavalry downgraded to average quality.
(Go here to see Asculum)
Posted by Prufrock at 12:09 AM