This is the second part of the Pyrrhic campaign that Luke and I fought out today.  Pyrrhus had died at Heraclea (see here  for the report), but we sailed blithely on, conveniently ignoring the fact that his army would've broken up and gone home...

Greeks, with a fighting value of 74:

Romans, with a fighting value of 80: 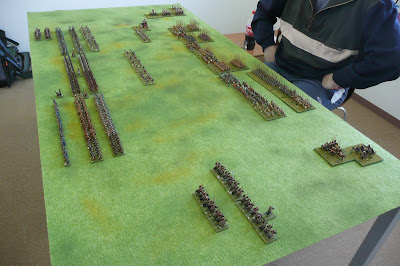 The Greeks deploy their main cavalry force on the right and have strong infantry centres.  Rome looks to win the cavalry fight on their own right and hold on the left.  The Romans err in not activating the cavalry of the left separately and securing their left wing. 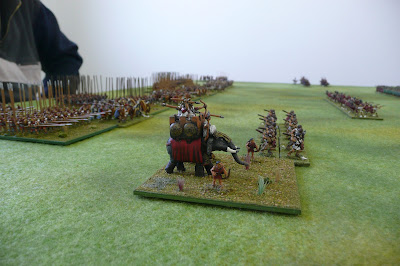 Elephants and light infantry in advance of the Greek centre left. 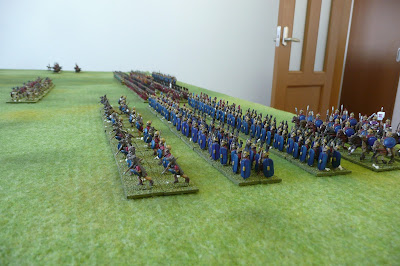 Equites deploy with the infantry of the left centre. 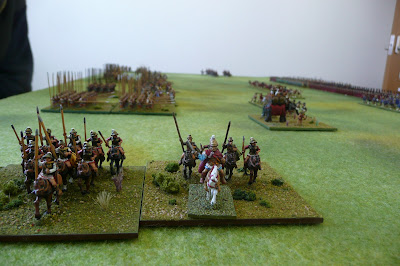 (Very!) Young Alexander of Epirus out for revenge. 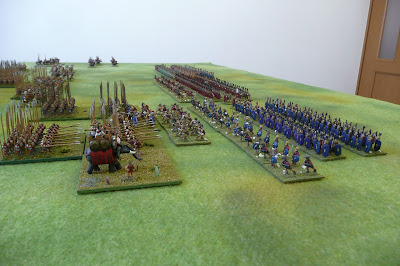 The lines engage.  The Roman left is weaker than the opponents they face, so a speedy win on their own right is required. 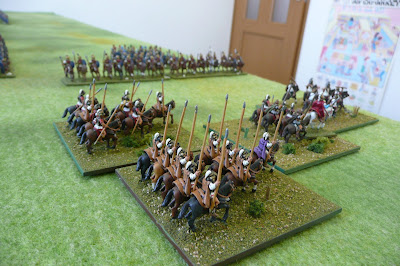 Alexander double moves his men forward to trap the equites behind the Roman infantry line and reduce their room to manoeuvre. 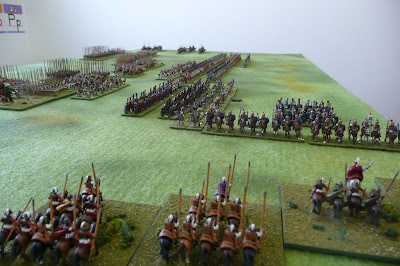 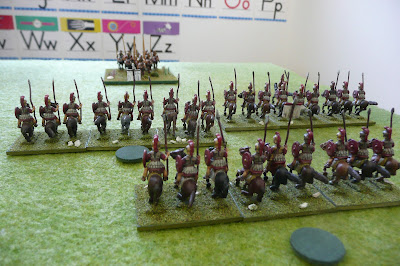 The Roman right shatters the enemy cavalry, but at a cost of some disorder to their own ranks. 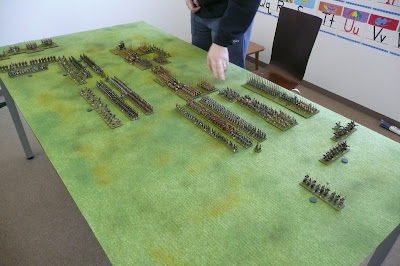 Both sides' lefts are beset by superior forces, but the Greek attacks have more sting. 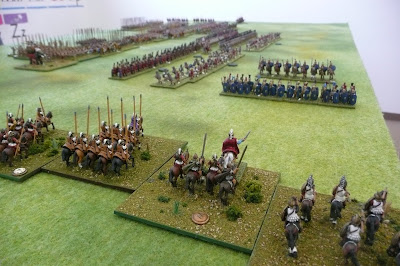 The legionaries begin to succumb to the spears of the enemy... 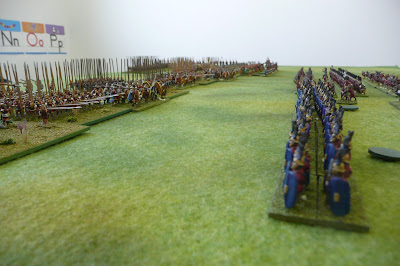 The last line on the left. 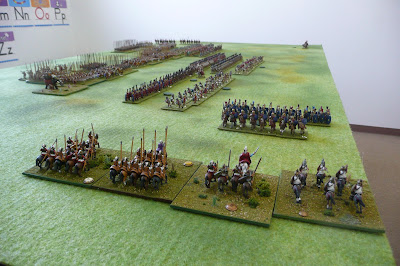 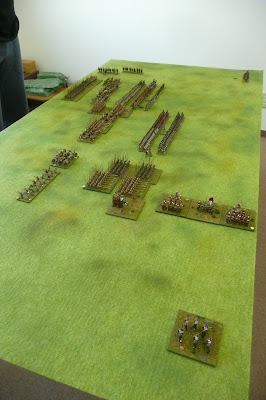 The Roman left breaks!  They rout, but the centre holds firm. 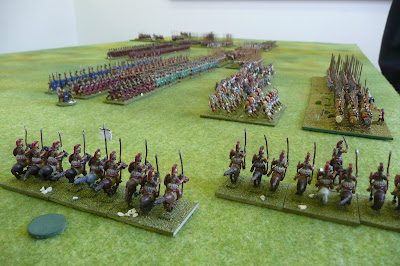 The Roman right tries to emulate that of the enemy, but without the same degree of success. 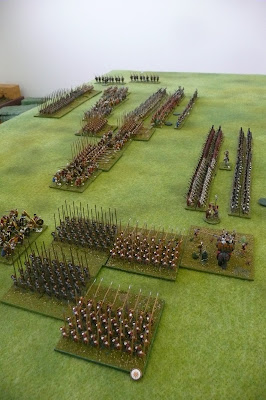 It's now the turn of Decius and the Roman centre to take the brunt of the Greek attack as the phalangites look to roll up the line. 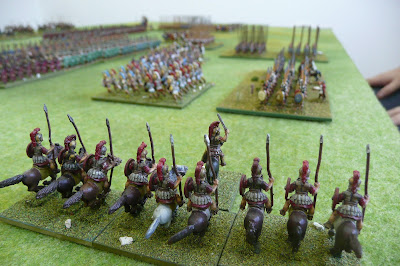 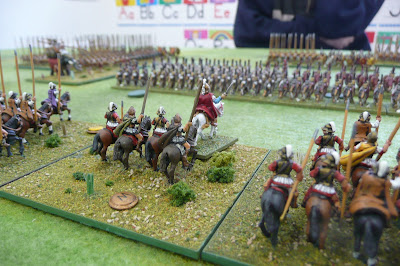 The Roman centre with enemies on three sides. 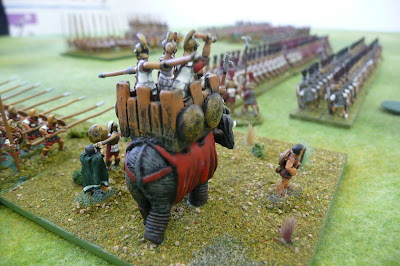 The elephants show no mercy. 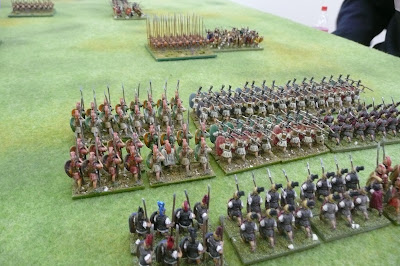 The Roman right turns its attention to the Greek centre in a classic 'revolving door' clash.  Both centres finally give way, but without the respective right flanks hold. 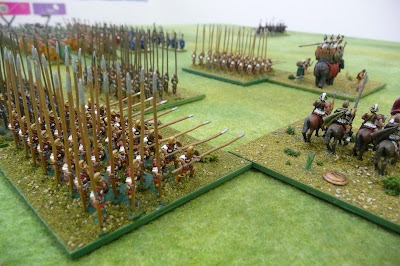 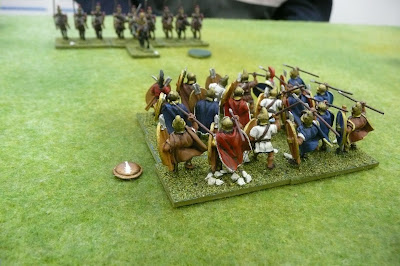 Sulpicius tries one last attack, but without success.   The remnants of both armies return to camp, having fought each other to a standstill.


Well, after ten turns of carnage both sides still had forces on the field, so a draw was declared.  The victory points told a different story however - a narrow victory to the Epirote prince, 102 to 90.  A fine battle, and a thoroughly deserved victory to Luke and his Greeks.  Sadly, due to my work commitments in the morning, we did not have enough time to fit in the third of our trinity, Beneventum.  We may save that for another time.

All in all, it was a fantastic day's gaming.  Lots of laughs and plenty of moments of high tension as fortunes ebbed and flowed.  Many thanks to Luke for making the trip down, and will look forward to doing it again as soon as possible.
Posted by Prufrock at 1:04 AM