This is a series of screenshots taken from a game of Phil Sabin's Lost Battles. While Lost Battles is usually played with figures, there are two platforms over which the game can be played electronically. One of these platforms is Cyberboard and the other is VASSAL. Usually used for boardgames, these act as a kind of virtual board, showing the map and pieces and providing dice and cards when needed as well. Cyberboard is designed for play by email games (PBEM for short), while VASSAL can handle both PBEM and live play. I have used Cyberboard, but am more comfortable with VASSAL. The VASSAL module for Lost Battles was put together by John Acar, who has done a great job. The report that follows was from a game with John himself, using his module. The battle is Asculum, from 279BC, which pitted Pyrrhus' Epirotes and allies against the Roman republic. John took the role of Pyrrhus (top), while I played the Roman commanders Decius and Sulpicius (bottom).

We used the historical deployments, which can be seen in the first screenshot. 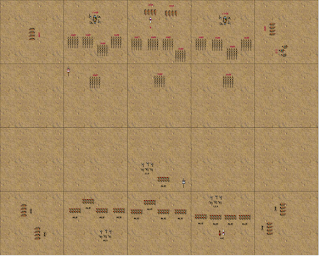 In turn two the Epirotes advance into the central zones, bringing up the cavalry on both flanks. The Romans draw first blood, with the light infantry scoring a hit on one of the phalanx units (spent units are denoted by having a white S placed next to them). The Romans also advance in the centre, but hold back the cavalry. 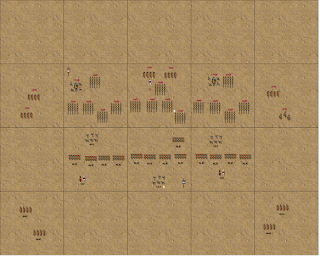 Turn three sees battle joined. Pyrrhus advances the cavalry on his right, scoring hits on both Roman opponents at a cost of one to himself. The infantry fight sees the Romans having the worst of it, but it is early days yet. 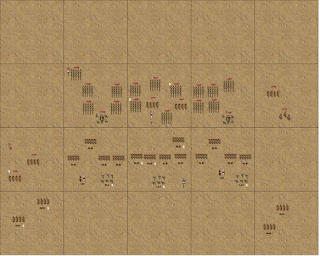 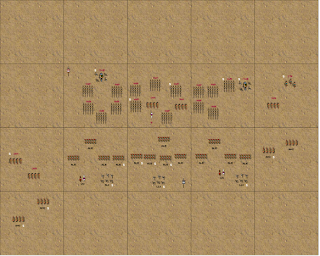 Pyrrhus' fifth turn sees some decisive action. The cavalry is victorious on both flanks, and the units in the Roman central zones are now almost all spent. Pyrrhus has overseen some hard fighting, and has done it well! 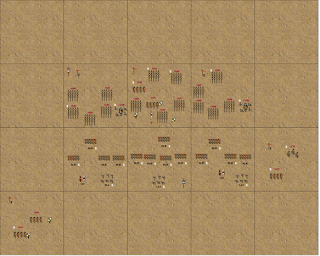 The Roman infantry reply by inflicting some damage of their own, scoring hits in all the opposing enemy zones. The Greeks still have some fresh units to put to the fore, but another turn like that will cause nervousness in the ranks. 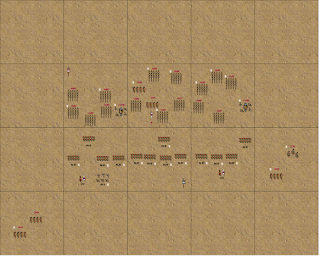 Turn six sees Pyrrhus' cavalry begin to envelop the Roman lines. This reduces Roman morale and makes it more difficult for them to hit the enemy. The Roman infantry escape very lightly this turn - the Greeks do not score any hits! 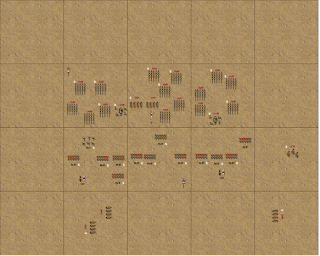 The Romans, with a courage born of desperation, hit and shatter an elephant unit, but are unable to inflict enough damage to worry the Greeks. They move a light infantry unit into the left flank zone in an attempt to get around behind the phalangites. 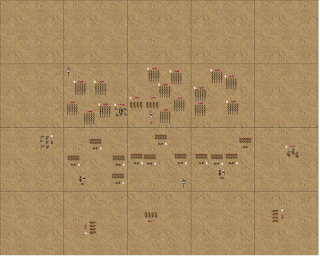 The cavalry now completes the envelopment. The infantry push forward led by Pyrrhus and his guard cavalry, who are committed at the critical moment and at the critical point. Pyrrhus and the other men in his vicinity cut a swathe through the Roman centre, shattering three units. The Roman morale gives way. Small pockets of men hold out for a little longer; others flee immediately. 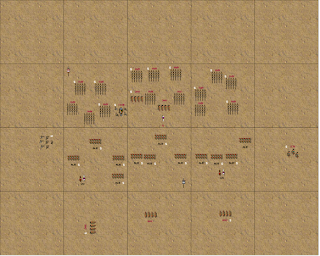 It is a great victory for Pyrrhus, and a fine game played by John!

VASSAL is an excellent way to play Lost Battles. If you are at all interested, you can find this module on the Lost Battles yahoo group and more information about VASSAL itself at the official site: http://vassalengine.org/community/index.php