I was quite keen to get some of my newer troops onto the table and browsing through the Lost Battles back catalogue I came across a scenario for Ipsus, and thought it might be fun to give it a go.

Lysimachus and Seleucus have a fair whack of elephants. 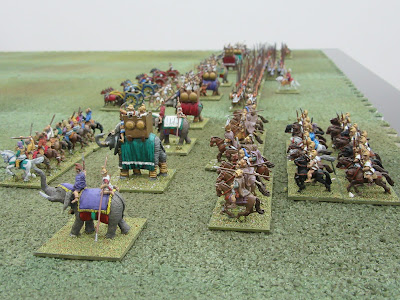 And even some scythed chariots. 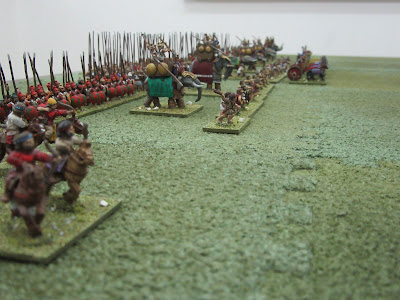 Their centre and right centre, made up of phalangites, heavy infantry, and of course elephants, is strong. 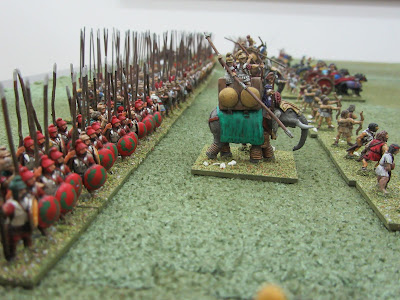 Antigonus Monopthalmus and his son Demetrius Poliorcetes have far fewer jumbos, but do have excellent cavalry 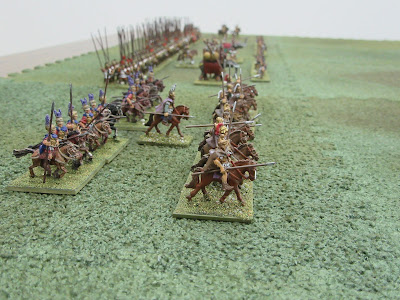 Their centre is also a mix of phalangites and heavy infantry. 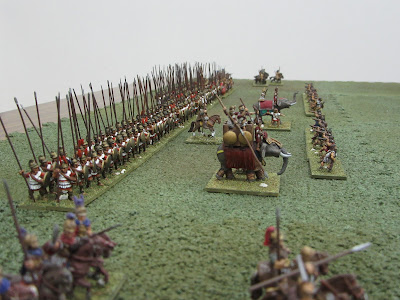 Battle commences with a charge by the scythed chariots. They are taken out by the light infantry and do no serious damage. 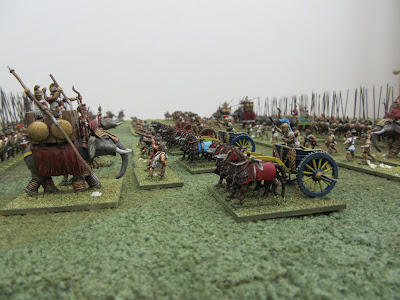 What does do damage is the eastern coalition's light cavalry making short work of Antigonus' left flank. They rout the cavalry there and prepare to get in behind the lines. 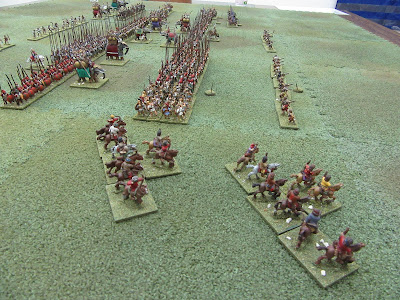 The elephants and light infantry skirmish while the heavy infantry lines draw closer. 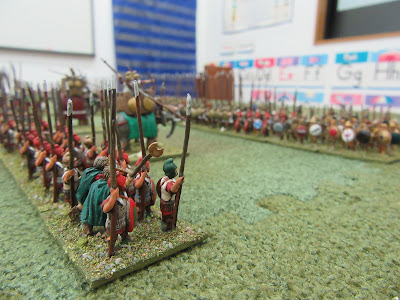 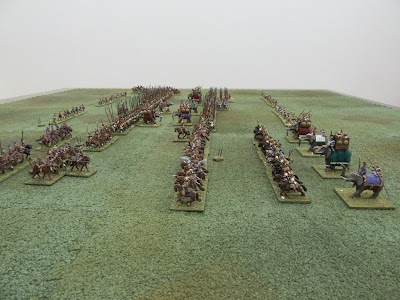 The elephants face off in the centre. 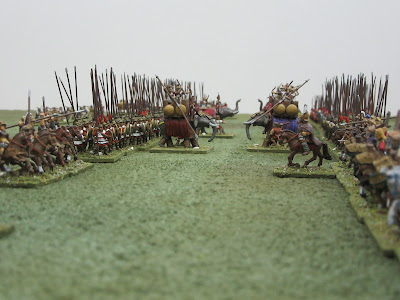 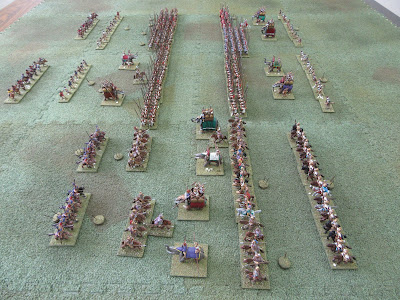 With the light cavalry now threatening the rear of the Antigonid infantry, it appears only a matter of time before Seleucus and Lysimachus win. 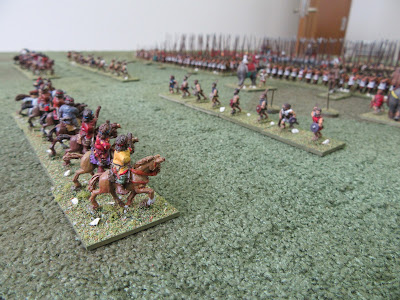 It happens even more quickly than expected. Demetrius falls, and the whole army either routs of surrenders. 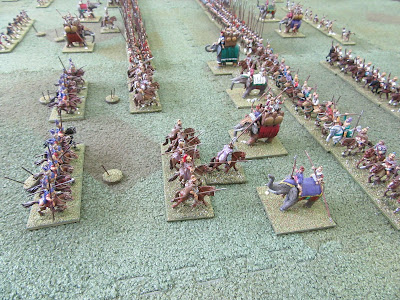 39 plays 83 means a big, almost bloodless victory for Seleucus and Lysimachus. There are new sheriffs in town!
Posted by Prufrock at 11:14 AM