Readers who have had the dubious distinction of following this blog for a while may know that my first organised wargaming was with Warhammer 3rd Edition, and that I have periodically felt a whimsical nostalgia for that carefree time, when using someone else's figures in someone else's spare room made me an enthusiast, not a sad loser. As it so happens, a chance came up recently to put some nostalgia on the shelves, as it were; just as I was saying to myself 'What on earth am I thinking? I'm never going to pai...' I put that thought aside and bought them. 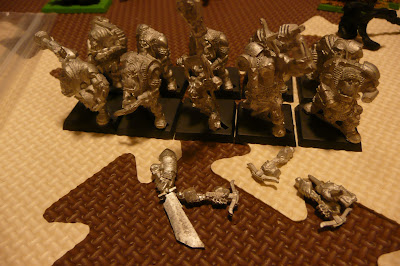 Armoured Orcs of some kind, with a Goblin standard bearer. Metal, and proud of it. 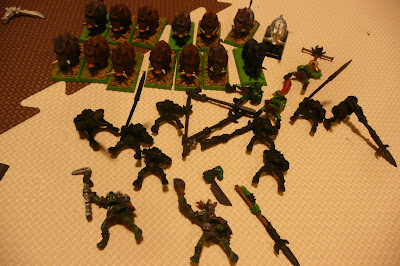 Some boar riders. There seem to be 10 boars and riders in one set, plus another couple of command figures. Altogether there are 16 boars and about the same number of riders of various types. Boar riders were the glamour unit in our first few battles, so it would be great to get these into fighting trim. They are in pretty good nick. There are a few porcine tails missing, but I think we can get away with that. The mounts are plastic but the riders are all lead. 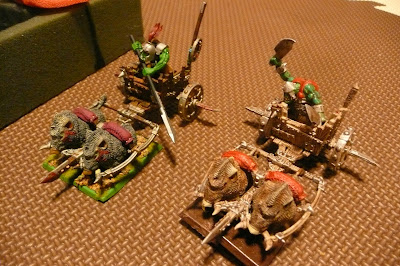 Two Orc chariots, and mostly painted, too. They don't sit flat, but why should they? They're Orcs, after all. These are plastic. 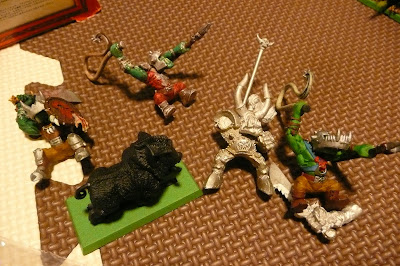 Some extra riders and chariot attendants. 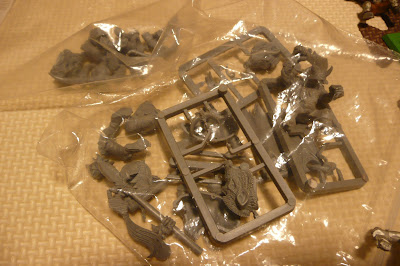 A few bits and pieces in the spares bags. Probably another boar and rider plus some decorations if needed. 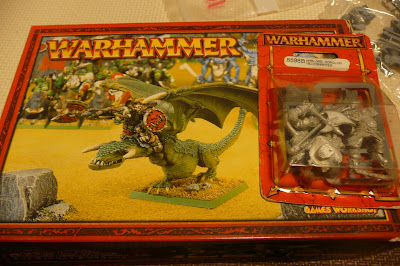 Finally, there's a Wyvern in box, and another kind of Orc character on a boar.