Well, it's been more than the week originally envisaged, but we're starting to see a bit of progress on the Roman Civil War figures.

It's a bit of a tricky project, because most of the figures were purchased off ebay some time ago, but the paint jobs are of quite wildly varying colours and quality, which means that to standardize the look I'm having to repaint everything on those figures except for flesh and armour. I've also expanded the project by around 200 figures, so these have had to be painted and integrated into the units as well.

On top of this, I settled on a basing scheme which sees each unit comprised of 18 figures (2 or 3 of these being command) arranged in two 40x30 bases (6 figures each) and 2 40x15 bases (3 figures each). This may seem like a pointless exercise, but there is reason behind it: I like my Romans to be in at least two ranks, and this way I can play Lost Battles scenarios with veteran units of 12 figures and non-veterans of 18. Thus it will be easy to see at a glance which units are which, while still having the smaller units look decent. One thing I don't like about the look of Lost Battles when played with my DBx basing is that the 8 man veteran units just don't look like they could stand up against Geoffrey Boycott's old mum, much less a 32 figure block of levy phalangites!

The basing shouldn't be a problem in a larger sense either: these armies will be fairly self-contained, only really fighting each other, or my Gauls, who are based quite similarly.

And what's left to do?  I still need to finish off painting the command figures, and then bring the remained 80 or so painted types into line with my own standards and style. Then it will be get all the shields looking more or less compatible, do some unifying highlights, dip where necessary, give a couple of coats of Klear, spray varnish, and then flock.

There's still a bit to do, but we're getting there - and it's feeling good to see progress.

We're trying to go to this: 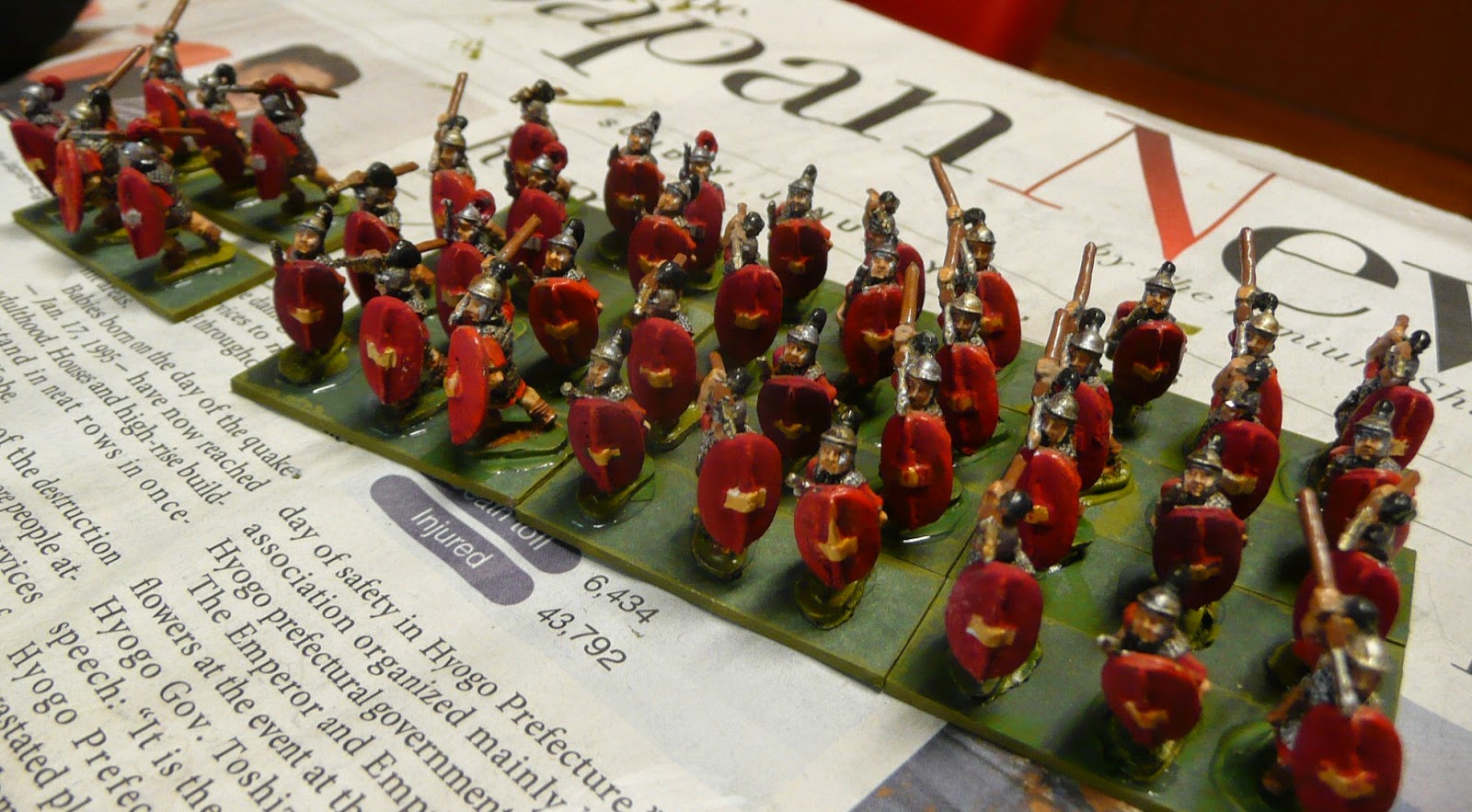 There were some figures that were rather easier to get sorted. These ones were sent over by Simon "To the Strongest!" Miller, and are 'Roman Argyraspides' from the Isaurus line, I believe, with command figures and artillery from Donnington. All I've had to do to these is green their stands.

These likely lads will come into play as eastern recruits. 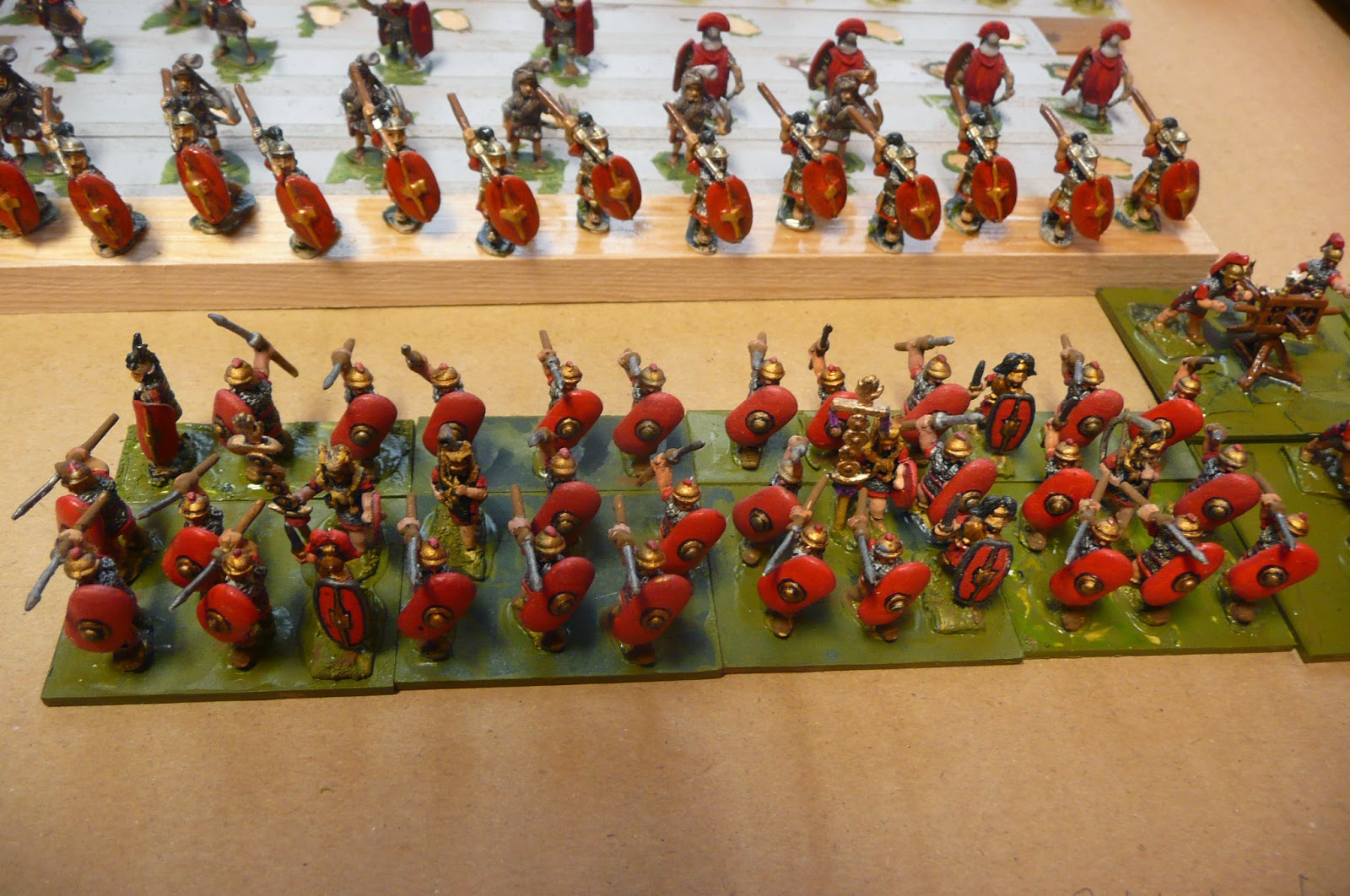 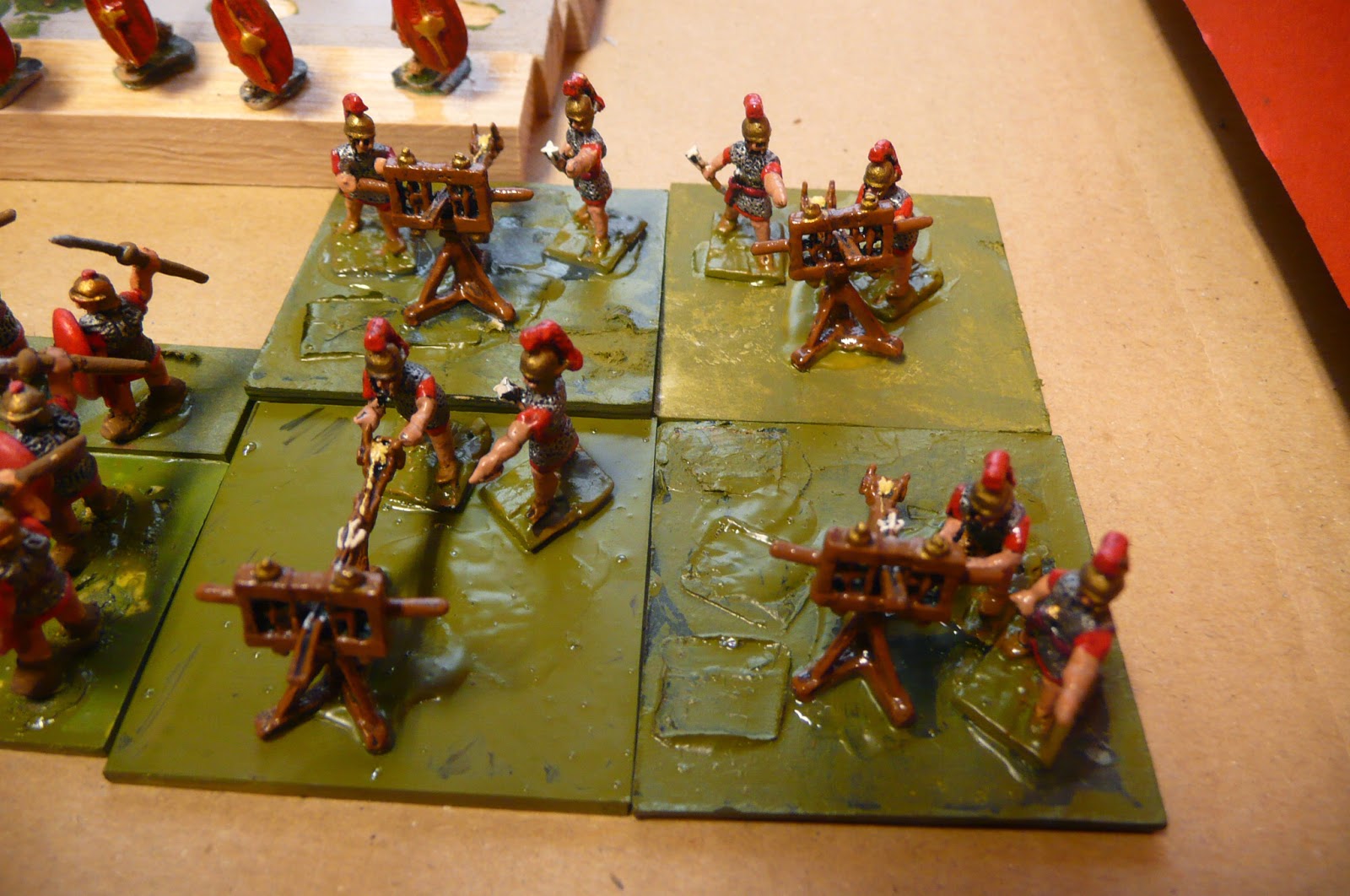