I've got the game Caesar XL by Victory Point Games on my table at the moment.  It's a two-player strategic-level take on the battle for supremacy between Caesar and Pompey.

Using only 40 counters, a small sized map and a number of cards it doesn't take up much space to play. The rules are easy to figure out and seem to be complete to this point (ie, I've had no questions that the rules don't answer), which is a lot rarer than one might think!

It's turning out to be a fine little game, even when played solo, which is especially good for me. There are some lovely little touches such as legions being able to increase in experience over time and the cards add in some nice twists and a bit of historical flavour, usually manifested in the ability to recruit extra forces, fill up the coffers, or up performance in a battle.

One credibility strain is that leaders (aside from the big two themselves) arrive throughout the game by card draw, so Cato can end up fighting for Caesar or Antony throwing in his lot with Pompey.  To balance this quibble, the victory conditions are quite clever and add an extra level of decision making to the whole.

I do wish that the counters had been die-cut more evenly and the map image was higher resolution, but as VPG is a small operation such things are easily forgivable, especially when they don't detract from play. 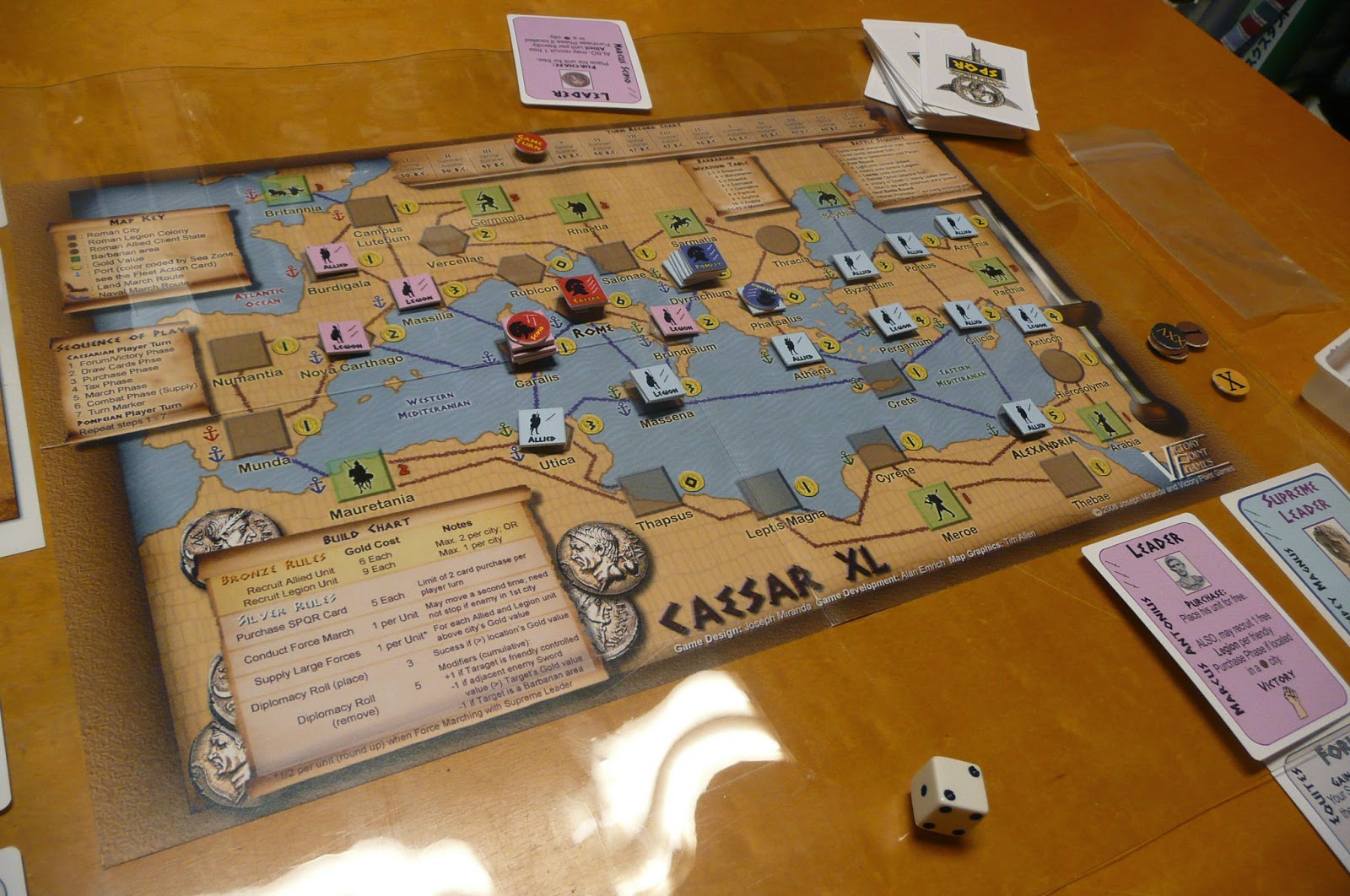 I'm only one play in but indications are it will be a keeper. You never know, on candlelit occasions with the kids in bed I may even be able to convince my wife to give it a go!