First painted figures of the year

After ten days fairly intensive painting I can happily report that there is a new force to be reckoned with on the Prufrockian battlefield: sixty-four Roman heavy infantrymen, thirty-two allied Italian infantrymen, sixteen velites, six command figures and eight supporting slingers for a total of one hundred and twenty six figures for the month (and the year) so far.  For me, that is pretty good going!

The bulk of these figures were part of a prize I won in a Commands & Colors: Ancients tournament.  I painted up the first sixteen hastati not long after I got them, but the rest have been sitting in a box for a very long time indeed.  It is rewarding to have finished them.

So, without further ado, here they are!

Principes and triarii, all Strategia e Tattica figures with the exemption of the eagle-bearer, which is a Chariot figure: 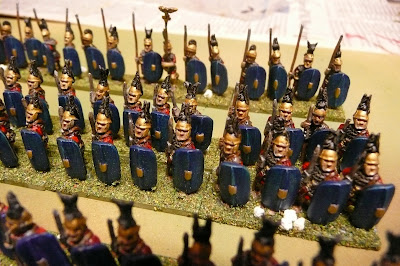 The entire lot, with all of the heavy infantry and half of the velites being Strategia e Tattica figures: 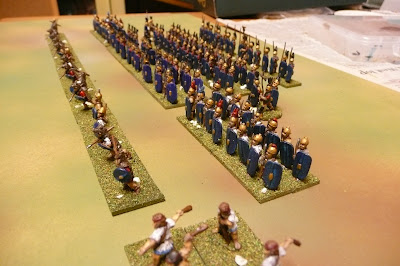 The Strategia e Tattica velites, with a Chariot one next to them in the wolfskin: 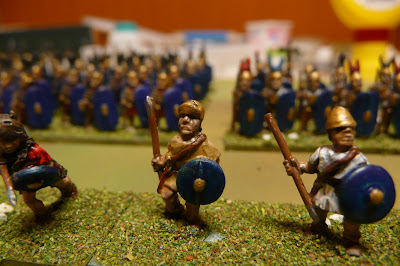 The army from the rear.  The command figures are also from the Chariot range: 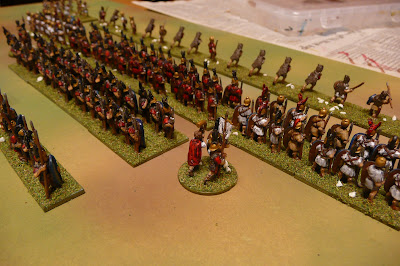 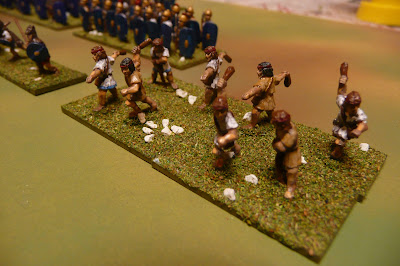 The whole job lot in their box, waiting for the glue to dry: 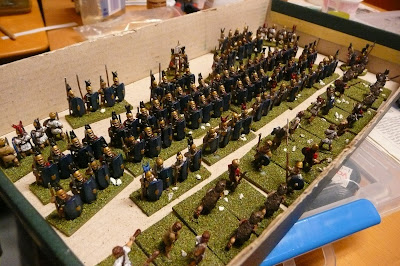 These fellows will supplement my Chariot Romans, and I'm so pleased with them I'm going to put in another order with Roberto and Paolo at Strategia e Tattica to bring the allied legions up to strength.

They turned out very well (bar a few grumbles with my own performance) and I will even go so far as to put up a review and comparison of the figures in a later post.