The weekend has seen a couple of terrain items finished, some new 1/3000 ship packs bought, and a few Navwar models varnished.

The new camps, enclosures and pond should do the trick, I hope. 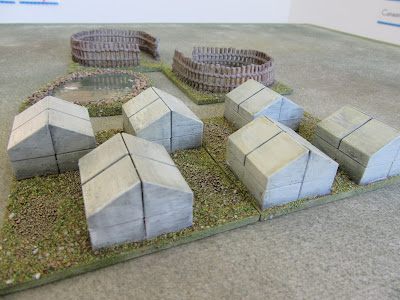 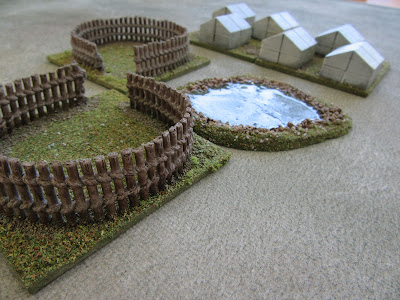 I'd been meaning to pick up the last three Fujimi 1/3000 model expansion kits and finally did so. Unfortunately, most of the shops double up with those in the packs I already have, so that's a slight disappointment.

It's my own fault: I suspected this already, but rather than fiddle about trying to read the kanji in the shop, I just bought them anyway.

I can use the destroyers of course, but there are only so many Yamatos, Musashis, Akagis, Kagas and Nagatos a man needs. The good thing is that I can use the extras to experiment with painting. I find plastic models harder to paint than metal ones, so I might well end up being grateful for getting a second go! 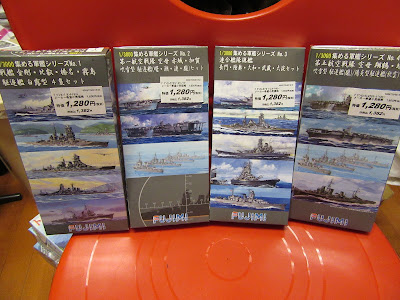 Hopefully there will be a few more finished 1/3000 models to game with in the near future.

Email ThisBlogThis!Share to TwitterShare to FacebookShare to Pinterest
Labels: 1/3000, Terrain