To keep myself sane between bouts of work and assignments due I've decided to run through a little Alexander campaign using the boardgame version of Lost Battles. Oddly enough, in all my years of playing Lost Battles, I haven't actually played through the Alexander scenarios. I did a couple of turns of the Granicus for a video tutorial, but as far as I can recall, that's all.

I had been waiting to finish painting up my Persians to do the Alexander battles, but as the big guy in the sky alone knows when that project may ever be completed, what's wrong with cheating a little and using the boardgame for its intended purpose?

Anyway, I played through the Granicus scenario last night, so here's an account of the affair.

Deployment turn, with the Persians in the foreground. They have a line of horse defending behind the river with mercenary hoplites off table ready to march into prominence. Alexander commands his right, with the Macedonian cavalry and the hypaspists as his main strike force. The phalanx is in the centre, and Parmenion holds the left. 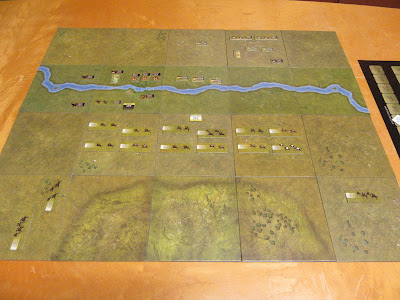 Here it is transposed to our representation. Blue represents the Persians, red the Macedonians. 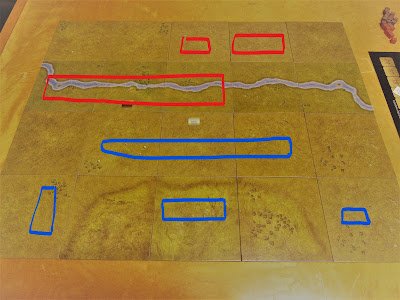 On turn two the Persians engage the Macedonian right and the hoplites come onto the field. Alexander attacks; Companion cavalry advances to engage the Persian left; Parmenion advances. Turn three has the Persians outflanking Parmenion and reinforcing the centre with the Greek mercenaries. A lack of commands limits the effectiveness of the Persian attacks, but the phalanx is under pressure crossing the river.

Alexander is forced to pull back the Agrianians and the Prodromoi after heavy fighting. The hypaspists advance to bear the brunt of the Persian resistance while Alexander himself probes for a weak point. 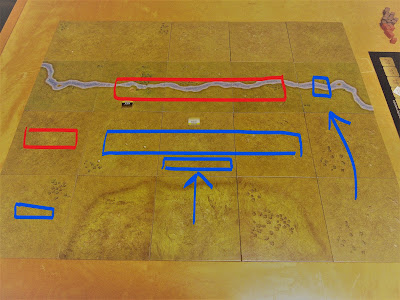 On turn four a powerful Persian attack supported by the Greek hoplites sees the central phalanx waver, but it holds due to a timely intervention of the Gods (the 'Favour of the Gods' counter was played by Alexander to force a re-roll of a spectacularly successful Persian attack; an attack which could not be repeated so effectively the second time).

The Companions are victorious on the far right of the Macedonian line. 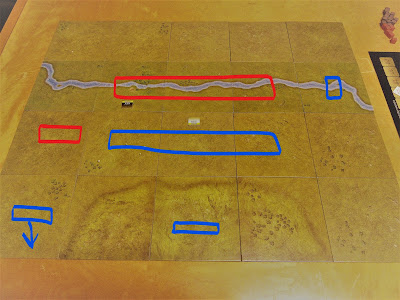 On turn five the Persian line continues to crumble. The left gives way as Alexander commits himself to the forefront of the fight. 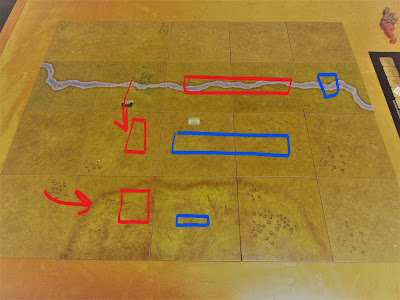 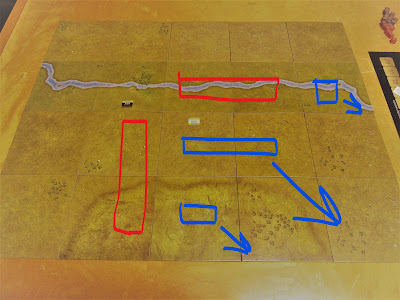 After victory points are tallied, the Macedonians and their young king have won a clear - bordering on major - victory, and Darius III has a fight on his hands. 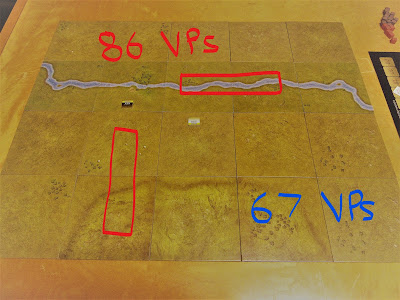 So, a good start for Alexander. He was fortunate indeed to have the Gods on his side!