With reports of a horde of Vikings having landed nearby, the local thane has called out heathguard and villagers to stand against the northern menace.


The archers on the Saxon right are quickly overcome. 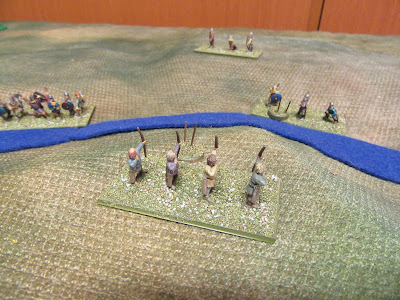 In the centre the marauders cross the stream, to be hit by a hail of javelins. The Saxon left is also assailed. 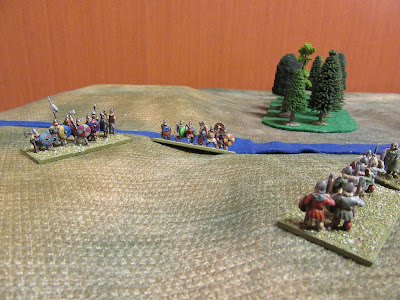 But the first northmen across the stream, undaunted, charge into the shieldwall. 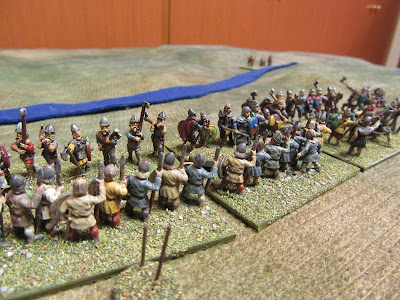 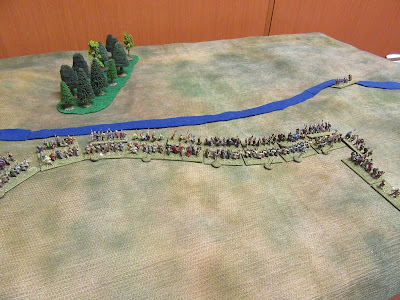 The fighting is furious, and the lines begin to waver on both sides. 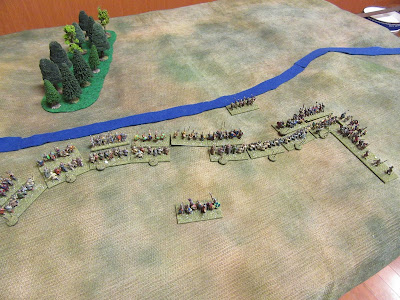 It seems for a moment that the Vikings may have had enough. 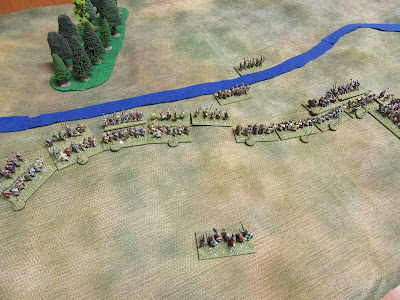 But it is not so. 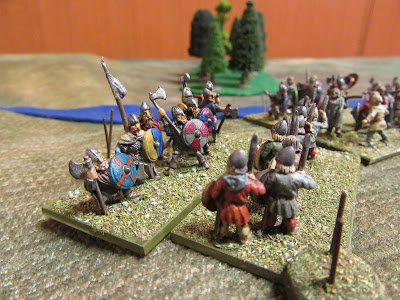 Instead, it is the Saxons who begin to give way. 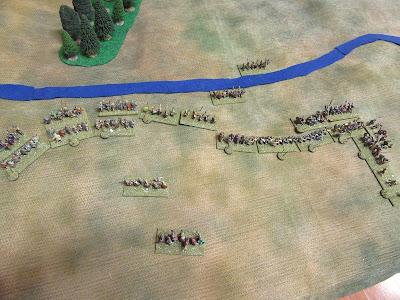 The fighting on the Saxon right is vicious. 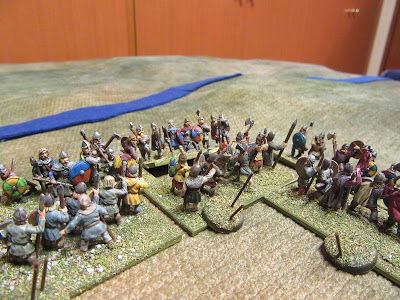 The line may hold... 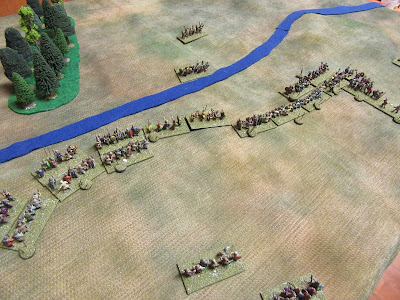 But the Vikings have come too far to give up. 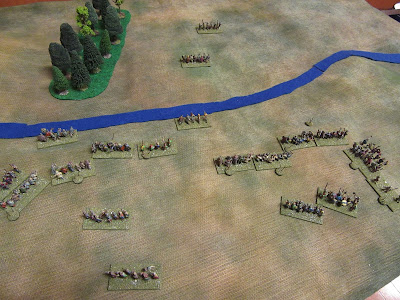 In the confusion they cut down the Saxon thane, and the battle is won. 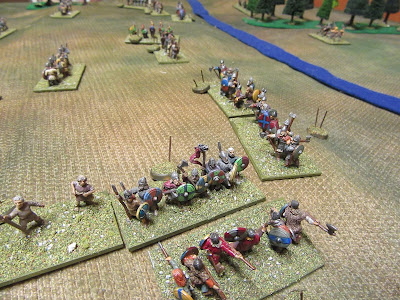 With the route to the village now open, we avert our eyes from the Vikings' rapacious appetites, and prepare instead for Wales vs England in the rugby...