I thought I'd post some shots of my recently finished 15mm Iberian army.

The figures are a mix of Old Glory and Magister Militum/Chariot, with four Essex cavalry in there to make up numbers.

This army will rarely fight on its own; it will most frequently be broken into constituent parts as allies for Rome and Carthage.

Depending on which set of rules I'm using, there are three to five units of medium cavalry, or 15 bases altogether. 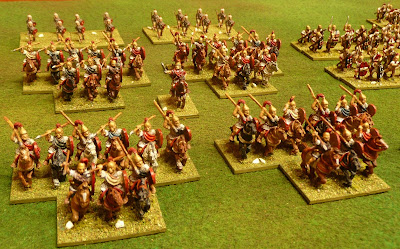 There are 8 bases of light cavalry, so there are two to three units there, as well. 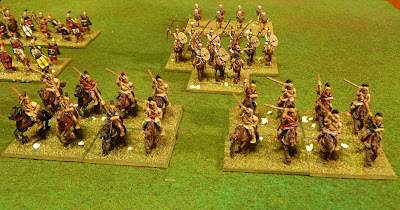 There are nine units of caetrati light infantry, or 36 bases. 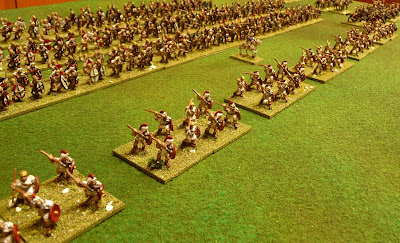 Of Iberian scutari there are 28 bases in seven units.

And of Celtiberian scutari there are 44 bases in eleven units.

I do like my Iberians and hope that they will perform creditably! 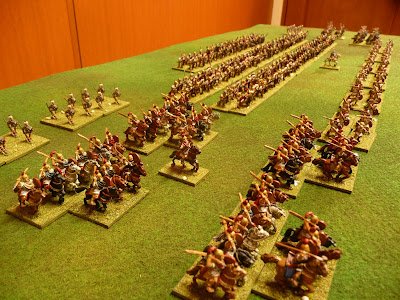