One board game in my collection I purchased with high hopes but haven't properly sat down with is Mark Simonitch's Normandy '44. I decided therefore to lay it out and play through at least a couple of turns.

The rules are fairly straightforward, but there are some interesting additions to your bog standard hex and counter rules. Firstly, there is a special kind of zone of control called a hex bond which allows very tight defence lines to be established through which enemy units may not advance, retreat, or trace supply. Secondly, attacking units must nominate a 'main attacking formation' which fights at full strength and that can be supplemented by other units which attack at half strength. Thirdly, there is a 'determined defence' rule, which allows defending units that receive retreat results in combat to roll on a table which may permit them to stand fast, possibly at a cost to themselves.

Anyway here are a few shots of my progress. As usual, the game is being played solo. 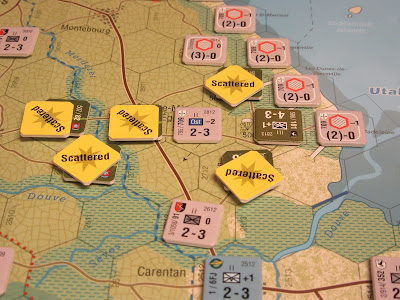 Bad jumps for the 82nd and 101st Airborne. High casualties, and the troops are badly scattered. 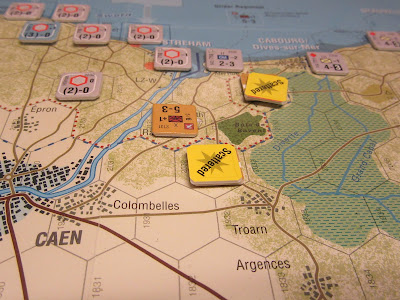 The British jumps don't have a lot of joy either. 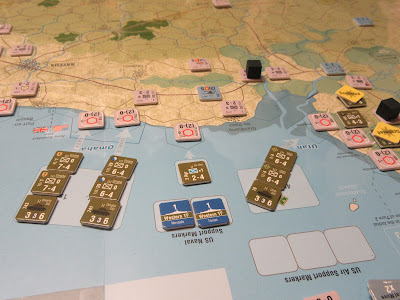 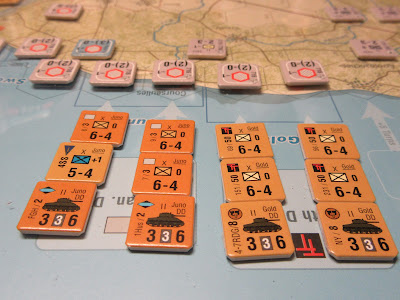 The invasion forces: Canadian and British. 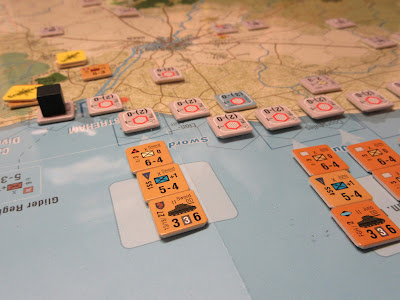 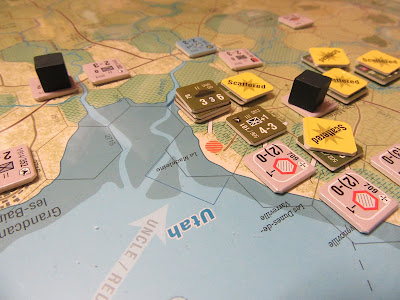 The landings at Utah are very successful. 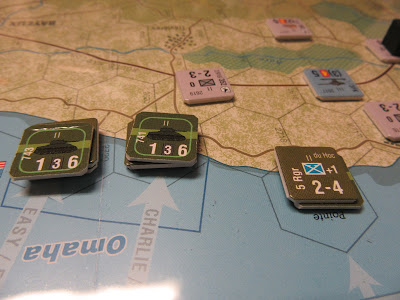 Those at Omaha less so, but they are there. 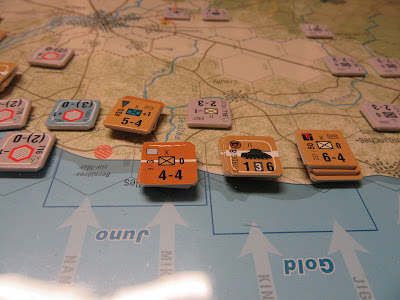 The forces landing at Gold and Juno take a lot of step damage, but all units survive. 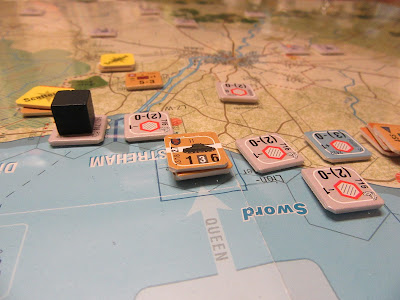 So too at Sword. 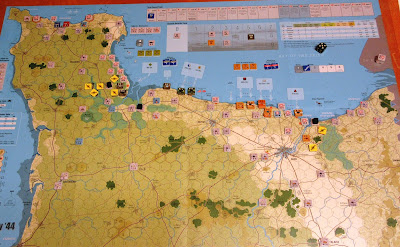 The overall view is of success. The troops have got ashore. Most of the armour is spent, but there is quantity and quality to resist the German counter-attacks.

German and then Allied turns follow the landings. At close of June 6th the positions look like this. 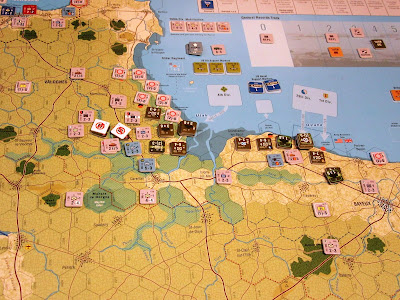 The US sector has seen German units converge on the bridgehead. The 82nd Airborne is isolated and in all kinds of trouble, but if they can last the morning of the 7th they will be rescued. 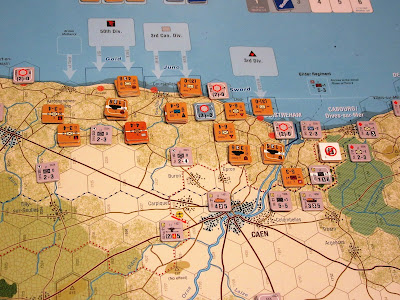 The Canadians and British have done well in their sectors. The have avenues of advance and Caen looks inviting. 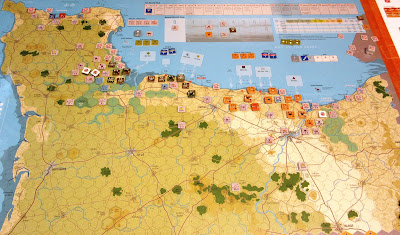 And the overall position at close of day.

There are 22 turns to the game, so I'm not sure that I'll get through them all. It does look already to be a game worth learning properly with a view to playing face to face or over VASSAL.